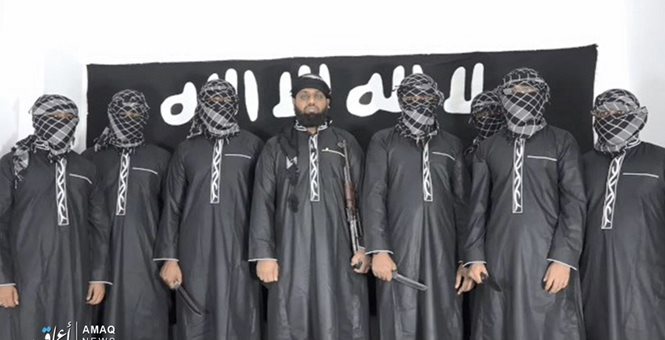 Yesterday the Department of Justice announced the indictment of two Somalian refugees after they attempted to join ISIS in the Sinai Peninsula.

According to the indictment the two men, Ahmed Mahad Mohamed and Abdi Yemani Hussein, started hitting the gym in order to get stronger so they could easily perform beheadings.

“On or about June 26, 2019, MOHAMED told the UC (undercover FBI agent) that he and ‘abu’ jihad started going to the gym so they could get stronger and ‘behead those kuffar,'” the indictment states. “MOHAMED indicated that he wanted to make hijrah and asked for help from the UC. MOHAMED state that he was ‘a lion bu killing the kuffar and behading.’ In addition, MOHAMED told the UC, ‘if I go to Syria I want to be the behading person wallahi this kuffar I want to kill them so many I am thirsty their blood.’ MOHAMED indicated he wanted to travel to Syria, Egypt and/or Iraq.”

Kuffar is another word for infidel or non-Muslim. Hijrah is defined here as Islamic immigration or movement.

“According to information provided by the Department of Homeland Security, MOHAMED is a 21-year-old lawful permanent resident of the United States who currently resides in Tucson, Arizona, and originally entered the United States as a refugee from Somalia. HUSSEIN is a 20-year-old refugee from Somali who also currently resides in Tucson, Arizona,” the indictment continues. “Over the past several months, MOHAMED and HUSSEIN have repeatedly demonstrated their allegiance to and support for ISIS, and have discussed their desire and plans for joining ISIS overseas, in the course of various electronic and audio recorded conversations with an undercover FBI Agent.”

The two men purchased flight tickets scheduled to leave the United States with a destination for Cairo, Egypt on July 26, 2019. They were arrested after going through airport security.