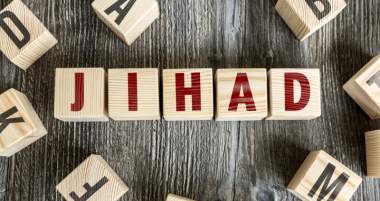 With news about a jihadist attempt to poison the food of 40,000 Indian worshippers, it should be noted that this method of terrorism is an ongoing threat — and not just in the Far East, either. In fact, Muslims in Canada some years ago contemplated a plot to kill 100,000 people by toxifying food or water.

The latest such attempt, in India, was an Islamic State scheme to poison the “mahaprasad” of a famous temple called Mumbreshwar Mahadev. A mahaprasad or “prasad” is an event in which a large smorgasbord of food is offered to the gods in Hindu temples and then later consumed by worshippers.

The day the suspects planned to poison the prasad, the food “was consumed by at least 40,000 devotees,” reported Zee News July 25.

The prasad celebration took place March 4th, and suspects associated with the plot were arrested in January, but details about it were released just recently (video below).

Unfortunately, jihadist mass-poisoning schemes are neither restricted to India nor anything new. As Jihad Watch proprietor Robert Spencer reports, “Al-Qaeda has long considered the contamination of food as a jihad mass murder tactic. And in 2017, the Islamic State called on Muslims to poison food in Western supermarkets.”

This happened at least twice in Britain: In “February 2008, according to the Evening Standard, ‘two shop-owners were today fined for selling chocolate cake — which had been sprinkled with human feces,’” Spencer continued.

In “March 2009, the Hamilton Spectator reported that a Muslim woman named Mastoora Qezil ‘has been charged with allegedly inserting 13 sewing needles into packages of meat products found in a grocery store,’” Spencer further relates.

“The following month, the BBC reported that ‘a chemist who contaminated food and wine in Gloucestershire supermarkets with his own urine and feces has been sent to prison for nine years.’”

And in May 2013, seven Muslim “chemical engineers” were caught trespassing at the Quabbin Reservoir, a key supply of water for Boston, after midnight. Only months later and indirectly did we hear that it was a “criminal matter.” A month later, locks were cut at the aqueduct that supplies water to Greater Boston.

Also in May 2013, jihadists were caught in Canada who had considered poisoning air and water to murder up to 100,000 people. In October 2013, the FBI was investigating a possible water supply threat in Wichita. In January 2014, a Muslim broke into a water treatment plant in New Jersey.

Of course, the best way to reduce the incidence of jihadist poisoning events is to keep terrorists out of your country. Unfortunately, Western (im)migration policies have just the opposite effect.

While the Islamic State was vanquished on the battlefield and lost its caliphate in Iraq and Syria, the unrest in the latter was used as a pretext for mass Muslim migration into Europe; the result has been burgeoning crime, sex attacks on women, cultural disruption, and an increasing terrorist threat.

The kicker is that most of these migrants aren’t even legitimate refugees. Just consider the testimonial of Dr. Mudar Zahran, a leader of the Jordanian Opposition Coalition currently living as an asylee in the United Kingdom.

While himself a self-described “orthodox Muslim,” Zahran nonetheless stated in a 2015 Glazov Gang interview that there’s a “genuine problem with Muslims in Europe.” This is only exacerbated by the new Islamic arrivals, who, he said, are in the main not imperiled in their homelands, but are economic opportunists.

Unfortunately, according to Zahran, a number are also something else: “I can authoritively [sic] confirm — I have photos, I have images, I have pictures, I have names of terrorists who actually are already in Europe posting their photos in Europe on Facebook,” he said.

Migration poses the same problem in the United States. Thus is tolerating the illegal variety suicidal: With countless thousands of unknown quantities entering our nation yearly, logic dictates that a certain percentage will be criminals. Of course, the stories of illegal-alien crime are legion. But logic dictates as well that a certain percentage, albeit a far smaller one, will be terrorists.

The jihadist threat is also why President Trump’s ban on immigration from terrorist spawning nations — condemned in the media and challenged by usurpative judges — makes sense. After all, it has been established that such newcomers cannot be effectively vetted. And if a nation admits one million Muslims and only one-tenth of one percent constitutes terrorists, that’s 1,000 violent jihadists.

Speaking of which, the Islamic State has made clear its aim to disperse jihadists throughout the West via migration. So while defeating its Mideast caliphate was a good thing, a certain question demands an answer: