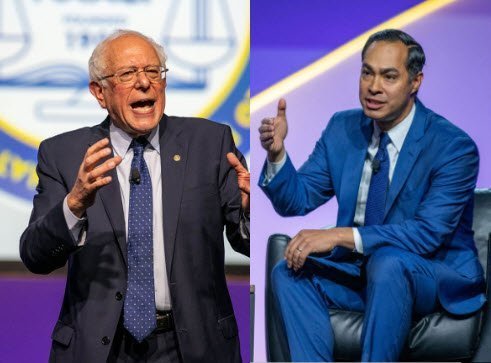 Sen. Bernie Sanders, I-Vt., and former U.S. housing secretary Julián Castro have confirmed their attendance. The groups have invited other “top leading” Democratic presidential candidates, as well as President Donald Trump, according to a news release set to go out Monday.

The forum will take place at the George R. Brown Convention Center, the site of the annual ISNA event. Candidates will take part in one-on-one moderated sessions, a similar format to prior presidential forums in Houston focused on women of color and education.

Event organizers expect 30,000 people to attend the ISNA convention, according to the news release. The hosting organizations are the Islamic Society of North America, the Muslim Public Affairs Council and the Emgage Foundation, a nonprofit focused on Muslim American voter turnout.

“Our community is paying attention to how politicians engage with us, and is differentiating between those who say that they stand for religious freedom, and those who back it up with actions,” said Wa’el Alzayat, CEO of the Emgage Foundation. “Attending this event and speaking directly to our community in these critical times is a perfect example of the latter.”

During the 2018 midterm elections, Florida, Michigan, Ohio and Virginia collectively saw a 25 percent increase in Muslim voter turnout compared to 2014, according to a study conducted by Emgage.