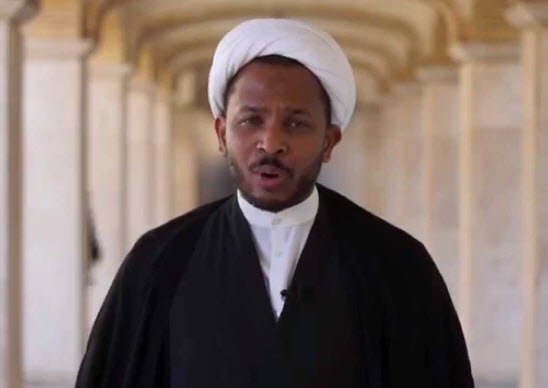 On May 29, 2019, the Michigan chapter of the Council on American-Islamic Relations (CAIR) and the Association for Spiritual Renewal co-hosted a “Know Your Rights” seminar on “civil rights at the border, at home, and when stopped by the police.”

Despite the ostensibly progressive causes championed by the seminar, one of the main speakers was Usama Abdulghani – head of the Association for Spiritual Renewal. A closer look at past lectures given by Abdulghani raises, once again, questions about CAIR’s ties to fundamentalists, and its commitment to women and minorities’ rights.

According to his website, Abdulghani, a Shia cleric in Dearborn, Michigan, was born in Washington DC but moved to Qom, Iran at 20, where he studied Islamic law. Abdulghani’s website contains numerous videos of his speeches, lectures, and sermons — many of which promote the Iranian regime and its Supreme Leader Ayatollah Khamenei, as well as Hezbollah and the Iranian Revolutionary Guard. His videos also espouse vicious misogyny, anti-Americanism and anti-Semitism, often echoing Iranian regime calls for Israel’s annihilation.

In one video, titled “Accepting Husbands Leadership,” Abdulghani explains that women must be subservient to their husbands and submit to their sexual desires: “She’s not supposed to leave the house without his permission…. If he says ‘stay in the house’, no. You’re not supposed to go…. The other one is willing sexual surrender in the bedroom…. That she submits to him and presents herself for his desires…. The last area of accepting the husband’s leadership and respecting him and obeying him will be listening to him and following his instructions.”

In numerous other videos, Abdulghani accuses the United States and Israel – which he refers to as “enemies of Islam” – of creating ISIS. In a video called “ISIS United the Believers,” images of U.S. president Barack Obama and Israeli prime minister Benjamin Netanyahu are shown while Abdulghani narrates: “One of the things that the enemies were trying to do was they were trying to create a group called ISIS. And this savage, unthinking group would come in and they would cause Shias and Sunnis to fight one another. One of the things we need right now is to save Israel’s behind, right? We need to save Israel. How can we save Israel? Have Muslims go over and kill one another.”

In yet another video called “World Powers VS Imam Mahdi,” Abdulghani repeats the claim that the West supports ISIS. He then says, “If the people knew, the masses knew, the beauty of our words they would follow us. Does that mean the tyrants are going to be happy? When you say Quds Day, that’s the wrong expectation.”

The video then cuts to a clip of Netanyahu’s speech before a joint session of Congress: “Iran’s Supreme Leader, Ayatollah Khamenei, he tweets in English that Israel must be destroyed. Listen to Hassan Nasrallah, the leader of Hezbollah. He said: ‘if all the Jews gather in Israel, it will save us the trouble of chasing them down around the world.”

Abdulghani then continues: “When they hear that our prophet said the best type of jihad [is] telling the truth to a tyrant, in the face of a tyrant, not being afraid, explaining what Islam is.” The video then cuts to Ayatollah Khamenei, with translated subtitles quoting him saying: “If they [Israel] do a damn thing, the Islamic Republic will raze Tel Aviv and Haifa to the ground.”

Many more of Abdulghani’s videos promote the Iranian regime and the Revolutionary Guard, as well as Hezbollah, which is designated a terrorist organization by the U.S, E.U, Canada, Australia, the Arab League, among others. In a dramatic video called “Don’t Mess with Us, We’re Muslims,” Abdulghani narrates while clips of Hezbollah leader Hassan Nasrallah and Ayatollahs Khamenei and Khomeini are shown along with Iranian warplanes and missiles attacking targets. The video ends with words on the screen: “Israel is more fragile than a spider’s web. #Death_To_Israel.”

Although it is not clear whether Abdulghani has official ties with the Iranian government, his videos have been published by the Iranian news agency Rasa(which is “dedicated to promoting the discourse of the Islamic Revolution”) and Mehr News (which is controlled by the regime’s Islamic Ideology Dissemination Organization).

Abdulghani’s appearance at the CAIR Michigan event shows that for all of CAIR’s talk about human rights and civil rights, it has no problem collaborating with advocates for the brutal Shia Islamist regime in Tehran. This is despite the fact that CAIR was founded by members of the Sunni Muslim Brotherhood. In 2007, CAIR was named as an unindicted co-conspirator in an enormous terror finance trial. And in 2008, the FBI decided to cut ties with CAIR, citing concerns about its involvement with terror finance organizations.

So why would an organization such as CAIR, which is so closely connected to Sunni Islamism, invite a Shia cleric who so openly supports the hardline regime in Iran and the terrorist group Hezbollah?

Part of the reason may lie in the complicated politics of the Middle East. Over the past few years, despite its institutional Wahabbi ideology, Qatar has increasingly served as a meeting point for both the Shia Iranian regime and Sunni Islamist networks. CAIR itself has received hundreds of thousands of dollars in funding from the Qatar government, which has enjoyed an increasingly friendly relationship with Iran.

More simply, however, extremists seek each other’s company. And in an effort to make fundamentalist Islam mainstream, Islamist groups such as CAIR work hard to convince others they are the spokespeople for all Muslim Americans, both Sunni and Shia.

By inviting hardline anti-American, anti-Semitic clerics and activists such as Abdulghani, CAIR aims to consolidate the varied strains of Islamism under its purview while also publicly positioning itself as the most representative forum for American Muslims.

Josh Eibelman is a writer for Islamist Watch, a project of the Middle East Forum