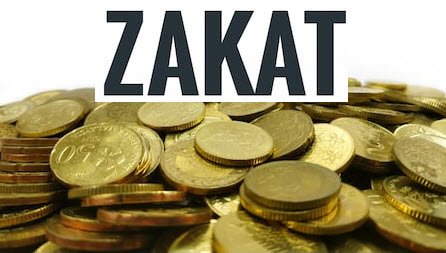 The Humanitarian Hoax is a deliberate and deceitful tactic of presenting a destructive policy as altruistic. The humanitarian huckster presents himself as a compassionate advocate when in fact he is the disguised enemy.

Barack Obama’s infamous June 2009 “New Beginnings” Cairo speech laid the groundwork for eight years of pro-Islamic policies at the expense of Judeo-Christian America. One of Obama’s least understood and most destructive promises made in Cairo involved Islamic terror financing disguised as charitable giving and humanitarian relief. This is how it works.

There are Five Pillars of Islam that govern Muslim life. They are acknowledged, obligatory, and practiced by Muslims worldwide:

1. Shahada – the profession of faith

Zakat, the Third Pillar of Islam, requires Muslims to deduct a portion of their income to support the Islamic community. It is a religious obligation, a mandatory charitable contribution or tax, usually about 2.5% of an individual’s income. Zakat sounds familiar and unthreatening like traditional tithing to churches, synagogues, and temples paid by Christians, Jews, and Buddhists around the world.

On June 4, 2009 in Cairo, Obama exploited that familiarity and promised the Muslim world he would make zakat easier for American Muslims saying, “Freedom of religion is central to the ability of peoples to live together. We must always examine the ways in which we protect it. For instance, in the United States, rules on charitable giving have made it harder for Muslims to fulfill their religious obligation. That’s why I’m committed to working with American Muslims to ensure that they can fulfill zakat.” So, what is the problem?

In August of 2004, Robert Mueller’s FBI had already discovered the infamous 1991 Muslim Brotherhood “Explanatory Memorandum on the General Strategic Goal for the Group in North Over North America.” The document was used as evidence in the 2007 Holy Land Foundation trial. The Memorandum, is the Brotherhood’s manifesto to settle America and make it Muslim. The Muslim Brotherhood is a multi-national organization and parent company of the terrorist group Hamas.

On July 23, 2007 the Holy Land Foundation for Relief and Development and seven principal individuals went on trial charged with:

On October 22, 2007 a mistrial was declared because the jury had been unable to deliver unanimous verdicts on most of the counts. The government streamlined its presentationand retried the case proving that the Holy Land Foundation was a Hamas funder fully controlled by Hamas, and that the principals knew the money they raised in the United States was being used to finance Hamas.

On November 24, 2008 the jury convicted five of the principals on various counts, and the Holy Land Foundation on all 32 counts.

The Holy Land Foundation (HLF) was a political organization disguised as a charitable organization. It was the biggest Islamic “charity” in the United States and existed to help Hamas jihadis eliminate the State of Israel and replace it with an Islamic Palestinian state. The terror-funding Holy Land “charity” and its defendants provided approximately $12.4 million in support. Unless Obama was unconscious for the two years between the Holy Land Foundation trial July 2007, the convictions November, 2008, and his Cairo speech in June, 2009, Obama knew that zakat was being used to fund terrorism.

The Holy Land Foundation was the largest terror-funding trial in U.S. history and was all over the news. The seven named defendants, and 300 unindicted co-conspirators were listed in government documents. The Muslim Brotherhood’s propaganda arm, the Council on American-Islamic Relations (CAIR), is one of the unindicted co-conspirators on the list. According to Justice Department records, “The Holy Land Foundation was the chief fundraising arm for the Palestine Committee in the U.S. created by the Muslim Brotherhood to support Hamas.”

Obama knowing that the Holy Land Foundation “charity” was guilty of financing terrorists still promised to find ways to help Muslims in America fulfill zakat. That brings us to Leo Hohmann’s stunning 5.18.16 article, “Refugees Sending Suitcases of Welfare Cash Home to Somalis.” WHAT??

In a jaw-dropping expose, Hohmann reveals that in 2015, “Men and women pulling ‘suitcases full of cash’ started showing up at Seattle’s Sea-Tac Airport holding tickets for international flights bound for Africa.” Law enforcement noticed. The suitcase haulers were Somali-Americans who had come to the United States as refugees. So far so good. The problem was that they were also cash couriers working for Islamic hawalas. Hawala is the Arabic word for “transfer.”

The hawala system is an underground method of transferring money outside of traditional banking or wire transfers. The hawala is a “trust” system used extensively by sharia-compliant Muslim immigrants sending money back home to avoid fees, and by Islamic terrorists to avoid a paper trail. Al Qaeda uses the hawala system and so do Somali suitcase haulers.

Kerns, a Seattle police officer and 14 year member of the FBI’s Joint Terrorism Task Force, decided to investigate the suspicious hawala transactions. Most Somali refugees receive welfare payments, so American taxpayer monies were being sent back to Somalia and Kerns wanted to determine how much of the money was going to Al-Shabaab, the Somali terrorist organization.

Hawalas are big business. Kerns recounted, “The first cash shipment discovered at Sea-Tac was a man carrying $750,000 in cash who told Customs officials he was transporting the money overseas. Over the next few months couriers carrying as much as $2 million boarded commercial flights at Sea-Tac. One Seattle hawala sent back $20 million in 2015.”

Kerns analyzed financial records filed with the Washington State Department of Financial Institutions and confirmed that the 10 hawala clients transferring the most money all were receiving welfare benefits. Kerns said that it was “Straight up fraud – every one of them.” Kerns suspected that if welfare fraud was being committed in Seattle, it was probably happening in other large Somali settlement communities in the U.S as well.

Kerns and an agent from another federal agency took their case to the U.S. Attorney’s Office in Seattle. Acting U.S. Attorney General Annette L. Hayes, an Obama/Holder appointee, was in charge at the time and refused to prosecute the case! WHAT? WHY NOT?

Philip Haney and Art Moore, co-authors of the book See Something Say Nothing: A Homeland Security Officer Exposes the Government’s Submission to Jihad, have the answers. Haney and Moore explain that Islamic supremacism is the problem, the idea of countering “violent extremism” is completely absurd. Obama’s pro-Islam policies were protecting Islamic terror financing that was disguised as charitable zakat, was derived from welfare fraud, and was being delivered by Islamic hawalas.

See Something Say Nothing exposes “. . . how deeply the submission, denial, and deception run. Haney’s insider, eyewitness account, supported by internal memos and documents, exposes a federal government capitulating to an enemy and punishing those who reject its narrative.” Haney explains how Obama’s administration, including the FBI under directors Mueller and Comey, launched sweeping changes in the way federal agents are able to screen out radical Islamists from entering the U.S. with a little known policy change not processed through Congress.

The “terrorism inadmissibility grounds” (TRIG) is an amendment to the Immigration and Nationality Act that created a statutory exemption provision through which the Secretaries of Homeland Security and State can exempt individuals from the grounds of inadmissibility:

So, Barack Obama exercised discretionary authority to ignore zakat infractions, institutionalized taqiyyah (lying in the service of Islam), and sacrificed American Homeland security to Islamic supremacist sharia law. Obama’s “words matter” memo imposed the sharia compliant demands of Muslim leaders on the Department of Homeland Security. This included stripping the intelligence and official communications of any mention of Islam in association with terrorism. Islamic terrorism was renamed violent extremism. Obama purged training materials that cast Islam in a negative light, erasing and altering vital intelligence on terrorists and terror threats. Barack Obama was the most anti-American president in United States history.

For eight years Barack Obama protected Islam at the expense of America. Whistleblower Philip Haney tried to raise American awareness of the existential threat of Islam because it is not a religion like any other. Islam is a socio-political movement disguised as a religion that is determined to establish a global caliphate ruled under supremacist religious sharia law. Simply stated, Islam’s unapologetic goal is to convert the world into a global Islamic theocracy.

The globalist Bush administration, and the pro-Muslim Obama administration both protected Islamic leaders and their supremacist beliefs at the expense of America, American citizens, and the Constitution of the United States. George W. Bush insisted that Islam is a religion of peace, Barack Obama insisted that Islam is a religion like any other. Islam is neither. Islam is an expansionist political ideology with a religious wing seeking world dominion. Today, the security of the United States of America is still compromised by the Bush/Obama political decisions to protect Islam at the expense of America.

The Culture War against America is being fought by the leftist/Islamist/globalist axis seeking to destabilize and overthrow our duly elected America-first President Donald Trump. The 2020 presidential elections will determine the future course of America. Will she remain a sovereign independent nation ruled by the United States Constitution? Will she devolve into a collectivist state ruled by leftists promoting socialism? Will she collapse into an Islamic caliphate ruled by sharia law?

The Holy Land Foundation breached the International Emergency Economic Powers Act prohibiting transactions that threaten the security of the United States. The Somali cash couriers did as well – their hawalas fund Al-Qaeda affiliated Al-Shabaab terrorists in Somalia. Al-Shabaab’s brutal persecution and genocide against Christians has depopulated Christian Somalis to only a few hundred in a nation of over 11 million. Islamic terrorism is murdering the opposition to its intended caliphate.

The humanitarian hoax of Islamic zakat continues to endanger America. Obama knowingly facilitated the deceitful use of zakat to fund terrorism, and his policies have not been reversed. America-first President Donald Trump must nullify Obama’s deceitful TRIG amendment that created the statutory exemption for Islamic zakat. President Trump must protect America and restore Homeland Security’s authority to prosecute those who exploit our welfare system to fund terrorism.

We must oppose Islamist expansionism and end the humanitarian hoax of zakat if America is to remain a free, sovereign, Constitutional republic. We must stand firm and proudly preserve our Judeo-Christian culture and moral values. We must never apologize for being American and for our signature ethos of hard work, equal opportunity, and the meritocracy which made America the freest, fairest, greatest nation in the world.

Islamists insist the world belongs to Allah. Islamists believe that using their mandatory religious obligation for zakat to fund worldwide Islamic terrorism is their duty. Islamists wrote the Muslim Brotherhood’s Explanatory Memorandum articulating its stealth civilization jihad to make America Muslim. The Muslim Brotherhood and every one of its seditious offshoots are dangerous enemies of the state and must be designated as terrorist organizations.