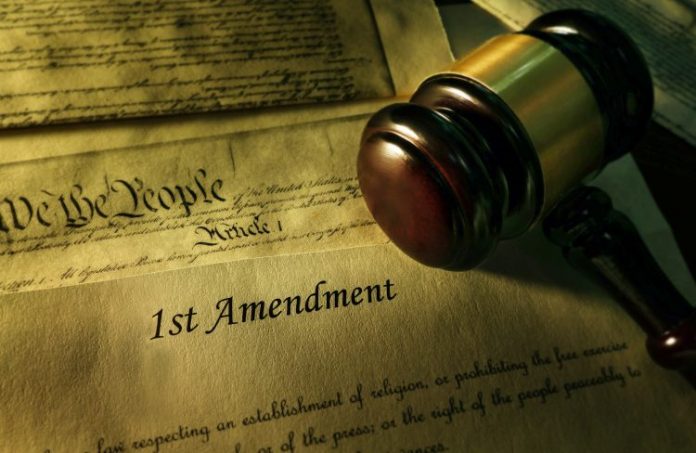 Source: Americans for Peace and Tolerance

NEWTON, MASSACHUSETTS. Taxpayers suing to stop anti-Israel and anti-Semitic history lessons in Newton Public Schools (NPS) have added to their lawsuit new claims under the First Amendment’s religion clauses. The amended complaint alleges that instructional and educational materials used to teach about the religion of Islam in NPS ninth-grade world history classes have no secular purpose, advance religious beliefs, and coerce participation in religious exercises.

As detailed in the extensively-documented 495-page complaint, public school students in Newton are evaluated and graded on how well they participate in Islamic rituals. Students are required to create banners proclaiming “there is no god but Allah and Muhammad is his messenger,” and their grades are penalized if they failed to comply. Teachers present disparaging Islamic religious beliefs about Jews and Christians as fact. Students must memorize, recite, and analyze Islamic religious texts, including verses from the Qur’an such as, “Is not Allah the best of the Judges?” and, “Surely Allah is High, Great.”

“While teaching about religion from a literary and historic viewpoint, presented objectively as part of a secular program of education, is constitutionally permissible in public schools,” said Karen Hurvitz, attorney for the taxpayers, “teaching religion itself is not. It is unconstitutional for public schools and their employees to promote religious belief, or to have the students practice religion.”

A significant research effort by Americans for Peace and Tolerance (APT), which was made available to the plaintiffs, brought to light the process by which these highly problematic instructional and educational materials on Islam have been developed, approved, and taught at Newton high schools.

Charles Jacobs, APT’s president, said, “There are reports that things like this are happening around the country. It’s outrageous. I hope this lawsuit provides a model for parents across America. We stand ready to help.”

“There is a manipulative dynamic at Newton high schools,” said APT executive director Ilya Feoktistov. “The most ideologically extreme teachers develop instructional and educational materials on controversial topics, and then influence other teachers to adopt these materials into their own curriculum.”

In addition to the First Amendment claims, plaintiffs allege that NPS, through their curricula, promote stereotypes against Jews and Israeli-Americans, in violation of the Equal Rights Amendment of the Massachusetts Constitution, the Massachusetts Student Anti-Discrimination Act, and civil rights regulations. According to the complaint, students are taught that Zionism has “little connection” to Jewish history in “Palestine;” that the Jews exploited the Holocaust to gain sympathy for Zionism at the expense of “Arab plight;” and that the Israelis treat the Palestinians like the Nazis treated the Jews.

Encouraged by the taxpayer lawsuit, Jewish and Israeli-American NPS students have begun to publicly speak out about the hostile environment they face in the school.

Plaintiffs seek a court ordered review of the NPS curriculum for constitutional and civil rights law violations, a declaratory judgment that NPS curricula violate the First Amendment, and an injunction against the use of unconstitutional curricula in NPS classrooms.

EMET Webinar: Military Challenges for the US and Israel in the Middle East – with Clare Lopez & Shoshana Bryen

From “Defund the Police” to “Defund Israel”