Knives kill far more people in the United States than rifles do every year.

In the wake of the horrific school shooting in Florida last week, the debate over guns in America has surged again to the forefront oft the political conversation. Seventeen students were killed when a deranged gunman rampaged through the Stoneman Douglas High School in Parkland Florida. Many are calling now for stricter gun laws in the wake of the shooting, specifically targeting the AR-15 rifle and promoting the reinstatement of the assault weapons ban.

However, recent statistics from 2016 show that knives actually kill nearly five times as many people as rifles that year.

One of the difficulties in the FBI’s statistics is the pinpointing of the exact type of firearm used in the overall number of gun murders. In over 3,000 cases, the firearm is not “stated.” This means it could be a rifle, handgun or shotgun used in the crime. 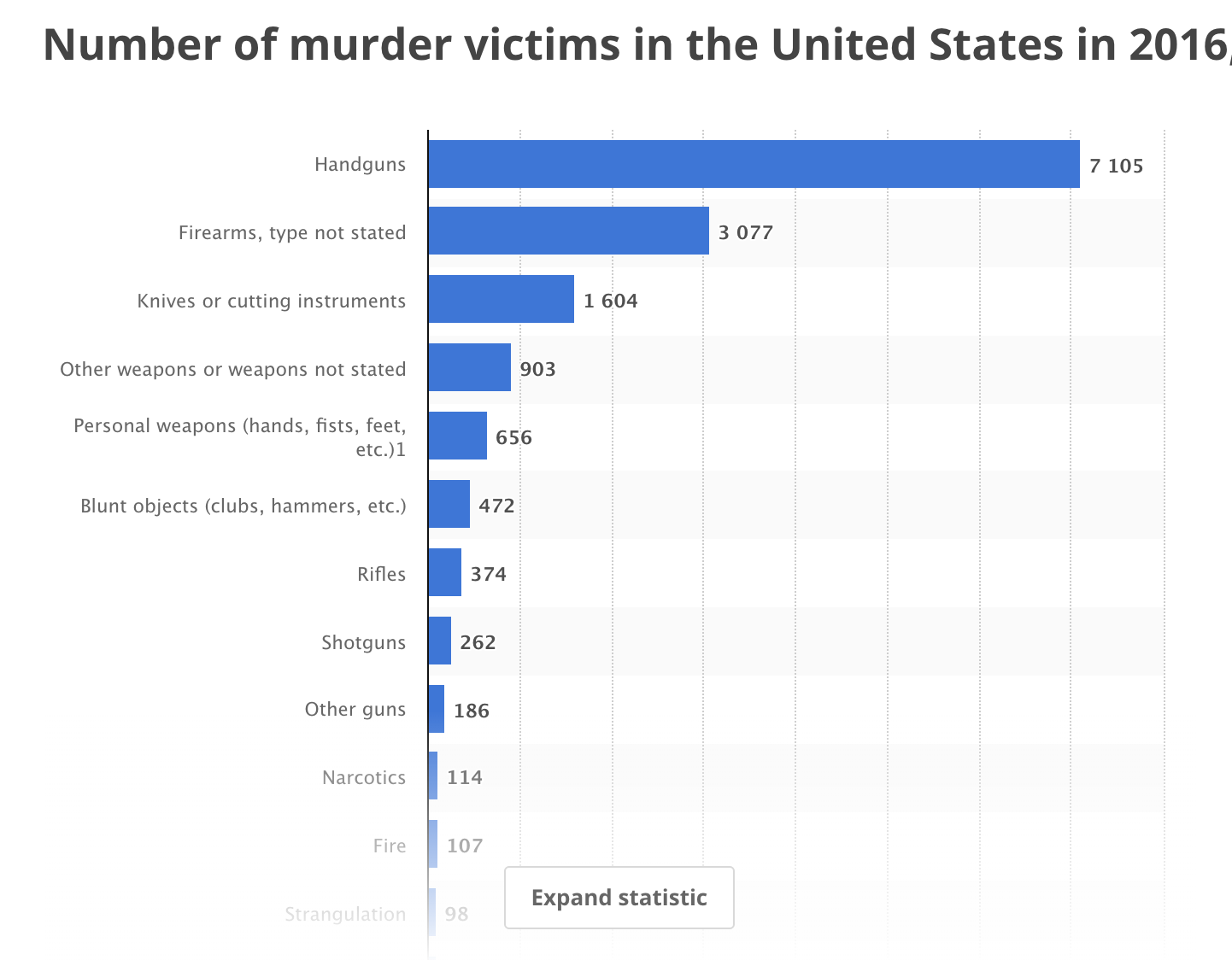 Handguns were not included in the assault weapons ban.

Writing on the issue of handgun violence, The Federalist makes this interesting point:

“But what about handgun murders?” you might ask. “They’re responsible for the majority of gun murders, so why don’t we just ban them and stop worrying about rifles?”

Easy: because gun bans and strict gun control don’t really prevent gun violence. Take, for example, Illinois and California. In 2013, there were 5,782 murders by handgun in the U.S. According to FBI data, 20 percent of those — 1,157 of the 5,782 handgun murders — happened in Illinois and California, which have two of the toughest state gun control regimes in the entire country. And even though California and Illinois contain about 16 percent of the nation’s population, those two states are responsible for over 20 percent of the nation’s handgun murders.