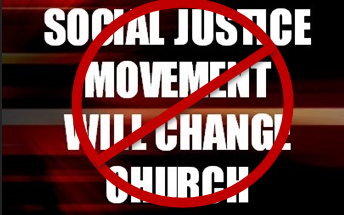 Words of wisdom in a repost below from the Remnant Disciples blog. The article struck me as timely because I have been feeling in my spirit that weare in a type of calm before the storm. While all the norms in our culture are being turned on their head, and it hardly feels “calm” to those of us who areawake, most Americans continue living the good life. What is coming in the not too distant future will catch them totally by surprise. Don’t get caught unawares.

There is smoke on the horizon.

When the winter is dry, and followed by a hot summer (often the case here), the earth is parched, the vegetation wilted and/or tinder dry, it can be ignited easily.

We can’t see the fire behind the trees, but we can see the smoke which covers the heavens and is spreading fast. The grass is green, the sun is overshadowed the haze, and the trees are still standing. But for how long? Some will  survive. The fire is needed though, because without it there will be no new growth. In our Australian landscape with its eucalyptus trees, the fire is needed to burst open the seeds from the trees so that there can be a new, thicker, more lush vegetation.

So it is with the Church. The smoke is on the horizon. The fire started before we could see the smoke. Soon the fire will be at our doorstep. The fires of hell are burning in the background. The target of the fire is the trees – the Church foundations – the Commandments, Christ’s teachings, the shepherds – many of which are turning out to be wolves in sheep’s clothing.

The smoke slowly envelops us  – new teachings – contrary to the Gospel and new morals and standards which slowly invade and take over a society that once belonged to God.

We rely on a few very sturdy trees – tall and strong – who can resist the fire of hell and the smoke of Satan. We hope that these trees will provide some shelter from this fire storm. We are blessed to have some tall trees amongst us – who are strong and sturdy, and who try to give us protection from the fire, which is fast approaching and destroying all in its path.

We have Cardinal Burke, Bishop Athanasius Schneider, Cardinal Mueller, Cardinal Walter Brandmüller, Archbishop Vigano, and we have Cardinal Pell.  During the past 2 years we have posted quite a few articles about this very strong and courageous cardinal. From his many deeds (here in his home country) and also way back to the synod of 2014 we took note of how he fought. He was one of the 11 Cardinals who dared to write and present a letter to the (pope) about the synod; he announced in a big voice and banged his fist on the table “you will not manipulate this synod” when they cut off his microphone. We all know about his false arrest, trial and imprisonment, but he has just spoken out again – this time from prison.

Then there’s us – who unite and join together to fight this fire the best way we can. We try to put out little spot fires: collecting and signing petitions against diabolical laws being imposed on our countries; we unite with other Christians and Christian lobby groups to fight against the evil that is raining down upon us – like cinders and ashes from the fire. This fire storm includes the acceptance of adultery, sodomy, abortion, and euthanasia not to mention the many heresies, blasphemies, twisted teachings and changes to the Sacraments, and the holy rituals which are meant to honour God which have been, or will be imposed upon us.

The fire is advancing! Read the whole story at Remnant Disciples.