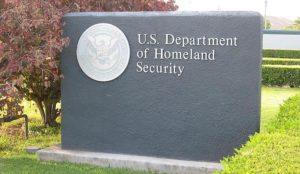 The Department of Homeland Security is poised to spend $35 million on a new Center of Excellence in Terrorism Prevention and Counterterrorism Research.  Universities will apply for grants to develop “multidisciplinary, customer-driven solutions while training the next generation of homeland security experts,” according to the press release announcing the Center.  “Once awarded, this COE will leverage emerging technologies and analytic techniques to provide innovative solutions for preventing and countering terrorism,” the press release went on to say.  The Center “will support academic-led innovation that supports DHS in staying a step ahead of emerging terrorist tactics.”

What does all this mean, exactly?

This publication asked DHS whether the new Center will focus on radical Islam and, if so, through what specific projects.  A DHS press officer indicated he would put the question to a staff member working on the Center, but initially just provided another grant document instead.

This response being totally inadequate and not what was promised, the Sharia TipSheet contacted the press officer again:

There was no response at all concerning the fate of DHS’ moves away from CVE early in the Trump administration.  With regard to the Center of Excellence and its areas of focus, the press officer responded:

The press officer later provided an additional response from a program manager:

So, there you have it.  The new Center will spend $35 million on fishing for new ‘comprehensive approaches’ to counter and prevent terrorism.  Pardon my cynicism, but it is not at all clear the taxpayers will receive anything of value for their money given the homogenized, generic, CVE-flavored gobbledygook in the press release and grant document.  This reminds me of an early experience I had as an intern with muckraker Jack Anderson.  I learned that the Energy Department had conducted a study of a new technique to make gasoline burn more efficiently and cleaner at a cost of a penny a gallon.  When I called up the Energy Department to find out what happened to the study, I was told that it was sitting on a shelf with all the other studies.

Meanwhile, the Koran still says 164 times in various ways ‘slay the infidel’.   The words are still on the paper and they’re not going away.  Your government wants you to believe those words had nothing to with the attacks on 9/11, Mumbai, or any of the hundreds of Islamist attacks since – that all those attacks were a perversion of Islam when in fact the Koran is very clear about what is to done with non-Muslims.  The Sharia TipSheet has taken on the mission of forcing the issue and getting the federal government to come to grips with the fact that unvarnished Islamic doctrine in and of itself is a threat to the homeland.

That is what my FOIA case against the FBI is about, what my queries above to DHS are about, and what my letters to my contact in the White House are about.  Job One for the federal government is to keep people safe and that can’t happen unless the government admits Islamic doctrine per se is a national security problem.  There’s a lot of mindless romanticism about ‘inclusiveness’ these days, but the obvious question is why would we want to include people who want to kill us?

I will be monitoring the output of the Center of Excellence and reporting on it in future articles.  Will it be overloaded with the fad du jour (e.g., white supremacy)?  Will it advance the state of the art for dealing with radical Islam?  Will it say anything about Islamic doctrine at all?  Or will it be abstracted mush taking DHS further down the CVE rabbit hole?  Only time will tell.