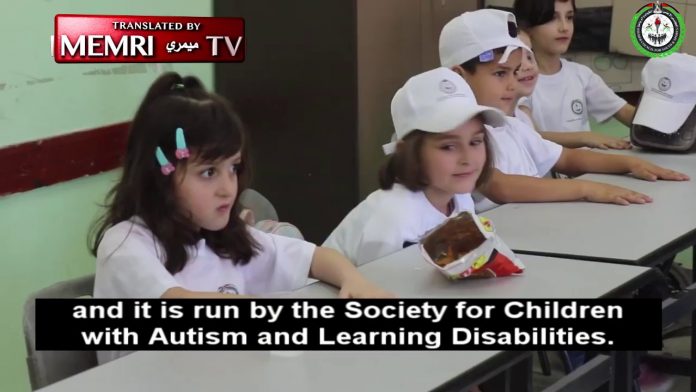 On July 3, 2019, the Palestinian Authority’s Higher Council for Youth and Sports uploaded to its Facebook page a video about a summer camp that it was running in Tulkarm in the West Bank.

Ihsan Hattab, the camp director, said that the camp’s goal is to provide children with a patriotic education and that the camp is under the Higher Council’s auspices and is run by the Society for Children with Autism and Learning Disabilities. He added that 25 special needs children aged 13-15 were participating in the camp along with 100 non-disabled Palestinian children. Yaman, a young boy participating in the program, said that in the first day of the program, they discussed the Deal of the Century and that the following day, they tore up and burned pictures of the American flag and U.S. President Donald Trump.

The video shows young children tearing up and burning the pictures and stepping on pictures of the flag and of Donald Trump with horns.