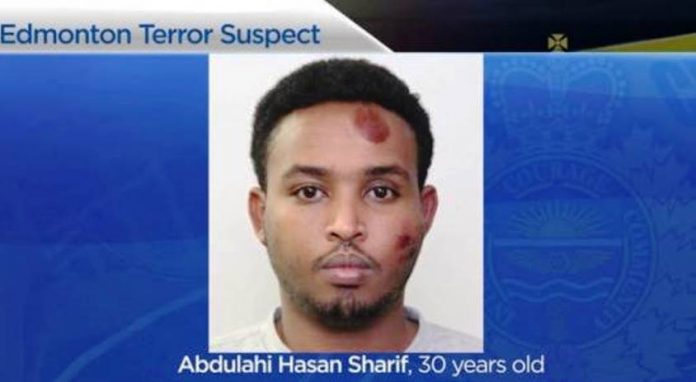 A captured Islamic State fighter recently confessed how, in an effort to terrorize America on its own soil, the Islamic terror group is committed to exploiting the porous US-Mexico border, including through the aid of ISIS-sympathizers living in the United States.

Abu Henricki, a Canadian citizen of Trinidadian origin, told researchers with the International Center for the Study of Violent Extremism that ISIS sought to recruit him and others to penetrate the US-Mexican border through routes originating in various Central American locales.

“The plan came from someone from the New Jersey state of America,” Henricki confessed. “I was going to take the boat from Puerto Rico into Mexico. He [N.J. resident] was going to smuggle me in…. They [ISIS] wanted to use these people [sympathizers living in the U.S.] because they were from these areas.”

Other Trinidadians, he said, were also approached to “do the same thing.”

“Our intent was not to support any political agenda,” the nonpartisan International Center for the Study of Violent Extremism said. “We don’t want this to be used for fearmongering…  That said, it would be erroneous — and detrimental to our safety and security — to outright downplay the potential terrorist threats emanating from our borders, similar to the Bush administration casting aside initial warnings about al-Qaeda plots with the result of American citizens eventually suffering the 9/11 attacks.”

More importantly, the notion that Islamic terrorists might infiltrate through the U.S. southern border is not a hypothetical.  It has already happened.  For example, in 2017 in Edmonton, Abdulahi Hasan Sharif launched what police labeled a terrorist attack: he stabbed a police officer and rammed his vehicle into four pedestrians.  The Somali national had an ISIS flag in his vehicle; he also reached Canada by illegally crossing the U.S.-Mexican border.

Furthermore, according to a November, 2018, report from the Center for Immigration Studies:

Europe also offers an analogical lesson.  As the 2018 National Strategy for Counterterrorism of the United States of America report says

ISIS has been innovative and determined in its pursuit of attacks in the West. The group has exploited weaknesses in European border security to great effect by capitalizing on the migrant crisis to seed attack operatives into the region. For instance, two of the perpetrators of the 2015 ISIS attacks in Paris, France, [which killed over 130 people] infiltrated the country by posing as migrants.

The US-Mexico border is so alluring that long before ISIS came onto the scene, other Islamic terrorists were eying it—including as a potential gateway to smuggle anthrax into the US and kill 330,000 Americans—and operating in it.

The examples are many.  In 2011, federal officials announced that FBI and DEA agents disrupted a plot to commit a “significant terrorist act in the United States,” tied to Iran with roots in Mexico.   Months earlier a jihadi cell in Mexico was found to have a weapons cache of 100 M-16 assault rifles, 100 AR-15 rifles, 2,500 hand grenades, C4 explosives and antitank munitions. The weapons, it turned out, had been smuggled by Muslims from Iraq. According to the report, “obvious concerns have arisen concerning Hezbollah’s presence in Mexico and possible ties to Mexican drug trafficking organizations (DTO’s) operating along the U.S.-Mexico border.”

Such “concerns” might have been expected, considering that a year earlier it was reportedthat,

Mexican authorities have rolled up a Hezbollah network being built in Tijuana, right across the border from Texas and closer to American homes than the terrorist hideouts in the Bekaa Valley are to Israel. Its goal, according to a Kuwaiti newspaper that reported on the investigation: to strike targets in Israel and the West. Over the years, Hezbollah—rich with Iranian oil money and narcocash—has generated revenue by cozying up with Mexican cartels to smuggle drugs and people into the U.S.

As far back as 2006, “Mexican authorities investigated the activities of the Murabitun [a Muslim missionary organization named after a historic jihadi group that terrorized Spain in the eleventh century] due to reports of alleged immigration and visa abuses involving the group’s European members and possible radicals, including al-Qaeda.”

The idea that Islamic terror groups are operating in Mexico and eyeing—and exploiting—the porous U.S.-Mexico border is not a hypothetical; it is a fact.  At least 15—though likely many more—suspected terrorists have already been apprehended crossing the border since 2001; one of them, an ISIS supporter, already launched a terrorist attack that nearly killed five.

The only question left is how much more evidence, and how many more attacks—and at what greater severity—are needed before this problem is addressed? [Emphasis Added]