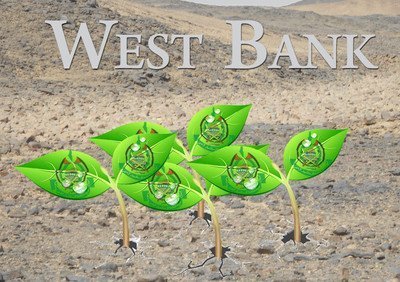 Israeli security forces recently uncovered a West Bank Hamas terror cell that was in the final stages of preparing a bomb attack on Jerusalem. The episode underscores the constant threat posed by the largest Palestinian terror organization to regional security and its determination to restore its capabilities in the West Bank.

The cell was under the direct command of Hamas’s military wing in the Gaza Strip, where the Islamist movement maintains both a regime and a terrorist army, as well as a rocket production industry.

Hamas’s jihadist ideology calls for mass-casualty terror attacks on Israeli citizens – a goal it has not strayed from even after taking over a government in Gaza. Its ambition to topple the rule of its arch internal rival, Fatah, serves as an additional motivation for Hamas to destabilize the West Bank by orchestrating violence. Hamas hopes to weaken the Palestinian Authority by drawing Israeli security forces into clashes with local Palestinians.

The cell was based in the Hebron region of the West Bank, which is considered to be an area with a large concentration of Hamas sympathizers, a Shin Bet statement said.

During counter-terrorism raids launched in recent days, Israeli forces uncovered an explosive device hidden in Hebron that was ready for immediate use, and detonated it in a controlled explosion. That bomb was intended to go off in Jerusalem.

The forces also uncovered the explosives lab where the bomb was made – a lab that was located near a school in Hebron, the Shin Bet said.

Such figures are a reflection of the sheer scope of the threat, as well as the effectiveness of Israel’s round-the-clock terrorism prevention operations.

In this case, the West Bank operatives received instructions on how to expand the terror cell, and send recruits on terror missions to carry out “kidnappings, shootings, stabbings, purchase weapons, and to identify and recruit additional operatives,” the Shin Bet statement said.

“Al Kutla Islamiyya forms the future generation of Hamas. There has been an effort, in the context of membership in the organization, to radicalize the members’ outlooks and ideologies further, in order to prepare them as [Hamas] military operatives,” the Shin Bet added.The agency fast-tracked its investigation when the immediacy of the threat became apparent, and in June, it arrested 22-year-old Tamar Rajbi, a student at the Hebron Polytechnic University. Rajbi was a member of the Hamas-affiliated student group, known as Al-Kutla Islamiya.

After his arrest, Rajbi led security forces to a location where he hid a bomb weighing three kilograms, which was attached to dozens of metal pieces designed to act as flying shrapnel during the blast. During questioning, it emerged that Rajbi was recently recruited by Hamas in the Gaza Strip to act as a bomb maker, the Shin Bet said.

Rajbi allegedly received online training in bomb-making, in which he learned how to purchase the necessary components and assemble them into a deadly explosive device. Hamas in Gaza then asked him make additional bombs in the improvised bomb lab.

“The bomb production activity occurred in a civilian environment, endangering the safety of local residents. One example is the storage of explosives in a nearby school,” said the Shin Bet.

The announcement comes follows a May Shin Bet announcement that it had arrested a Hamas-trained explosives expert. Fai Abu al-Sabah entered Israel from Gaza with a humanitarian entry permit granted by Israel for medical treatment purposes.

Al-Sabah’s mission was to build an explosive lab in the West Bank for the production of IEDs, which were intended for terror attacks within Israel, the investigation revealed.

Such cases are the tip of the iceberg. Throughout the year, the Shin Bet has thwarted Hamas attempts to create terror cells throughout the whole of the West Bank and dispatch them on bombing, shooting, and kidnapping missions.

Israel’s intelligence community has also identified Hamas operatives in Gaza who orchestrated the Hebron cell. That includes Ahmad Katri, a resident of Jabaliya in northern Gaza, who is also a senior member of the West Jabaliya battalion. Hamas’s military wing in Gaza has an entire headquarters dedicated to overseeing West Bank terrorism. During a flareup in March this year, the Israeli Air Force struck a Gazan building it said acted as a West Bank terrorism headquarters for Hamas.

“The Hamas military wing in the Gaza Strip continues to invest many efforts in setting up terror infrastructure in the West Bank, to promote attacks in Israeli territory,” a senior Shin Bet source said.

“Hamas spares no effort and exploits youths in the West Bank while harming them and their families to promote terror activities. It even takes advantage of humanitarian entry permits that Israel grants to Gazans for this purpose. The Shin Bet, IDF, and Israel Police will continue to act to preemptively thwart terror attacks that Hamas is working to carry out against Israeli civilians,” he added.

Days after announcing the counter-terror operation, Israeli security forces were on another raid on Saturday, this time arresting two terror suspects in their beds, accused of stabbing an Israeli youth to death.

The suspects were residents of the village of Beit Kahil, near Hebron, and one was identified as a Hamas operative.

During the arrest, the IDF said, roughly 100 Palestinians rioted near Beit Kahil.

Such friction is exactly the kind of violence and instability that Hamas is attempting to sow.