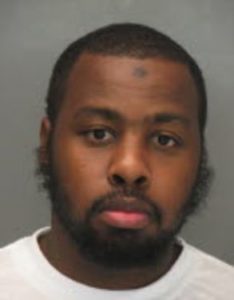 You can see from the impressive zebiba on Maurice Hill’s forehead that he is a devout Muslim; the zebiba is a bruise that forms from the fact that Muslims in their five daily prayers perform numerous prostrations, pressing their foreheads to the ground. The zebiba is seen as a mark of intense piety. That in itself doesn’t make this a jihad attack, but the teachings of the mosque, from the looks of this report, are clearly suspect; the mosque should be investigated. If Maurice Hill were a white supremacist neo-Nazi, would the establishment media be as indifferent to that detail as it is to Hill’s mosque membership? What do you think?

Maurice Hill, the criminal who wounded six police officers in a shootout in Philadelphia and was arrested after a seven-hour standoff, attended a radical mosque.

The mosque, called Masjid Ahlil Hadith Wal Athar, is known for preaching the Islamist ideology promoted by Saudi Arabia referred to as “Wahhabism.”

Clarion Intelligence Network has been aware through its sources that the area where the shootings took place is known for trafficking in guns, drugs and counterfeit items. This criminal market has a strong Islamist element that includes extremist gangs.

Hill’s older sister said he “occasionally attended” an unnamed mosque, confirming initial reports from our sources that Hill is a Muslim. The sources do not yet have first-hand evidence of the shooter being personally involved in Islamist extremism.

At this point, there is no indication that Hill’s shooting of police officers was motivated by Islamism or anything other than a desire to resist arrest.

However, Islamism’s inherent hostility towards Western governments and values fuels anti-police bigotry that can justify violence against law enforcement. Clarion’s sources stated that many of the mosque’s attendees view the police as oppressors of Muslims….

The Real Lesson of Afghanistan

‘If we cannot name our enemy, how can we ever expect...