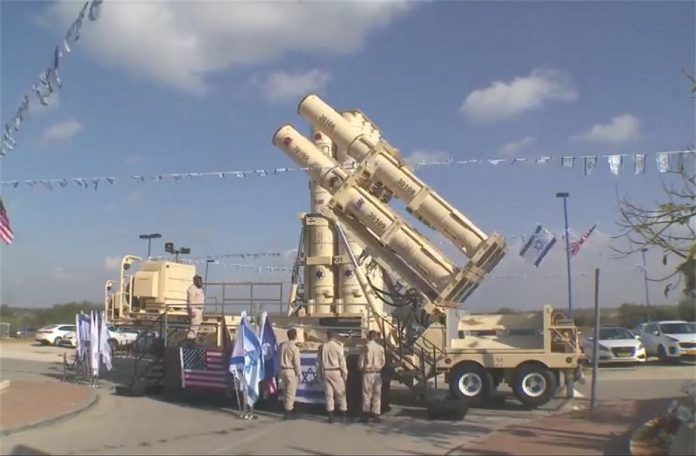 In 2000 then prime minister Ehud Barak made signing a mutual defense treaty with the US a central component of his national security strategy. That year, as Barak sought to sell the public his plan to give the Temple Mount to Yassir Arafat and Judea and Samaria to Arafat’s terror armies, he presented the option of signing a mutual defense pact with the US as a reasonable payoff for Israel’s sacrifice for peace.

True, if the PLO boss had accepted Barak’s peace offer Israel would have been left without its capital and without defensible borders. But there was no reason to worry. The Marines would protect us. At the heart of Barak’s vision of a mutual defense treaty stood his unwillingness to bear the burdens of freedom, power and sovereignty.

The present round of chatter about the prospect of achieving a US-Israel defense treaty was initiated by Republican Senator Lindsay Graham. In opposition to the view of the majority of Israelis and of the 2016 Republican party platform, Graham insists on maintaining allegiance to the so-called “two state solution,” despite its hundred-year record of continuous failure.

Still Graham is no foe of Israeli sovereignty and military might. To the contrary. Graham played a decisive role in convincing President Donald Trump to recognize Israeli sovereignty over the Golan Heights. So it is inconceivable that Graham shares Barak’s post-Zionist vision of a defenseless Israel protected by Uncle Sam.

Moreover, according to media reports, ahead of the September 17 elections Prime Minister Binyamin Netanyahu is making an effort to convince President Trump to make a statement in favor of a new US-Israel defense treaty. Since Netanyahu’s diplomatic policies and his strategic vision of Israel are diametrically opposed to those Barak advanced, it is impossible to imagine that Netanyahu shares Barak’s vision of the purpose of a defense treaty.

What then could be the purpose of a defense treaty? What sort of rearrangement of Israel’s defense ties with the US would advance those ties to both countries’ mutual advantage?

Israel has two strategic interests that could be significantly advanced by changes in its security ties with the US. Neither necessitates signing a formal agreement. At most, they could be included in some form of presidential memorandum or summary of a bilateral meeting between Trump and Netanyahu.

Israel’s first interest is to provide a formal expression and operating framework for Israel’s now intimate working relations and strategic cooperation with the Sunni Arab states.

These burgeoning ties were the unintended but salutary consequence of the Obama administration’s radical Middle East policy.

During his tenure in office, Barack Obama sought to realign the US away from Israel and from America’s longstanding Sunni Arab allies and towards the Muslim Brotherhood and Iran. As Obama’s actions became more damaging, and his intentions unmistakable, Netanyahu reached out to the Saudis, the United Arab Emirates and Egypt.

Working under the principle that the enemy of my enemy is my friend, Netanyahu’s intuition paid off. The Sunnis recognized that working with Israel would help them to survive Obama’s treachery and responded positively to his overtures.

The first visible consequence of the new partnership came in 2014 during Operation Protective Edge. As Obama sought to coerce Israel into accepting Hamas’s ceasefire terms, (presented as a a mediated settlement by Hamas’s state sponsors Turkey and Qatar), the Saudis, the UAE and Egypt stood with Israel in rejecting them. The three Sunni Arab states insisted that Egyptian President Abdel Fattah a-Sisi rather than the Turks or Qataris serve as the mediator between Israel and Hamas. And Sisi demanded that Hamas accept Israel’s ceasefire conditions.

Blindsided, Obama was compelled to stand down.

Obama rightly viewed Israel’s cooperative relationship with the Sunnis as a hostile bloc that stymied his efforts to realign the US away from them and towards Iran and the Muslim Brotherhood.

As for Trump, from his earliest moments in office, Trump embraced the newfound partnership Netanyahu had forged of necessity, and made it the centerpiece of his Middle East policy.

For more than two years, Israel and the US have discussed ways to bring Israel’s relations with the Arabs out of the closet. Signing a peace treaty is out of the question. Popular hatred of Israel in the Arab world is ubiquitous. To appease the street, the Arab regimes would be compelled to demand that Israel make massive concessions to the Palestinians in exchange for a peace deal that would do nothing more than formalize the relations that Israel and the Arabs have already forged. Israel would be foolish to pay for what it already achieved.

A different framework is required. And as it happens, the US military has one at the ready.

Central Command’s reputation for hostility to Israel is doubtlessly rooted in this anomaly. How can Central Command officers recognize the value of a state that their Arab interlocutors attack? How can they recognize Israel’s role as a stabilizing force in the Middle East when the Arabs criticize the US incessantly for its friendship with Israel?

Transferring responsibility for Israel to the Central Command would kill two birds with one stone. First, American commanders responsible for military operations in the Middle East would be able to work directly with the US’s most powerful ally in the region. Israel would be in a position to present its views to the relevant US military regional commanders on operational issues that affect its security in real time.

And second, including Israel in Central Command would provide Israel and its Arab partners with an appropriate framework for open cooperation. Under the umbrella of the US military, the parties would be able to maintain normal ties and develop their relations openly and free of political constraints and pressure.

The second interest that Israel should use a revision of its strategic relations with the US to advance is its interest in discrediting the widely held assessment that it is a drag on US national security rather than an asset and an ally. This goal can be achieved by intensifying US-Israel technological cooperation in weapons systems development generally and hypersonic weapons development specifically.

Hypersonic weapons are the central component of the new arms race in the emerging cold war between the US on the one side and China and Russia on the other. Today, the US is dangerously trailing both Russia and China in this arms race.

Hypersonic speeds are speeds of 5-mach or 6,000 km per hour and above. There are two types of hypersonic weapons: hypersonic glide vehicles, which are launched from a rocket or a ballistic missile before gliding to a target; and hypersonic cruise missiles which are powered by high-speed, air breathing engines or “scramjets” after acquiring their target.

Hypersonic weapons travel at low altitudes and are guided by internal electro-optics systems that enable them to maneuver and change direction during flight while locked on a target. Their atmospheric altitude makes them difficult for satellite-based missile defense systems to track. Their high speed makes them difficult for ground-based anti-missile systems to detect. In Congressional testimony, US Undersecretary of Defense for Research and Engineering Michael Griffin stated that the US has no defense against hypersonic weapons.

According to a report on hypersonic weapons published by the Congressional Research Service in July, Russia and China are expected to field hypersonic glide vehicles as early as 2020. Last year Griffin told defense industry executives that developing hypersonic systems is the Pentagon’s top priority.

According to the CRS report the US is unlikely to field a hypersonic system before 2022, and that likely is an optimistic projection. Congress appropriated $2.6 billion to hypersonic projects for 2020. A mere five percent of the sum is allocated to hypersonic defense programs.

This brings us to Israel, the US ally so many view as a burdensome client.

On July 28, Israel and the US conducted a successful test of the Arrow-3 ballistic missile defense system in Alaska. The Arrow is a joint program developed by Israel Aircraft Industries and Boeing. During the course of the test the Arrow successfully intercepted a ballistic missile flying at what Netanyahu referred to as “unprecedented altitudes and speed.”

Less than a month later, the Pentagon announced that it was cancelling a similar program by Boeing. The proximity of the cancellation of Boeing’s Redesigned Kill Vehicle to the successful Arrow-3 test raises the likelihood that the two events are connected.

This then brings back to the issue of an upgraded defense relationship between Israel and the US.

The specter of a Democratic administration casts a pall over Israel’s current intimate ties with the US. With the rise of radical forces in the Democratic party, the positions of its leaders are becoming increasingly hostile to Israel. How can Israel-US ties be altered to survive and even prosper under a hostile administration in the future?

Regardless of his or her own positions on Israel and those of his or her party, a future a Democratic president faced with a reality in which Israeli officials cooperate openly with their Sunni Arab counterparts under the aegis of the US Central Command, and in which Israel serves as a key partner in the development of offensive and defensive systems that are critical to the US will not rush to abandon the US alliance with Israel.

Thanks to Netanyahu’s interest-based foreign policy, Israel has managed to develop strong bilateral relationships based on common interests rather than ideology with a long list of foreign governments. By placing interests ahead of politics, Netanyahu was able to significantly reduce the salience of anti-Semitism as a political force in the international arena.

If Israel and the US are interested in making significant alterations to their strategic ties, it is important that the changes be expressed in the same manner, for the benefit of both countries.