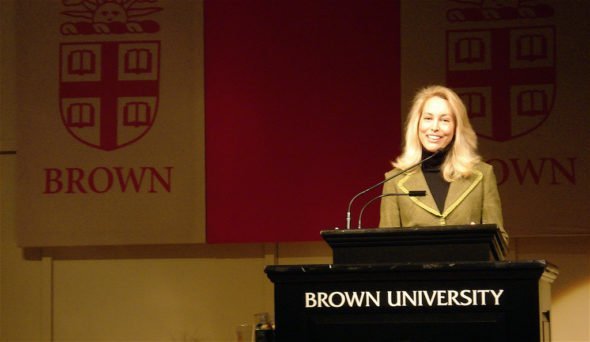 Former CIA operative Valerie Plame is running for Congress in New Mexico and she’s attempting to make a big splash with a sensationalist TV spot that looks like something out of a Smokey and the Bandit movie:

There are a lot of problems with that TV spot, but we’ll stick with the obvious: Plame claims that then-Vice President Dick Cheney took revenge on her husband by having Scooter Libby leak her identity.

That turned out to be incorrect. Libby did not leak her identity, Deputy Secretary of State Richard Armitage did.  To the extent that political advertisements must be truthful, it would seem that Plame should pull this TV spot and edit it for accuracy.

Her sensationalistic TV ad aside, Plame’s candidacy presents further trouble for the political Left in the U.S., which increasingly seems to be overrun with anti-Semitic rhetoric.

Back when she still had a Twitter account, Valerie tweeted links to articles from UNZ Review (a site I will not dignify with a link). UNZ Review has been described as “fringe,” which would appear to be putting it mildly.

In 2017, Plame tweeted out an article that essentially blamed Jewish Americans for America’s involvement in Middle East wars.

Once she realized she had been caught red-handed, she went on a furious tirade in an attempt to defend herself. In reality she just dug a deeper and deeper hole.

As it turned out, her “mistaken” tweet of the UNZ Review article wasn’t the first time. In fact, the Washington Examiner found that she tweeted out nine such articles, including one entitled “Why I Still Dislike Israel.”

There being no legitimate defense left to explain her behavior Plame decided to blame Twitter and shut down her account.

The clear anti-Semitism here is obviously a problem. Prejudice of any kind shows small-mindedness and a real lack of intelligence. But to display it publicly and expect not to be called out for it is another problem entirely.

That shows a true lack of judgment above and beyond the character flaw displayed in tweeting it in the first place.

The last thing America needs in Congress is a lying bigot with poor judgment.