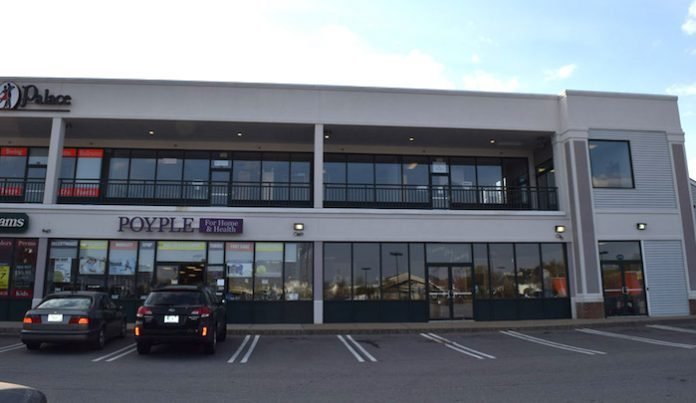 On June 30, 2017, I conducted firsthand research at the Islamic Society of New Hampshire. I am a former U.S. Federal Agent who specialized in counter-intelligence and counter­terrorism, specifically Islamic based terrorism. I have worked and lived in the Middle East since 1978. I was the first U.S. civilian federal agent in Iraq at the start of Operation Iraqi Freedom (Mar 2003). In the U.S. alone I have conducted firsthand research at over 280 Islamic mosques. I have placed undercover researchers in Muslim Brotherhood organizations and obtained valuable national security intelligence. Based on my professional analysis of my visit to the Islamic Center of New Hampshire (ISoNH) I report the following:

The ISoNH is a Sunni/Saudi and Pakistani front for Islamic based terrorists groups such as Al Qaeda and ISIS. This mosque had very violent materials inside for worshippers that advocate the overthrow of America and physical Jihad against U.S. and Israeli targets. This is based on the mosque having the same Islamic manuals in their possession that Islamic terrorist groups utilize for their training. The ISoNH had material written and edited by a convicted Islamic terrorist supporter (Ali AlTimimi). The Imam and mosque worshippers were extremely Shariah compliant. ISIS and Al Qaeda would find this mosque acceptable for their training and education of Mujahadeen fighters (Islamic terrorists).

On a scale of 1 -10, with 10 being the most extreme, I rate this mosque a 10. My rating of a 10 indicates I determine the ISoNH is a terrorist safe haven for Islamic sleeper cell Jihadists and there is a strong likelihood violent Jihadist activity will be conducted by “sleeper terrorists” attending this particular mosque.

It is imperative U.S. law enforcement use legal means to fully investigate the leadership and worshippers of this mosque. The mosque should be closed down immediately based on their advocating of establishing an Islamic caliphate worldwide and under Shariah law.

A concerned New Englander recently arranged for the assessment of the Islamic Society of New Hampshire’s (ISoNH) mosque in Manchester in that state. He had noticed a disproportionate number of military-age males visiting the mosque and heard from many local women who said they were frightened by the attitudes some of these men expressed toward them. The results of the man’s research were more frightening.

David Gaubatz, co-author of Muslim Mafia, was hired to assess this mosque. He is a former Air Force Office of Special Investigations (OSI) federal agent who specialized in Islamic counter-intelligence and counter-terrorism. According to his book, he worked and lived in the Middle East for decades and was the first civilian federal agent in Iraq at the start of Operation Iraqi Freedom (March 2003). That year he led a 15-man team to extract family members of the Iraqi lawyer who helped save Army Private First Class Jessica Lynch. He has investigated over 280 mosques in the U.S. alone and uses a rating system developed by a former Islamist, Tafik Hamid.

U.S. Islamists and their allies in the American Left have long sought to discredit this rating system as contrived nonsense created by Islamophobes, but that very effort calls into question their motives, expertise, and integrity. Tafik Hamid is a former member of Jamaa Islamiya (also known as al-Gama’a al-Islamiyya or, in English, Islamic Group),  — an Egyptian organization branded a terrorist group by the U.S. government, the United Kingdom, and the European Union. Al-Qaeda leader Ayman al-Zawahiri was a member of this group, as was Omar Abdel-Rahman, the so-called “blind sheikh” convicted as the mastermind behind the 1993 World Trade Center bombing. Hamid has long since abandoned his radicalism and has become a widely-recognized Islamic reformer.

The rating system is based on numerous factors readily observant by how strictly the mosque conforms to Islamic standards and how aggressively it promotes Shariah (Islamic law). For example, are men and women allowed to worship in the same room? What kind of dress is mandatory, e.g. must women wear a niqab or hijab? Can they get away with a modern form of hijab? How does the imam dress? Details like rings worn and style of pants indicate the imam’s devotion to Wahhabism or other Islamic sects and to Shariah itself.

The imam’s dedication to Shariah is especially important because Shariah is a doctrine of political dominance and conquest, and Muslims who promote it are likely to promote jihad as a means to impose it.

The system also rates the mosque based on messages taught in sermons. For example, does the mosque promote the killing of gays, killing for apostasy, stoning women for infidelity, and Shariah-sanctioned slavery?

Gaubatz found that ISoNH was strictly observant and promoted all these ideas and more. Using a 1 to 10 rating scale, with 10 being the worst, Gaubatz assigned a grade of 10 for Shariah compliance and 9 for jihadist potential. He concluded:

The ISoNH is a Sunni/Saudi and Pakistani front for Islamic based terrorist groups such as Al Qaeda and ISIS. This mosque had very violent materials inside for worshippers that advocate the overthrow of America and physical Jihad against U.S. and Israeli targets. This is based on the mosque having the same Islamic manuals in their possession that Islamic terrorist groups utilize for their training. The ISoNH had material written and edited by a convicted Islamic terrorist supporter (Ali Al Timimi). The Imam and mosque worshippers were extremely Shariah compliant. ISIS and Al Qaeda would find this mosque acceptable for their training and education of Mujahideen fighters (Islamic terrorists).

Some of the literature referred to is:

A Brief Illustrated Guide to Understanding Islam was edited by twelve Islamic “scholars.” I have circled two names. Ali Al-Timimi — whom Gaubatz referenced — is now serving a life sentence for terrorism. Sheik Jamal Zarabozo is considered “too extreme” even for some Islamists as he advocates stoning to death for “heretics.”

Another brochure promoted at the mosque is Jihad in Islam. This 33-page document makes clear that the goals of Islam are to subjugate the world. Under the heading What Jihad Really Is? (sic) it states:

In reality Islam is a revolutionary ideology and programme which seeks to alter the social order of the whole world and rebuild it in conformity with its own tenets and ideals. ‘Muslim’ is the title of that International Revolutionary Party organized by Islam to carry into effect its revolutionary programme. And ‘Jihād’ refers to that revolutionary struggle and utmost exertion which the Islamic Party brings into play to achieve this objective…

…Islam requires the earth—not just a portion, but the whole planet—not because the sovereignty over the earth should be wrested from one nation or several nations and vested in one particular nation, but because the entire mankind should benefit from the ideology and welfare programme or what would be truer to say from ‘Islam’ which is the programme of well-being for all humanity. Towards this end, Islam wishes to press into service all forces which can bring about a revolution and a composite term for the use of all these forces is ‘Jihad’. (p. 5)

Many U.S. mosques are little more than meeting places and training centers for Islamic terrorists. For example, the Tsarnaev brothers and many other terrorists regularly attended the Islamic Society of Boston. Why is it still open?

Officials at all levels of government, including within many police forces, have been gripped by a fever of political correctness that virtually guarantees we will remain blind to the danger such mosques pose until it is too late.

Former Manchester Ward 2 Republican State Rep. Greg Salts read aloud from Gaubatz’s report on the Manchester mosque at a recent public meeting of the local Board of Mayor and Aldermen. The response from elected officials was predictable. Instead of seriously considering Gaubetz’s warning, they acted offended, using the familiar slur popularized by the Southern Poverty Law Center, “hate speech.”

Following are some of their comments as published in Manchester’s Union Leader:

Alderman Chairman Patrick Long: “Personally this hate talk has no place in this city, that’s just my opinion.”

Manchester Chief of Police Nick Willard: “What [Gaubatz] wrote in this piece of paper is slanderous. I do not believe the mosque is a hotbed for terrorism. I don’t trust this gentleman’s research. I think he is trying to sell a book. I think the guy is a crackpot and I don’t believe we have those issues in this city.

As quoted in the newspaper, Gaubatz responded:

I get that same reaction a lot of the time. They don’t want to admit they have a problem in their area and it took an outsider to find it and identify it.

Gaubatz added to those remarks during a telephone interview for this article:

In response to Chief Willard’s ill-considered remarks I say this: ‘Chief Willard is a poor excuse for a senior law enforcement officer.  He has no clue what to look for in a mosque. The tax payers of his community deserve a Chief who supports them and not mosque leaders who support the teachings of ISIS. Finally, I do not receive any royalties for my book, so it is both ignorant and insulting to dismiss my report as an effort to sell books. It was provided for the benefit and as a warning to the Manchester community. What does the Chief care more about, Manchester or the mosque?’

At every level, we see daily demonstrations of how corrupt and incompetent our “leaders” have become. This is a situation that cannot stand. We still have the vote. I hope it can save us from these useful idiots for Islamism before the terrorism being contemplated in many corners throughout the U.S. strikes yet again.

I am not holding my breath.

James Simpson is an investigative journalist, businessman and author. His latest book is The Red Green Axis: Refugees, Immigration and the Agenda to Erase America.