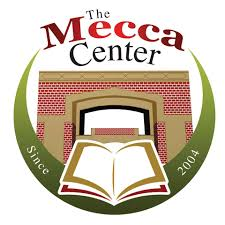 The Muslim Educational Cultural Center of America (MECCA) claims that its goals are “to guide young Muslims” and “build bridges of understanding with other cultures and faiths.”  Yet the Chicago-area mosque’s willingness to promote hate preachers and anti-Semitic demagogues reflects the continued influence of its Islamists founders and leaders.

The Center’s soft talk has duped some politicians into attending the mosque’s events.  Some of them are Burr Ridge mayor Gary Grasso and Dupage County board member Julie Renehan, who attended the Center’s open house last month.  Also, this month, on October 2, U.S. congressman Sean Casten spoke on immigration at MECCA.

But a man is known by the company he keeps.  On September 20, the MECCA Center hosted Imam Zaid Shakir, who delivered the Friday sermon.  Shakir’s writings and speeches show a man prone to conspiracy theories and extremism.  In 2001, Shakir argued that the American Muslim community must consider political options including “guerrilla war.”  Shakir claimed that the United States “inflicted” terrorism on the world and suggested that it would be acceptable for Muslims to attack U.S. military forces.

Shakir also has engaged 9/11 conspiracy theories and blamed “Zionist” forces and the FBI for the February 1993 World Trade Center (WTC) bombing.  Shakir argued that the conspirators were set up as a way of bolstering anti-Islamic sentiment.

On September 29, the MECCA Center hosted Linda Sarsour, who has a well established history of anti-Semitism and promoting extremism.

Sarsour was removed from her position as a leading organizer for the Women’s March out of concerns regarding her public anti-Semitism, including her relationship with the anti-Semitic Nation of Islam leader Louis Farrakhan and support for Rasmea Odeh, a Palestinian terrorist deported from the United States for lying about previous terror convictions.  Sarsour is a support of Al-Awda, a pro-Palestinian group that endorses terrorism and calls for the destruction of Israel.  In 2011, Sarsour expressed a desire to “take away the vaginas” of two female activists, Brigitte Gabriel and Ayaan Hirsi Ali, one of whom, Ali, was a victim of female genital mutilation (FGM).

As highlighted on the Qatar-owned channel Al Jazeera in 2016, the MECCA Center is a three-story edifice built on 57,000 square feet in the upscale Willowbrook suburb of Chicago.

In the opening ceremony of this “mega-mosque,” Sheikh Kifah Mustapha, imam of the Orland Park Prayer Center, appeared cutting the ribbon with Imam Hassan Aly.

Mustapha has a history of supporting violent anti-Semitism.  Mustapha served as an employee of the Holy Land Foundation, which was convicted of raising money for the terrorist group Hamas.  While raising money for HLF, Mustapha was a member of the Al Sakhra band, which performed pro-Hamas songs at festivals, according to documents and videos submitted by the U.S. government during the Holy Land Foundation trial.  The U.S. government also identified Mustapha as a member of the U.S. Muslim Brotherhood.

An examination of MECCA’s leadership identifies other individuals connected with the same Islamist network.

MECCA’s executive board member Talal Sunbulli was listed as coordinator for Syria in a 1992 phone directory of Muslim Brotherhood members seized by federal investigators during the Holy Land Foundation (HLF) investigation.  Sunublli is the last known president of the national Syrian American Council (SAC), an organization with multiple Muslim Brotherhood ties.  The current president of MECCA, Hani Atassi, also has ties to SAC as the president of its Chicago chapter.

Another former MECCA board member, Dr. Bassam Osman, also has ties to the U.S. Muslim Brotherhood.  According to the same 1992 phone directory, Bassam Osman served as a Shura Council member of the Brotherhood.  Osman was also a former ISNA Shura Council member and served as a chairman of the North American Islamic Trust (NAIT).  Those two organizations were both linked to the same Hamas finance network during the Holy Land Foundation, leading federal judge Jorge Solis to opine that there was “ample evidence” for associating ISNA and NAIT with Hamas.

In 2011, Osman played a key role in securing permission from Dupage County to build the MECCA Center, working together with former MECCA president Dr. Muhammad Abdulgany Hamadeh.  Abdulgany is the husband of the principal of the Sunday school at MECCA and MECCA board member Dr. Linda Hamadeh.  She is also a department chair at Universal School, a Bridgeview, Ill. Islamic school originally financed and supported by ISNA as the ISNA Model Learning Center.

Others affiliated with the Mecca Center also have ties to Islamist groups.

Notably, Sheikh Tariq Musleh, its youth director and assistant director, previously worked as an instructor with the Islamic Learning Foundation (ILF) Chicago and as a coordinator of Young Muslims (Y.M.) until he joined the MECCA staff in 2017.  Both organizations are divisions of the Islamic Circle of North America (ICNA).  ICNA has been identified as a front for Jamaat-e-Islami, a South Asian Islamist group with ties to terrorism.  The group’s armed wing, Hizbul Mujahideen, is a U.S.-designated terrorist group.  In February of this year, Rep. Jim Banks (R-Ind.) introduced House Resolution (H.R.) 160 calling on all relevant U.S. agencies to halt ties to the international and domestic affiliates of Jamaat-e-Islami, including ICNA and ICNA Relief.

Another MECCA Center board member, Zachrea Katerji, is the president of the Muslim Student Association (MSA) at Loyola University Chicago (LUC).  The MSA was founded as an arm of the Muslim Brotherhood, with an objective to spread a political ideology that seeks to promote theocracy and seeks to establish sharia, or Islamic law, as the law of the land.  Before going to LUC, Katerji attended the Universal School.

Hosting hate-mongers like Sarsour and Shakir says more about where the MECCA Center’s interests lie than Interfaith meetings and public relations campaigns.  Americans need to be aware of the role of influential Islamists in MECCA Center’s founding and the impact this has on misguiding young Muslims in the greater Chicago area.  Local politicians must not allow their presence to validate MECCA Center and similar institutions with their attendance, and when they do, informed local constituents must hold their elected officials accountable for legitimizing dangerous Islamists.

Hesham Shehab is the Chicago associate of the Counter Islamist Grid (CIG).