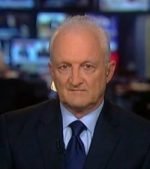 In their relentless attempt to impeach Trump as ‘unfit for office,’ the majority Democratic party are really attempting to impeach:

In other words, ‘They’ are attempting to impeach nearly all of us.

If ‘they’ were to actually be successful, then somewhere around 70+% of the entire population of America would suddenly become default ‘enemies of the state’ (i.e., ‘political enemies’ of the Progressive Democratic Party).

And, their attitude toward that 70+% who opposed Trump’s impeachment (in whatever form, and for whatever reason) would be: ‘How many ways can we punish you for your political crime(s), and how long will your punishment(s) last?’

THE PARADOX IS THIS:

Do ‘they’ have the constitutional option to impeach President Trump (or any President)?
Absolutely, Yes, ‘they’ have the right to do it.
In fact (ironically), without the impeachment option, we wouldn’t really be in full control of our own government.

And, here’s another irony – Can this option be abused?
Yes, it certainly can be abused…as we’re seeing now, when a dictatorial political party is attempting to impose their political agenda on 70+% of the rest of the country.

So…if this option can be abused, then what is the antidote to such abuse?
The antidote is the American public, who also have a constitutional option – to participate in the defense of their own endowed liberties.

That is why impeachment is the paradox of liberty –
A constitutional option that is designed to protect us from tyranny, can also be used to impose tyranny…unless the American people are willing to stand up for the defense of their own endowed liberties.