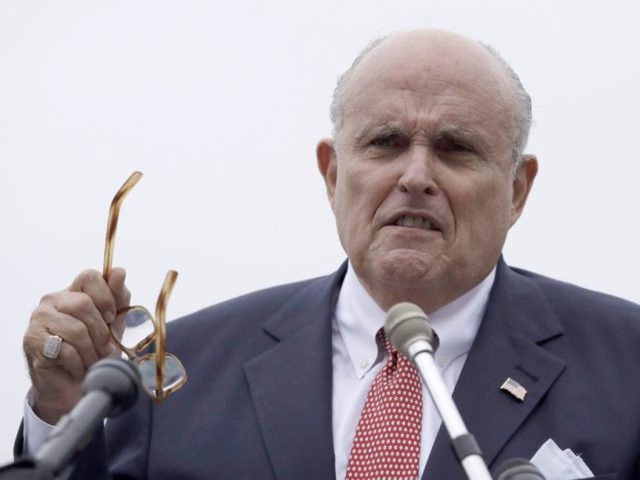 On Tuesday, White House Counsel Pat Cipollone sent a scathing letter to House Speaker Nancy Pelosi (D-CA) stating it refuses to cooperate with Democrats’ impeachment probe, blasting it as “illegitimate” and “unconstitutional” and an attempt to “overturn the results” of the 2016 presidential election.

According to Chafetz, if Trump officials and members of the president’s inner circle refuse to comply with the inquiry, House Democrats should consider deploying its sergeant-at-arms to take them into custody and jail them in “makeshift” cells on Capitol Hill:

The House should instead put back on the table the option of using its sergeant-at-arms to arrest contemnors — as the person in violation of the order is called — especially when an individual, like Rudy Giuliani, is not an executive branch official. Neither house of Congress has arrested anyone since 1935, but it was not uncommon before that point (and was blessed by the Supreme Court in 1927). Indeed, on at least two occasions, the second in 1916, a house of Congress had its sergeant arrest an executive branch official. (In that case, the Supreme Court eventually ruled against the House, not because it did not have the power to arrest for contempt, but rather because the offense — writing a nasty public letter to a House subcommittee — could not properly be understood as contempt of Congress.)

Facilities in the Capitol or one of the House office buildings can be made into a makeshift holding cell if necessary. Of course, arrestees will ask the courts to set them free, but the case should be relatively open-and-shut against them: They will have committed a contempt in refusing to turn over subpoenaed materials, and the House has the power to hold contemnors. Moreover, time would work in the House’s favor here: The unpleasantness of being in custody while the issue was being litigated might make some contemnors decide to cooperate.

Addressing constituents at a town hall in her hometown of Detriot, Tlaib said Democrats are mulling over how to arrest Cabinet secretaries and other Trump administration officials.

“This is the first time we’ve ever had a situation like this,” Tlaib said. “So they’re trying to figure out, no joke, is it the D.C. police that goes and gets them? We don’t know. Where do we hold them?”

House Democrats are in “uncharted territory” and “trying to tread carefully,” the freshman congresswoman added.

“I will tell them they can hold all those people right here in Detroit,” she quipped. “We’ll take care of them and make sure they show up to the committee hearings.”