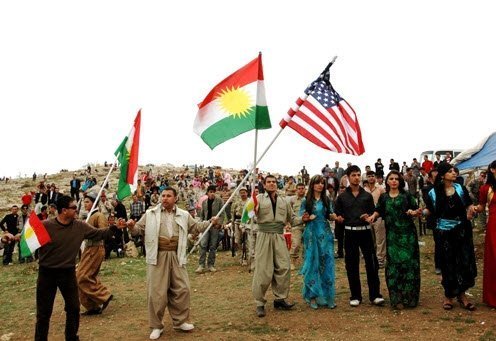 The near-consensus view of US President Donald Trump’s decision to remove American special forces from the Syrian border with Turkey is that Trump is enabling a Turkish invasion and double-crossing the Syrian Kurds who have fought with the Americans for five years against the Islamic State group. Trump’s move, the thinking goes, harms US credibility and undermines US power in the region and throughout the world.

There are several problems with this narrative. The first is that it assumes that until this week, the US had power and influence in Syria when in fact, by design, the US went to great lengths to limit its ability to influence events there.

The war in Syria broke out in 2011 as a popular insurrection by Syrian Sunnis against the Iranian-sponsored regime of President Bashar Assad. The Obama administration responded by declaring US support for Assad’s overthrow. But the declaration was empty. The administration sat on its thumbs as the regime’s atrocities mounted. It supported a feckless Turkish effort to raise a resistance army dominated by jihadist elements aligned with the Muslim Brotherhood.
President Barack Obama infamously issued his “red line” regarding the use of chemical weapons against civilians by Assad, which he repudiated the moment it was crossed.

As ISIS forces gathered in Iraq and Syria, Obama shrugged them off as a “JV squad.” When the JVs in ISIS took over a third of Iraqi and Syrian territory, Obama did nothing.

As Lee Smith recalled in January in The New York Post, Obama only decided to do something about ISIS in late 2014 after the group beheaded a number of American journalists and posted their decapitations on social media.

The timing was problematic for Obama.

In 2014 Obama was negotiating his nuclear deal with Iran. The deal, falsely presented as a nonproliferation pact, actually enabled Iran – the world’s greatest state sponsor of terrorism – to develop both nuclear weapons and the missile systems required to deliver them. The true purpose of the deal was not to block Iran’s nuclear aspirations but to realign US Middle East policy away from the Sunnis and Israel and toward Iran.

Given its goal of embracing Iran, the Obama administration had no interest in harming Assad, Iran’s Syrian factotum. It had no interest in blocking Iran’s ally Russia from using the war in Syria as a means to reassert Moscow’s power in the Middle East.

As both Michael Doran, a former national security adviser in the George W. Bush administration and Smith argue, when Obama was finally compelled to act against ISIS, he structured the US campaign in a manner that would align it with Iran’s interests.

Obama’s decision to work with the Kurdish People’s Protection Units (YPG) militia in northern Syria because it was the only significant armed force outside the Iranian axis that enjoyed congenial relations with both Assad and Iran.

Obama deployed around a thousand forces to Syria. Their limited numbers and radically constrained mandate made it impossible for the Americans to have a major effect on events in the country. They weren’t allowed to act against Assad or Iran. They were tasked solely with fighting ISIS. Obama instituted draconian rules of engagement that made achieving even that limited goal all but impossible.

During his tenure as Trump’s national security adviser, John Bolton hoped to revise the US mandate to enable US forces to be used against Iran in Syria. Bolton’s plan was strategically sound. Trump rejected it largely because it was a recipe for widening US involvement in Syria far beyond what the American public – and Trump himself – were willing to countenance.

In other words, the claim that the US has major influence in Syria is wrong. It does not have such influence and is unwilling to pay the price of developing such influence.

This brings us to the second flaw in the narrative about Trump’s removal of US forces from the Syrian border with Turkey.

The underlying assumption of the criticism is that America has an interest in confronting Turkey to protect the Kurds.

This misconception, like the misconception regarding US power and influence in Syria, is borne of a misunderstanding of Obama’s Middle East policies. Aside from ISIS’s direct victims, the major casualty of Obama’s deliberately feckless anti-ISIS campaign was the US alliance with Turkey. Whereas the US chose to work with the Kurds because they were supportive of Assad and Iran, the Turks view the Syrian Kurdish YPG as a sister militia to the Turkish Kurdistan Workers’ Party (PKK). The Marxist PKK has been fighting a guerilla war against Turkey for decades. The State Department designates the PKK as a terrorist organization responsible for the death of thousands of Turkish nationals. Not surprisingly then, the Turks viewed the US-Kurdish collaboration against ISIS as an anti-Turkish campaign.

Throughout the years of US-Kurdish cooperation, many have made the case that the Kurds are a better ally to the US than Turkey. The case is compelling not merely because the Kurds have fought well.

Under President Recep Tayyip Erdoğan, Turkey has stood against the US and its interests far more often than it has stood with it. Across a spectrum of issues, from Israel to human rights, Hamas and ISIS to Turkish aggression against Cyprus, Greece, and Israel in the Eastern Mediterranean, to upholding US economic sanctions against Iran and beyond, for nearly 20 years, Erdoğan’s Turkey has distinguished itself as a strategic threat to America’s core interests and policies and those of its closest allies in the Middle East.

Despite the compelling, ever-growing body of evidence that the time has come to reassess US-Turkish ties, the Pentagon refuses to engage the issue. The Pentagon has rejected the suggestion that the US remove its nuclear weapons from Incirlik airbase in Turkey or diminish Incirlik’s centrality to US air operations in Central Asia and the Middle East. The same is true of US dependence on Turkish naval bases.

Given the Pentagon’s position, there is no chance that the US would consider entering an armed conflict with Turkey on behalf of the Kurds.

The Kurds are a tragic people. The Kurds, who live as persecuted minorities in Turkey, Syria, Iraq, and Iran, have been denied the right of self-determination for the past hundred years. But then, the Kurds have squandered every opportunity they have had to assert independence. The closest they came to achieving self-determination was in Iraq in 2017. In Iraqi Kurdistan, the Kurds have governed themselves effectively since 1992. In 2017, they overwhelmingly passed a referendum calling for Iraqi Kurdistan to secede from Iraq and form an independent state. Instead of joining forces to achieve their long-held dream, the Kurdish leaders in Iraq worked against one another. One faction, in alliance with Iran, blocked implementation of the referendum and then did nothing as Kurdish-controlled Kirkuk was overrun by Iraqi government forces.

The Kurds in Iraq are far more capable of defending themselves than the Kurds of Syria. Taking on the defense of Syria’s Kurds would commit the US to an open-ended presence in Syria and justify Turkish antagonism. America’s interests would not be advanced. They would be harmed, particularly in light of the YPG’s selling trait for Obama – its warm ties to Assad and Iran’s Revolutionary Guard Corps.

The hard truth is that the 50 US soldiers along the Syrian-Turkish border were a fake tripwire. Neither Trump nor the US military had any intention of sacrificing US forces to either block a Turkish invasion of Syria or foment deeper US involvement in the event of a Turkish invasion.

Apparently, in the course of his phone call with Trump on Sunday, Erdoğan called Trump’s bluff. Trump’s announcement following the call made clear that the US would not sacrifice its soldiers to stop Erdoğan’s planned invasion of the border zone.

But Trump also made clear that the US did not support the Turkish move. In subsequent statements, Trump repeatedly pledged to destroy the Turkish economy if Turkey commits atrocities against the Kurds.

If the Pentagon can be brought on board, Trump’s threats can easily be used as a means to formally diminish the long-hollow US alliance with Turkey.

Here it is critical to note that Trump did not remove US forces from Syria. They are still deployed along the border crossing between Jordan, Iraq, and Syria to block Iran from moving forces and materiel to Syria and Lebanon. They are still blocking Russian and Syrian forces from taking over the oil fields along the eastern bank of the Euphrates. Aside from defeating ISIS, these missions are the principle strategic achievements of the US forces in Syria. For now, they are being maintained. Will Turkey’s invasion enable ISIS to reassert itself in Syria and beyond? Perhaps. But here too, as Trump made clear this week, it is not America’s job to serve as the permanent jailor of ISIS. European forces are just as capable of serving as guards as Americans are. America’s role is not to stay in Syria forever. It is to beat down threats to US and world security as they emerge and then let others – Turks, Kurds, Europeans, Russians, UN peacekeepers – maintain the new, safer status quo.

The final assumption of the narrative regarding Trump’s moves in Syria is that by moving its forces away from the border ahead of the Turkish invasion, Trump harmed regional stability and America’s reputation as a trustworthy ally.

On the latter issue, Trump has spent the better part of his term in office rebuilding America’s credibility as an ally after Obama effectively abandoned the Sunnis and Israel in favor of Iran. To the extent that Trump has harmed US credibility, he didn’t do it in Syria this week by rejecting war with Turkey. He did it last month by failing to retaliate militarily against Iran’s brazen military attack on Saudi Arabia’s oil installations. Whereas the US has no commitment to protect the Kurds, the US’s central commitment in the Middle East for the past 70 years has been the protection of Saudi oil installations and maintaining the safety of maritime routes in and around the Persian Gulf.

The best move Trump can make now in light of the fake narrative of his treachery toward the Kurds is to finally retaliate against Iran. A well-conceived and limited US strike against Iranian missile and drone installations would restore America’s posture as the dominant power in the Persian Gulf and prevent the further destabilization of the Saudi regime and the backsliding of the UAE toward Iran.

As for Syria, it is impossible to know what the future holds for the Kurds, the Turks, the Iranians, Assad, or anyone else. But what is clear enough is that Trump avoided war with Turkey this week. And he began extracting America from an open-ended commitment to the Kurds it never made and never intended to fulfill.