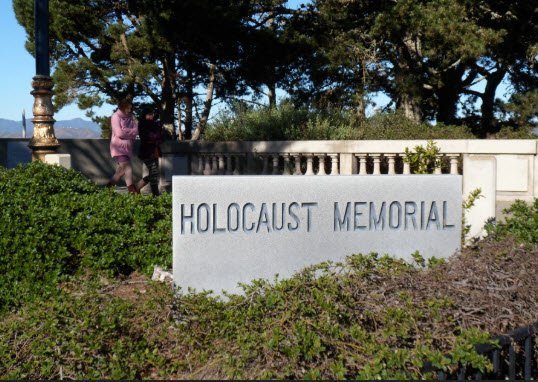 What did you expect in today’s shattered, staggering, dhimmi Britain, where the next Prime Minister could be openly antisemitic and pro-jihad? The UCU has apologized, but would it have done so if no one had said anything?

The University College Union in the United Kingdom sent an email to branches that excluded mention of Jews among the groups persecuted during the Holocaust. According to The Jewish Chronicle, the UCU has since apologized. However, in a review of several websites connected to upcoming commemorations of Holocaust Memorial Day 2020, which will be held on January 27, references to Jews appear to be too often missing.

In the case of the UCU, a long list of those persecuted were mentioned, just not Jews. This included members of “trade unions” and “Roma” and “black people,” as well as gays and lesbians and “Jehovah’s Witnesses.” In addition, “non-Jewish Poles,” were mentioned – but not Jews. The UK’s special envoy for post-Holocaust issues, Eric Pickles, said the incident sends a “chilling message.”

But the problem is much larger than just the UCU. Holocaust Memorial Day 2020 is already being wrapped into the easier to pronounce acronym “HMD 2020,” which in itself removes the word “Holocaust.” On some websites, such as the Holocaust Memorial Day Trust’s page devoted to “75 memorial flames,” it is clearly noted that the Holocaust was “the genocide perpetrated by the Nazis against the Jews of Europe.” However, a press release from April about the “HMD 2020” theme, called “Standing Together,” doesn’t mention the word Jew. The press release, also at the Trust’s website, notes that “HMD 2020 will also include marking the 25th anniversary of the Genocide in Bosnia.” It is interesting that while Bosnia is mentioned, the place that the Shoah began in Germany is conveniently left out, lest anyone recall it was Germany that began the Holocaust and was largely responsible for it.

The April press release of the Holocaust Memorial Day Trust notes that it is “calling people to Stand Together in memory of the millions of people affected by the Holocaust, Nazi persecution and more recent genocides in Cambodia, Rwanda, Bosnia and Darfur.” The UCU seems to have used similar language as part of the Stand Together campaign.

The language here notes that the day “explores how genocidal regimes throughout history have deliberately fractured societies by marginalizing certain groups.” The website now says that the Holocaust was “the systematic murder of six million Jews across Europe.” However, a PDF for planning events doesn’t include the word “Jew.” The same pamphlet, when discussing the Rwandan genocide, mentions “an estimated 1 million Tutsis and moderate Hutus” who were murdered. It also mentions the “Kindertransport” of Jewish children but doesn’t mention that they were Jewish. If they had been Bosnian or Tutsi, who are mentioned in the flier, they might have gotten a mention.

A review of other sites related to the “HMD 2020” and “Stand Together” events reveals that Jews seem to be systematically excluded from discussions about the Holocaust….

The PDF itself doesn’t mention that six million Jews were murdered, which means those downloading some of the material for the 2020 events are given inadequate information, even when the research shows people don’t know how many were murdered. The PDF highlights Albanian Muslims, alone among mentions of various groups in Europe, for saving Jews. While the flier doesn’t mention any Christian beliefs, it notes that “strong Muslim and ethical beliefs” were responsible for Albanians saving Jews. It neglects to mention that many Albanians are also Christian.