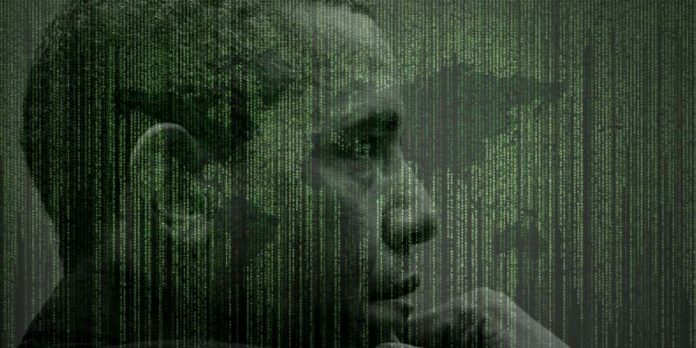 Last night was historic.  The news coming out on four fronts indicates that the Deep State should be very worried.  Those of us uncovering the many corrupt actions taken by President Obama’s Deep State have been looking forward to this day for some time!

Last night it was as if the planets aligned against the Deep State.  On four different fronts it’s now clear that the crooks in the Obama Administration should be very worried.

The first event reported is that the DOJ IG’s FISA report is about to be released.  FOX News reported yesterday the following –

Justice Department Inspector General Michael E. Horowitz told Senate and House lawmakers Thursday that the process of finalizing his report into potential Foreign Intelligence Surveillance Act (FISA) abuses ahead of the 2016 presidential election was “nearing completion,” according to a letter obtained by Fox News.

The “lengthy” draft report “concerns sensitive national security and law enforcement matters,” Horowitz wrote in the letter, adding that he anticipated “the final report will be released publicly with few redactions.”

Horowitz noted that he did not anticipate a need to prepare or issue “separate classified and public versions of the report.”

Of course this is nothing new to those of us who have been following the Russia Hoax scandal.  We knew this was eventually going to come out.  The news overnight is that the report “will be released publicly with few redactions”.  This means that negotiations over redactions were either mute or they weren’t happening.

Many of us thought that the “Deep State was Deep Sixing” the FISA report.  Perhaps they were.  But another theory is that the DOJ IG may have been held back from releasing his report until a time when it would not impede AG Barr’s investigation by his DA John Durham into the Deep State actions before and after the 2016 election.  Had IG Horowitz released his document before all the players in Durham’s investigation were questioned, they might have altered their testimonies based on Horowitz’s report.

Last night we also received word that AG Barr’s Justice Department’s review into the actions of Deep State players before and after the 2016 election by DA John Durham has turned into a criminal investigation.  The far-left New York Times broke the story –

For more than two years, President Trump has repeatedly attacked the Russia investigation, portraying it as a hoax and illegal even months after the special counsel closed it. Now, Mr. Trump’s own Justice Department has opened a criminal investigation into how it all began.

Justice Department officials have shifted an administrative review of the Russia investigation closely overseen by Attorney General William P. Barr to a criminal inquiry, according to two people familiar with the matter. The move gives the prosecutor running it, John H. Durham, the power to subpoena for witness testimony and documents, to convene a grand jury and to file criminal charges.

Over the past few years especially, the New York Times was used by Deep State crooks in the Obama Administration to push narratives damaging to President Trump.  This was really no exception as the next paragraph in the Times’ piece claims that the criminal investigation is happening because “Mr. Trump is using the Justice Department to go after his perceived enemies”. Of course the Times can’t refer to Donald Trump as the President.

What this piece does tell us is a few things.  One, some individuals in the Deep State (i.e. two people familiar with the matter) likely want to get out to their cohorts that Durham is now running a criminal investigation.  Perhaps this is to allow them time to prepare for their impending indictments.  What the Times doesn’t tell us is how long Durham has been running a criminal investigation.

If Durham has been running a criminal investigation for some time, perhaps there are already indictments in the works.  We really don’t know.  What this also may indicate is that IG Horowitz can now release his IG report because Durham has met with all the individuals he needs to meet with to begin indictments for criminal activity.

We also found out late last night that Sidney Powell is aware of numerous documents and actions by Obama’s Deep State that have been withheld from General Flynn that are damning to the government’s case.  These are so damning that she is asking the court to dismiss the case against General Flynn.

What we learned is that among other things, former Deep State and FBI attorney Lisa Page altered the 302 document materially in a manner that implicated General Flynn for lying to the FBI.  She then lied about making the edits. Page of course was the paramour of the most corrupt FBI Agent in history, Peter Strzok.

We also learned from General Flynn’s attorney Powell that Obama’s former Director of National Intelligence, James Clapper, was involved in the felony release of General Flynn’s phone call with a Russian diplomat before the 2017 Inauguration.

Both of these bombshells related to Page and Clapper were dropped tonight.  It is likely that they were dropped now because the information is no longer information that can impact Durham’s criminal investigation, indicting Clapper may have been interviewed already.  On the other hand, perhaps the information on Clapper and Page is already locked and loaded and there is no harm in this information now being released.

We may find out that the recent delays and redactions by the DOJ in regards to Flynn’s case and the IG’s FISA report may have been to prevent the Durham investigation from being derailed rather than the typical Deep State redactions and delays we have been accustomed to in the recent past.  Time will tell.

We also learned last night that Joe Biden during the time he was Obama’s VP, partook in actions resulting in payments to him and his son Hunter.  These payments go beyond the Ukraine and China.  Former New York City Mayor Rudy Giuliani claimed previously that Biden was suspect of a pay-for-plan scandal in Romania.  NBC News last night posted this piece –

In the final year of the Obama administration, an American lawyer traveled to Romania to meet with a businessman accused of orchestrating a corrupt land deal.

The businessman was Gabriel “Puiu” Popoviciu, a wealthy Romanian real estate tycoon. The lawyer brought in to advise him was Hunter Biden, the son of then-Vice President Joe Biden, according to two people familiar with the matter.

Hunter Biden’s work for Popoviciu in 2016 went unreported at the time, but Joe Biden’s involvement in Romania was very much public. The vice president was among the leading voices pushing the government to crack down on corruption.

If this is anything like the Bidens’ actions in the Ukraine and China, it is suspect and likely criminal.  Rudy Giuliani claimed that Obama, the Chicago ‘pol’, ran a pay-for-play sham his entire time in office.  Rudy said his VP was making millions and his Secretary of State Hillary was making hundreds of millions.  Rudy expressed this shortly after Joe DiGenova’s statements about New York Rep. Ocasio-Cortez and the Democrat Party on the Ingraham Angle a couple of weeks ago –

The biggest question left unanswered is why would the Democrats and their Deep State work so hard to prevent candidate Trump from becoming President and then try to end his Presidency prematurely? Why would they put in place a phony Russian sham Special Counsel and then morph into a fake Ukraine impeachment, both of which are bogus?

It may be that they didn’t want anyone to know how corrupt they were.  It may be that the amount of money the Obama Administration made in pay-for-play schemes around the world will shock the average American.  Is this why we constantly hear – Follow the money?

Get your popcorn ready.  This is going to be devastating!