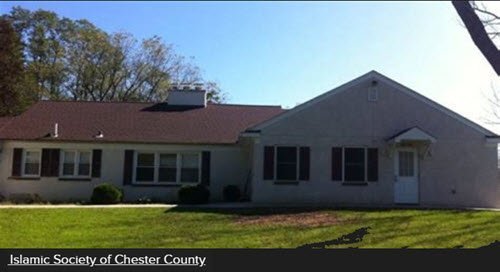 I, Paul David Gaubatz, declare under penalty of perjury that the following statements are true and correct and based on my own personal knowledge:

Research Findings related to the Islamic Society of Chester County:

I have a PowerPoint Presentation with the materials obtained from the ISCC and the Islamic bookstores they suggested to visit. Quotes /Statements were taken from the Islamic materials. The materials are available for complete review.

Based on my qualifications listed in numbers 1 through 19, it is my professional opinion the leadership of the ISCC):

A: Does advocate violence against innocent Muslims and non–Muslims that do not adhere to and desire an Islamic Ummah (Nation) under Sharia Law in America.

B: Does advocate treason and sedition against the U.S. using violent and non violent tactics/methods as do such Islamic terrorist groups as Al Qaeda have and currently utilize.

C: Does pose a serious risk of educating innocent Muslim children into the violent aspects of Islamic terrorist groups and their violent activities directed against America.

D: This Islamic Center uses materials from convicted terrorists and supporters of Islamic based terrorism to educate their worshippers.

E: Is not a religious institution, but more in line with a political/government system.

F: The leadership is openly involved and advocates polygamous marriages.

Recommendation to law enforcement: Conduct a thorough investigation of the ISCC and its leadership (using federal or state authorities):

Overall, I rate ISCC and their related Islamic bookstores as ‘High’ in regards to posing a threat to the security of the United States.  There is a significant possibility some worshippers of this center will carry out Jihadist type terrorism based on what they are being taught.

As stated above this assessment and professional advice are based on my qualifications as listed in numbers 1 – 19 above.