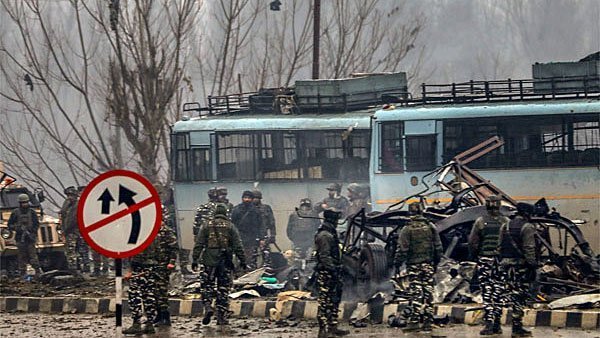 New Delhi, Oct 31: Months after being struck by the Indian Air Force (IAF), the Balakot facility of the Jaish-e-Mohammad is active once again. The Indian Intelligence says that at least 40 suicide bombers are training at the facility. This is a worrying development especially in the wake of Pakistan trying to push more and more terrorists into Jammu and Kashmir. OneIndia caught up with J M Phelps, a counter-terror expert and freelance journalist, focusing on national security for OneNewsNow.com to discuss this issue. Phelps who is also an expert on the issues relating to suicide bombing had he received certification for an intense online self-study through the International Institute for Counter-Terrorism in Herzliya, Israel.

The announcement that Jaish-e-Mohammed (JeM) terrorists have resumed training in Balakot should significantly heighten the alert level of CT (counterterrorism) specialists in the region. JeM has carried out a significant number of deadly attacks in recent decades. They are part of the global Deoband Islamic movement, and there’s a good chance they are actually training 45-50 suicide bombers in Balakot. It stands to reason this threat cannot be ignored by any intel or CT agency. Evidence for the incredible lethality of suicide bombers can be seen in the attack in Jammu and Kashmir’s Pulwama District. On February 14, 2019, 40 CRPF personnel lost their lives. Thankfully, the Indian Air Force responded strongly. 50 kilograms of RDX, Ammonium Nitrate used in Pulwama attack

What does the lethality of a suicide bomber depend on?

The lethality of a suicide bomber is dependent on a number of things – the successful discharge of an explosive, the composition of the explosive device, and how many people are caught within the blast zone of the incendiaries, nails, nuts, bolts, and ball bearings, for example.

What makes suicide bombing so deadly?

One of the most deadly attacks in the terrorists’ arsenal is the suicide bombing attack. Since a suicide bomber can control both the timing and location of an attack, the best deterrence is only a partial deterrence. Timing and location are variables that can be changed in an instant. A high death toll and the emotional chaos it creates are desired by terrorists. Media often plays into the hands of a suicide bomber, because blood equals ratings. Fear and anxiety can be paralyzing to a community or nation. Take, for example, the 9-11 attacks. Suicide attacks create more fear than any other type of attack, in my opinion.

Why is the success rate in a suicide bombing so high?

The success rate of the attack is high even if a bomber misses his planned target because a suicide bomber has the capability to kill anyone in the blast zone or anyone who tries to prevent an attack by simply detonated the explosive device he or she is wearing or transporting. Preventing this kind of attack creates quite a security dilemma for counter-terrorism specialists. 40 highly trained jihadis being readied for strikes in India at JeM’s Balakot facility

Will the JeM undertake a suicide strike again?

The question of whether or not Jaish-e-Mohammad will conduct a suicide attack soon depends on two important variables. One is their motivation, and the other is their operational capability. When one of these two variables is missing, the likelihood of an attack is diminished. However, when both variables are present, you can almost count on another attack.

What should be done to prevent such an attack?

The means to lower at least one of these two factors is a tough responsibility for counter-terrorists, intelligence agencies, or law enforcement personnel to handle. Lowering one or the other is often not enough to prevent an attack. Confronting both the desire and the ability to conduct a ‘successful’ attack is the only long-term solution. Military airstrikes can lower the operational capability of a terrorist organisation, but the Islamic ideology behind a terrorist’s desire to conduct an attack remains a problem – which is all too often ignored. Offensive measures, like an airstrike, can undoubtedly reduce operational capability. But, remember, the reduction of operational capability is only one of the factors in the equation. Decision-makers and CT experts must find a way to curb the religious motivation of a terrorist attack. CT planning must include a counter-motivation campaign, or rest assured, the ugly heads of the Islamic hydra will continue to rise up time and time again – as in the case of those training in Balakot who are increasing operational capabilities as each day passes.

What motivates a suicide bomber?

Committing suicide seems unconscionable and irrational to most Westerners. However, hardcore Islamist’s do not believe they are committing suicide. Rather, he believes he is paving a way to heaven as a Shahid, a martyr. The suicide bomber’s death is sanctified by his faith and is celebrated by his fellow terrorists, friends and family. In fact, his family is not only praised for his effort but is often rewarded for it as well. The suicide bomber believes that blowing himself up is an altruistic step for a terrorist organisation or his family and community. He’s fully convinced that he’s sacrificing his life for Islam and for others the international Muslim community – the Umma.

In the mind of a terrorist, the benefits outweigh the costs. While mainstream media tries to convince us otherwise, religion plays a critical role in every Islamic suicide bomber attack. There’s an obvious reason terrorists are yelling “Allahu Akbar, Allah is the greatest” before detonating a bomb.