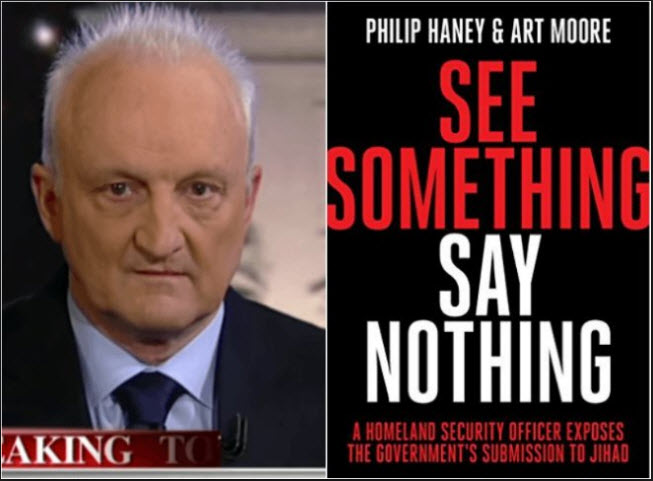 For the subject at hand, most know by now, earlier this week, President Trump addressed the nation on Sunday morning with the news that ISIS leader, Abu Bakr al-Baghdadi was dead. CROSSTALK will not only provide some post analysis of what transpired in the hunt for Baghdadi, but will also give information and WARNING about the Islamic saturation, already in place right here in the United States.

Joining us to discuss this is Phil Haney. Phil is one of the Founding Members of the Department of Homeland Security and served as a Customs Border Protection Officer who retired honorably in 2015, with 15 years of combined Federal service.  He is the author of “See Something, Say Nothing” which is a best-selling expose’ of the Obama Administration’s submission to the goals and policies of the Muslim Brotherhood.  He has 45 years of experience in the Strategy & Tactics of the Global Islamic Movement.  He also has extensive experience in Threat Analysis & Intelligence and is extensively familiar with Middle Eastern culture, history and current affairs.

Who was Abu Bakr al-Baghdadi? Does his death bring an end to ISIS? What is with the hat that Minnesota Congresswoman, Ilhan Omar is wearing? Has America been penetrated by Hamas?  If so, is it too late to turn it around? These questions (and calls from listeners) make for a jam packed edition of CROSSTALK.