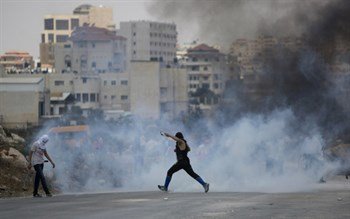 While demanding humanitarian aid from across the globe, the Palestinian Authority spent $2.1 billion to fund Islamic terrorism between 2011 and 2018.

Billions of dollars in foreign aid have been unaccounted for – money that was supposed to go to Palestinian citizens under the oppressive and militant jihadist government run by President Mahmoud Abbas and the Islamic terrorist group Hamas … money that supposedly went to programs that haven’t existed for many years.

“Funding [paid] for terror organizations and [other] funding [was designated] for institutions that have not functioned for over a decade,” the Jerusalem Post reported. “Since 2011, the PA has given the PLO over $1.99 billion, [and] some of that money went directly to Palestinian Liberation Organization member organizations – such as the PFLP – that the U.S., the EU and Israel have designated as terrorist organizations.”

It was revealed that groups that ceased to exist well before the Obama administration were still taking in funds, which were actually funneled into terrorists’ hands.

Despite the fact that the Palestinians have been co-led by the PA and the globally recognized Islamic terrorist group, Hamas, nations around the world have donated billions to the militant government that has called for the destruction of Israel for decades – whose people cheered in the streets on TV as the Twin Towers of the World Trade Center collapsed to the ground, killing nearly 3,000 Americans on September 11, 2001.

“Since its creation, the Palestinian Authority has received tens of billions of dollars of international aid,” PMW’s Maurice Hirsch recounted. “Just since 2011, the European Union, the United States and other countries have provided the PA with hundreds of millions of dollars and euros of aid.”

For years, the Palestinians have made a habit of relying on American and European aid to fund jihad.

“PMW’s research finds that the PA has systematically used U.S. and EU money to fund organizations that donors themselves have designated as terrorist organizations,” Hirsch, who heads PMW’s legal strategies, explained. “It is obvious that donations to the PA to cover its legitimate expenses allows the PA to divert its own resources for these illegitimate purposes.”

More than any other country on Earth, save one, Palestinians receive more money in aid per person from abroad.

“Back in 2005, figures published by the Organization of Economic Cooperation and Development (OECD) showed that the Palestinians received $304 per person in foreign aid,” the Jerusalem Post’s Maayan Jaffe-Hoffman pointed out. “At the time, this was the second highest amount per person – second only to those living in the war-torn Congo.”

During his presidency from 2009–2016, former President Barack Obama was a staunch advocate of the Palestinians in their long-lasting conflict with Israel, not being hesitant to give the Islamic territory millions in taxpayer-funded aid. However, President Donald Trump called for the United States and United Nations to cease funds to its government as long as it carried out its horrific Pay-to-Slay operations, where terrorists and their families received funds to murder innocent Israeli citizens in the name of jihad.

Palestinian leadership showed no indication of stopping terrorism and hostilities toward Israel, so Trump greatly reduced the amount of American tax dollars contributing to the terrorist regime.

“In 2018, the Trump Administration significantly cut funding for the Palestinians,” Jaffe-Hoffman noted. “A report titled ‘US Foreign Aid to the Palestinians’ – prepared by the Congressional Research Service – showed reprogramming of some $231.532 million of FY2017 bilateral economic assistance that was originally intended for the West Bank and Gaza for other purposes. In addition, the U.S. reduced its humanitarian contributions to UNRWA, providing only $65 million in funding during FY2018, versus $359 million in FY2017.”

Reportedly, any money given to the PA will likely end up being funneled – at least in part – into terrorism because of its connection with the PLO.

“While international donors have demanded that the PA show financial transparency, the PLO is not subject to any financial regulation or demands of transparency,” Hirsch asserted. “Accordingly, it is impossible to know what happens with billions of dollars of donor money the PA has given and continues to give today to the PLO.”

He contended that as long as the PA continues its deceptive financial practices, it is foolish for nations to indirectly fund terrorism by continuing Palestinian funds – most of which never reach the people who need it – as the government continues its oppressive leadership over its citizens.

“If the countries that donate considerable aid to the PA do not demand that the PA explain why it squandered billions of shekels of aid – including by providing funding to non-functioning bodies and terrorist organizations – as it cries poverty and begs for aid, then the PA will continue to use and abuse the goodwill of the donor countries,” Hirsch argued.

Even though the $2.1 billion figure was recently revealed, it has been known for years that Palestinians have been diverting humanitarian aid funds to terrorist exploits, with one report last year showing hundreds of millions of dollars paying families of terrorists who murdered “infidels” in the name of the god of Islam, Allah.

“The Palestinian Authority has allocated more than $330 million for payments related to security prisoners and so-called ‘martyrs’ in its 2018 budget, according to a new report published b.y a Jerusalem-based research institute,” the Times of Israel announced last December. “The funds include salaries and stipends for convicted terrorists and their families, though the exact figures for the terrorists and their families are not publicly known, with Israeli officials, researchers and Palestinians split over how many of those eligible for the payments have attacked or killed Israelis.”

A detailed account of where the funds went was disclosed to the public.

“According to the Jerusalem Center for Public Affairs report – which cited the Palestinian Authority’s detailed budget for the year – the PA set aside $146 million for payments for current and past security prisoners and their families,” the Times revealed. “The amount includes salaries for 5,000 families of prisoners, funds for commissary purchases of 6,000 prisoners, stipends for 5,500 released prisoners, grants for 1,500 prisoners upon their release, and other expenditures, the report said.”

“Many security prisoners are convicted terrorists who killed or participated in the killing of Israelis,” the Times noted.