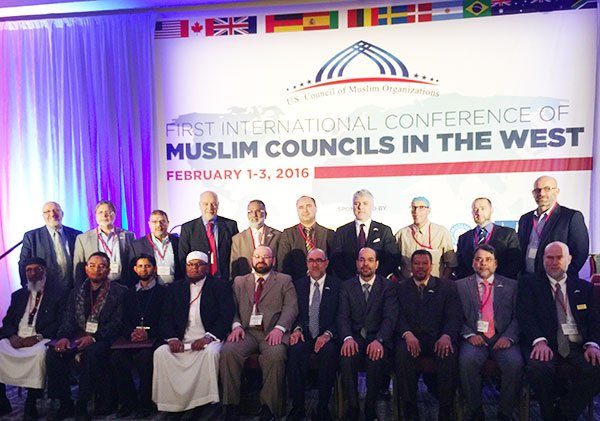 Three weeks after Oussama Jamaal, the Secretary General of the USCMO (US Council of Muslim Organizations, the U.S. Muslim Brotherhood’s political umbrella group), penetrated the White House on 25 September 2019 to attend a symposium led by Vice President Mike Pence, the Department of Homeland Security (DHS) allowed Sufyan Sohel, the Deputy Director of CAIR-Chicago, to facilitate a discussion and training session for U.S. Customs and Border Patrol officers at their offices near O’Hare International Airport on 15 October 2019.

According to the CAIR-Chicago website, Sohel “…gave an overview of Islamic faith traditions, illustrated the rich diversity of the Muslim community, and delved into the rise of Islamophobia and how bigoted policies, including the Muslim Travel Bans, affect Muslims and other marginalized communities.”

CAIR is the U.S. branch of HAMAS (a designated group on the Foreign Terrorist Organizations list), itself the Palestinian branch of the jihadist Muslim Brotherhood. CAIR was named by the Department of Justice (DOJ) as an unindicted co-conspirator in the 2008 Holy Land Foundation (HLF) HAMAS terror funding trial. In 2009, following the 108-count unanimous guilty verdict in the HLF trial, the FBI announced that it was cutting all ties with CAIR. Unfortunately, neither the DOJ at the supervisory level nor the FBI’s field office in St. Cloud, MN would seem to have gotten the memo. A “hate crimes” event there, originally scheduled for 18 September 2019, eventually was cancelled following protests by local activists, but not before the announcement went out that the FBI would be teaming up with CAIR-MN for the forum…ten years after it was supposed to have cut all ties.

While CAIR presents itself as a civil rights organization, individuals closely associated with it sport a long and well-documented history of engaging in subversive and seditious lines of effort against the USG as reported by the Center for Security Policy (CSP) in its 2015 publication Star Spangled Shariah: The Rise of America’s First Muslim Brotherhood Party. Another red flag for the Trump administration should be the close relationship between Nihad Awad’s CAIR and the pro-HAMAS and openly jihadist Turkish government and Justice and Development Party (AKP) of President Recep Tayyip Erdoğan, which are successfully running foreign hostile influence operations against the USG—on U.S. soil. (See the Diyanet Center of America at  https://diyanetamerica.org/ as well as Chapter 2 of CSP’s 2018 monograph, “Ally No More: Erdogan’s New Turkish Caliphate and the Rising Jihadist Threat to the West” for details.)

If the Federal Bureau of Investigation supposedly suspended all formal contacts with CAIR in 2009 due to substantial evidence demonstrating a nexus between CAIR and HAMAS, a U.S. Department of State designated Foreign Terrorist Organization, then why is the Trump administration selecting CAIR to train U.S. CBP officers in October 2019? As the holiday season approaches, how can Americans and other travelers using O’Hare International Airport feel safe and secure, knowing that their CBP officers have been trained by a HAMAS front group, thereby ensuring they do not have an accurate understanding of the Islamic Movement’s enemy threat doctrine or tactics?

The oath to support and defend the Constitution of the United States against all enemies, foreign and domestic, either means something or it does not.