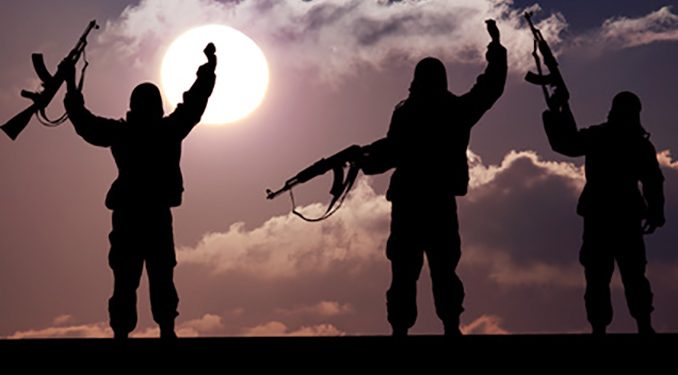 The death of terrorist leader Abu Bakr al-Baghdadi raises some important questions about Islamic beliefs, as well as about the motivations of terrorists.

Terrorist leaders claim that their actions are perfectly in accord with the Koran, the Hadith, the Sira (The Life of Muhammad), and traditional Islamic beliefs. They can point out, for instance, that Muhammad and his troops engaged in the very behaviors for which ISIS is now condemned—rape, sex-slavery, torture, and beheadings. They can also point to numerous passages in Islamic scriptures which present jihad against unbelievers as the highest service to Allah.

On the other hand, moderate Muslims claim that terrorists misunderstand Islam: they have perverted the faith and even betrayed it. Moderate imams insist that terror has nothing to do with Islam, and they can produce different sets of verses to prove the point.

But if terrorists are ignorant of Islam as moderates claim, why do several studies reveal that jihadists are better educated than the average Muslim? And, more to the point, why did the Washington Post refer to al-Baghdadi as an “austere religious scholar”? Well, I don’t know much about his degree of austereness, but he did have a degree—a Ph.D. in Islamic Studies from the University of Baghdad.

Likewise, Omar Abdel Rahman, the mastermind behind the 1993 attack on the World Trade Center, had a Ph.D. in Islamic Jurisprudence from Al-Azhar University. So did Abdullah Azzam, mentor to Osama bin Laden, and the founder of MAK (later renamed al-Qaeda). And Anwar al-Awlaki, the chief propagandist for al-Qaeda and mentor to numerous terrorists, was working on a Ph.D. at George Washington University before he went full jihad.

So, the argument that terrorists are ignorant of Islam doesn’t hold water.

As is now well known, al-Baghdadi, who was appropriately dressed for the occasion in a bomb vest, blew himself up when a member of the Army K-9 corps chased him down in a tunnel. Which brings up a question about Dr. Al-Baghdadi that should be of interest to jihadis and infidels alike. The question is, where does he currently reside? In the words of the elusive Scarlet Pimpernel, “Is he in heaven, or is he in hell?”

Suicide is prohibited in Islam. According to Koran 4:29, those who take their own lives are destined for eternal hellfire. But don’t jump to the conclusion that al-Baghdadi must therefore be in hell. According to a great many Islamic scholars, suicide bombers go straight to paradise and the company of 72 eternally young virgins.

It seems like a contradiction. What’s the catch? The “catch”is that, in the Arab world, suicide bombers are not called “suicide bombers.” They are called “martyrs,” and they are highly honored. What we call a suicide bombing, they call a “martyrdom operation.” And, apparently, that makes it okay. Killing oneself for the sake of killing oneself is a sin, but, in the words of Islam scholar Daniel Pipes, “killing oneself in order to harm non-Muslims is an act of deep piety.” So the same action can be either a sin if committed out of despair, or a supreme form of jihad if committed for the sake of Allah.

But how about al-Baghdadi? Although two of his children died with him, he didn’t manage to harm any infidels, excepting the attack dog, who is expected to survive. His failure brings several questions to mind. Are good intentions enough? Or does Allah reserve brides only for successful jihadists? Should Baghdadi have waited until the American troops were within range before pulling the pin? Why didn’t he wait? Did he turn coward in the face of the approaching dog? Was he overly anxious to get to his reward? Did he kill himself mainly out of love of Allah or mainly out of lust for heavenly virgins?

These are questions that every potential jihadist should be asking himself. And the wonder is that such questions aren’t raised more often by non-Muslims, seeing that every infidel is potentially a ticket to paradise for some jihadist.

It’s often said that we are in an ideological war with Islamists. Shouldn’t we, then, take every opportunity to force Islamists to question their ideological system? The death of al-Baghdadi provides a golden opportunity to pose some questions that would help to clarify the minds of jihadists, while helping infidels come to a better understanding of Islam.

“Is Baghdadi in hell?” The question could be posed to Grand Imam Ahmed al-Tayeb and other prominent Islamic leaders. The point is not to get the answer but to raise the question. The Grand Imam and others may decline to answer, or they may answer in evasive or equivocal ways. No matter. The mere fact that they want to avoid the question will speak volumes. The important thing is to bring this and similar questions out in the open.

Is Baghdadi in hell? Or do Muslims worship a God who rewards the leader of a brutal band of killers, torturers and rapists with eternal bliss? Inquiring minds want to know.

But, of course, there are apparently very few inquiring minds left in the West. These are central questions, but they are the kind of questions that far too many reporters, politicians, and Catholic dialoguers take pains to avoid. There are as few establishment figures willing to ask such questions as there are moderate imams anxious to answer them. Admittedly, some imams do from time to time issue fatwas forbidding terrorism and the taking of innocent lives. But these are generally worded in such a way that enough loopholes are left for a column of jihadists to drive through.

Besides, jihadists and jihadists in the making don’t generally pay much attention to moderate imams. They do, however, spend a lot of time on the Internet exploring websites and exchanging notes with others of like mind. So, the Internet is the place to go if you want to raise the uncomfortable questions that the mainstream media refuses to raise.

As to where, exactly, one goes on the Internet, it’s not an area with which I have much familiarity; but I notice that there are a number of young, outspoken conservative YouTube commentator/personalities who wouldn’t mind broaching these subjects. In addition, there are a number of Christian apologists, such as David Wood of Acts 17 Apologetics Ministry, who interact frequently with their Muslim counterparts, and whose video blogs are followed closely by both Christians and Muslims. Of course, the FBI, Army Intelligence, and other intelligence agencies undoubtedly do know where the action is on the Internet, and for all I know they may already be exploiting the “Baghdadi in hell” meme. But I have my doubts.

However they are conveyed, these are the kinds of questions that ought to be asked in public over and over until they begin to echo and reverberate both in the minds of Muslims and naïve Westerners as well. We should especially encourage potential jihadists to question themselves. Do they really want to throw the dice? What if they muff the martyrdom operation and only manage to blow themselves up? Can they count on their capricious God to reward them for good effort? Are they undertaking the martyrdom mission primarily out of love of God or out of love of sex? Better be careful here. It’s easy to fool yourself. But Allah knows all, and he knows if your motives are pure. If your motive for taking your life is no more than the hope of promised sensual rewards, then you go to hell. It’s a tough calculation. As Clint Eastwood might put it, “Do you feel lucky?”

The goal here should be to instill doubts in the minds of Muslims about some of the more extreme beliefs that come with their faith. Hopefully, the initial question about Baghdadi’s fate will lead the would-be jihadist on to other questions. Does he really believe it’s okay to murder women here on earth so that he can have women in heaven? What kind of a person is he? Does he actually believe that God has set aside 72 virgins exclusively to serve him in paradise? Isn’t that just an adolescent day dream? Has he ever wondered if virgins in paradise isn’t just a con game designed to get him to enlist in the jihad?

If it all sounds insensitive—and highly dangerous to boot—consider that the walking-on-eggshells approach to Islam has yielded zero results and has, arguably, made the world a more dangerous place. By contrast, tough questions can open minds. They may even give a young man the chance of growing up instead of blowing up.

Like Christians, Muslims believe in hell. Unlike most Christians today, however, they worry a lot about going there. Indeed jihad is often presented to young Muslims as the surest way of wiping the slate clean, earning Allah’s favor, and avoiding hell. It’s important therefore, to try and implant some seeds of doubt about that. If even a small number of Muslims become convinced that the path of jihad is the surest road to hell, it might eventually make a world of difference.

The question about Baghdadi’s fate may also have a salutary effect on naive Christians and gullible secularists. It may come as a surprise to some of them that many Muslims believe that Abu Bakr al-Baghdadi is safely ensconced in paradise as a reward for his heroic deeds. Perhaps the news will help them develop a more clear- headed view of what “diversity of religions” really entails.