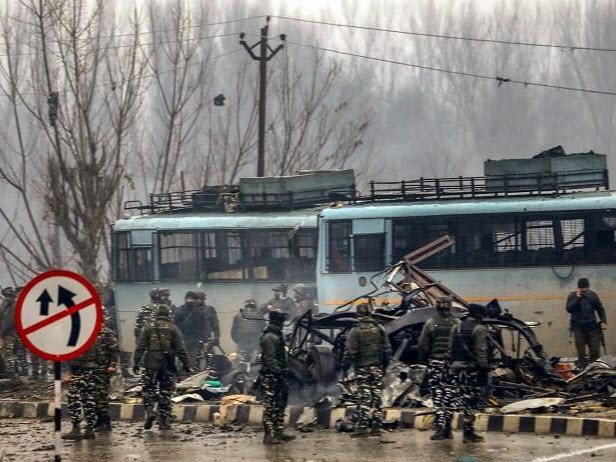 The latest intelligence reports out of India are indicating the Islamic terror groups Jaish-e-Mohammed (JeM) and Lashkar-e-Taiba (LeT) are preparing to launch large-scale attacks in the region. As more and more terrorists are trained in places like Balakot, Pakistan, and are then pushed into the volatile region of Jammu and Kashmir, the threat of suicide bomber attacks against India is increasing exponentially.

In a recent example, the lethality of suicide bombers can be seen in the February 14, 2019, attack in Jammu and Kashmir’s Pulwama District. Forty Central Reserve Police Force (CRPF) personnel lost their lives. JeM, the Pakistan-based Deobandi jihadist terrorist group, was responsible for the attack.

A basic understanding of suicide bomber attacks reveals a suicide bomber could rarely pull off a ‘successful’ attack without the aid of a broader terrorist organization. Terrorist organizations are, more often than not, involved in at least one of a number of stages. These stages include the initiation, planning, funding, preparation, and/or the actual execution of the attack. And it’s worth noting many of these stages can almost always be linked to a cross border connection — like Pakistan in the case of JeM and LeT.

Regardless of which side of the world one resides, countering an attack from a terrorist organization is one of the toughest tasks assigned to any counter-terrorist specialist, intelligence agency, or law enforcement office.

Contrary to Western thought, the decision-making process for both the terrorist organization and the suicide bomber is a rational decision-making process. Although it’s a complex issue, the one unifying factor common to almost every suicide bomber in the world is the religion of Islam. As politically incorrect as it sounds in today’s society, a devout devotion to Islam is often the root of the problem.

Nonetheless, there are also a number of tactical measures outside of countering ideology to consider when tasked with trying to prevent a large-scale attack.

Suicide bombers carry explosives on their bodies or transport the explosives in a vehicle, easily moving from one location to another. It takes tremendous intel capability to zero in on this part of their deadly game. Once the bomber begins his mission, success rates are magnified beyond measure. He can attack anywhere at any time.

The suicide attack is also a low risk form of attack from the perspective of the terrorist organization. The attacker can detonate a suicide vest or a VBIED (vehicle-born improvised explosive device), killing himself in the process, leaving no chance for capture and interrogation.

As controversial as the tactic may be, targeting killings are one way to be proactive in preventing these kinds of attacks. In fact, it may be the most effective measure against the planners and/or perpetrators of a suicide bombing attack. If the early stages of an attack can be interrupted by a targeted attack, there’s a greater chance to prevent the loss of innocent lives.

Whether this measure or another would be employed, preventing a suicide bombing requires an immeasurably strong intelligence warning. CT specialists must get their hands on up-to-date, reliable intel that gives them a prior knowledge about the terrorist organization’s intentions. As many of the ‘who, what, when, where, how’ questions must be answered. — and answered precisely. Short of a targeted execution, arrests can be made with the right intel. Attacks can be thwarted.

Acting defensively against a suicide bomber is an ambitious and tough assignment. Once a bomber has strapped a bomb to his body, his list of potential targets grows exponentially. And this becomes somewhat of an advantage for the terrorists, as CT specialists are responsible for trying to protect multiple targets. This can easily spread any agency or office thin. Thus, they must remain focused solely on the specific targets intel points them to. Unfortunately, they can’t always be right.

It’s important to add that cross border connections must be dealt with. As terrorists continue to funnel through places like Zahedan and Peshawar in South Asia, it becomes incredibly important to stay extremely alert about not only the rhetoric, but also the actions of those who are across the border — those who are co-opting the initiation, planning, funding, and preparation stages of an attack.

Solid intel, ramped up security in high-risk areas, effective responses to the attacks when they occur, and the involvement of the community is essential to thwarting a ‘successful’ suicide attack. India must remain vigilant.

J.M. Phelps s a counter-terrorism specialist, suicide bomber expert, and freelance journalist, focusing on national security for OneNewsNow.com. In 2018, he received a certification for an intense online self-study through the International Institute for Counter-Terrorism in Herzliya, Israel.