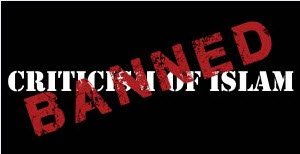 (Minneapolis, Minnesota)—On November 12, 2019, the American Freedom Law Center filed a civil rights lawsuit in the U.S. District Court for the District of Minnesota on behalf of Sally Ness.  The lawsuit alleges that the City of Bloomington, two City police officers, and the Hennepin County Attorney violated Ness’s rights protected by the First and Fourteenth Amendments by threatening to enforce local and state laws against her for filming public information exposing various zoning and other violations committed by a local mosque and its associated school, both of which are located in Ness’s neighborhood.

“The First Amendment fully protects our client’s right to gather information through photographing and videotaping.  And this is particularly the case here because she is filming public matters related to a public controversy.  As the courts have explained, the right to freedom of speech includes not only the actual expression of one’s views, thoughts, opinions, and other information concerning matters of public interest, but also non-expressive conduct that intrinsically facilitates one’s ability to exercise free speech rights, including efforts to gather evidence and information by photographing and videotaping.  Here, the City and County seek to make a crime out of what under the Constitution cannot be a crime.  Their threats of prosecution are aimed directly at activity protected by the First Amendment.”

For many years, Ness has been documenting the public controversy surrounding the Dar al-Farooq mosque (DAF) and its associated school, the Success Academy, both of which are located in her neighborhood in the City of Bloomington, Minnesota.  Ness would often film zoning and other violations committed by DAF and the Success Academy that are disruptive to the neighborhood.  Ness would publicly disseminate this information via a blog and Facebook page.  She would also bring these violations to the attention of the City, which would largely ignore her concerns and the similar concerns of her neighbors.

This past August, City police officers confronted Ness and warned her that because people associated with DAF and the Success Academy felt “threatened” by her filming she should “stop” because she could be charged with violating the Minnesota harassment statute.  Per the City’s official police report: “Ness was advised that she could be charged with harassment if the parents and principal felt intimidated by her actions.”

On October 28, the City, in an effort to appease DAF and Success Academy patrons who object to Ness’s filming, passed a City ordinance providing that “No person shall intentionally take a photograph or otherwise record a child without the consent of the child’s parent or guardian.”  Because Ness seeks to expose, among other violations, DAF’s and the Success Academy’s noncompliant and overuse of a local City park—a park in her neighborhood that she would often attempt to use with her grandchildren—her information gathering efforts include, quite necessarily, photographing and videotaping the use of the public park by children associated with DAF and the Success Academy.  Additionally, Ness has taken pictures of students being dropped off to Success Academy and weekend school to document the noncompliant number of students attending the schools and the unsafe and noncompliant drop off conditions.  There is no doubt that this newly minted and unusual City ordinance was directed at her.

On October 30, at the request of a City detective, Ness met with the detective and two other City officials.  The detective informed Ness that she is under investigation by the County for allegedly violating the Minnesota harassment statute due to her filming and documenting of the activities of DAF and the Success Academy.  This latest threat intended to intimidate and silence Ness was the last straw, prompting the filing of this lawsuit.

“If you publicly criticize Islam, it is called ‘hate speech.’  If you exercise your First Amendment right to collect evidence of a mosque violating zoning and other laws via photographing and videotaping and expose this evidence to the public, you can be prosecuted for ‘harassment.’  This case is another example of the encroachment on our liberties when Islam is involved.”

The lawsuit asks the court to declare the Minnesota harassment statute and the City’s newly enacted ordinance prohibiting filming in a City park unconstitutional and to enjoin their enforcement, particularly as applied to restrict Ness’s First Amendment activity.  Ness is also seeking the recovery of her attorneys’ fees and costs.