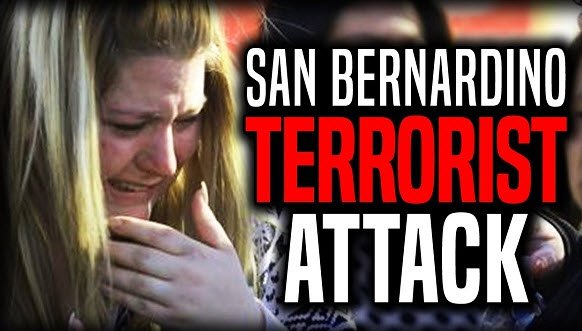 Four years ago today, at 10:58 PST on December 2, 2015, Syed Farook and his wife Tashfeen Malik began shooting his own friends and colleagues at the San Bernardino County Department of Public Health.

By 11:04, the first police arrived at the scene, but Farook and Malik had already escaped. Four hours later (at 3:08), they were sighted on North Tippecanoe Avenue in San Bernardino by a law enforcement officer, and by 3:14:53, both had been killed in a dramatic shootout with police, just 1.7 miles away from the Department of Public Health.

Here are the pictures of the 14 people who lost their lives in this Islamic Jihad attack. More can be learned about them here, here and here.

What we don’t see here are the pictures of the 17 other people who were injured during the shootings, nor do we know very much about what they’ve gone through because of their injuries, or how they’ve have been doing in the last four years since the attack.

We don’t know very much about their families, either, and the great price they have paid since that day, four years ago.

I have had the honor of getting to know some of them.

As a sworn Federal Law Enforcement Officer who has also been deeply affected by this case, it is my intention, in the weeks, months and years ahead, to help make sure that their stories are not forgotten, and that on one fine day, we will all know more about what really happened on that December day in San Bernardino.

Philip B. Haney was a Founding Member, Department of Homeland Security (DHS), and a Customs & Border Protection Officer (CBP – Ret.)