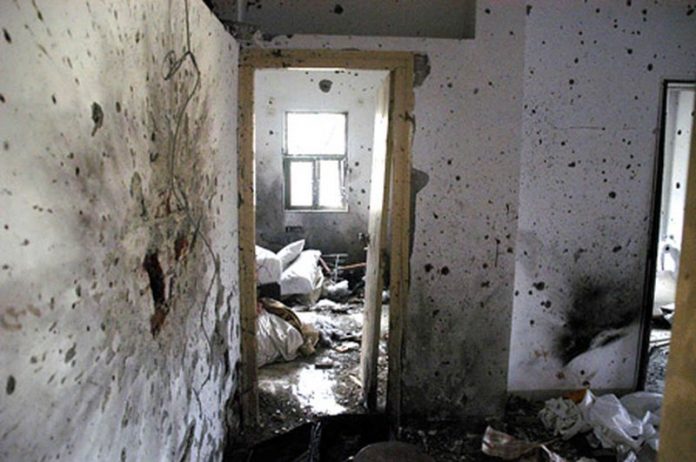 Suicide bombers are undeniably lethal, but their lethality depends on the successful discharge of an explosive, what’s inside the explosive device, and how many people are caught within the range of the blast.

Last week, Israel’s Channel 12 warned Israel that terrorists are planning to target Jewish institutions and Jewish tourists in India. Indian intelligence agencies received specific information about the threat, pinpointing locations where there is potential to find a high concentration of Israeli tourists, including places like the synagogues in Kerala and Chabad houses around the country.

Indian concern has increased significantly, as evidenced by security organizations having taken steps to increase security around Jewish institutions and tourist areas. The threat is a stark reminder of 2008 Mumbai attacks, when over the stretch of four days, the Islamist terrorist group Lashkar-e-Taiba carried out a series of attacks, including one on the Mumbai Chabad House. The attacks left 166 people dead.
Intelligence reports continue to indicate Islamic terrorist groups, including Lashkar-e-Taiba and other Deobandi-linked organizations, are preparing to execute large-scale attacks in India. History tells India, as well as Israel, that these kinds of threats simply cannot be ignored.
Suicide bombers are undeniably lethal, but their lethality depends on the successful discharge of an explosive, what’s inside the explosive device, and how many people are caught within the range of the blast. Incendiaries, nails, nuts, bolts and ball bearings are the deadly implements most commonly used.
Suicide bombings are also some of the most precise and deadly attacks in the terrorists’ arsenal. Even the best deterrence is only partially effective, since a suicide bomber is able to control both the timing and location of an attack, and either of these two variables can be changed in an instant as the bomber prepares to attack.
Even if suicide bombers miss their planned targets, they still have the capability to kill anyone in the vicinity or anyone who tries to stop them by simply detonating the explosive they’re wearing or transporting. This creates quite a security dilemma for security organizations and counter-terrorism specialists who are tasked with preventing such atrocities.
The question of whether an attack against Jews is imminent in the region depends on whether or not a terrorist organization has both the motivation and the operational capability to conduct a successful attack. The likelihood of an attack dwindles when one of these two variables is missing. But when motivation is high and the attacker has the operational capability, one can almost rest assured there will be an attack.
THUS IT falls into the hands of counter-terrorists, intelligence agencies and law enforcement personnel to find a means to lower at least one of these factors. But keep in mind, lowering either motivation or operational capability is typically a temporary solution to thwart a given attack. A long-term solution is only possible when both the desire and the ability to attack is taken away from the terrorist.
While offensive measures to terminate or arrest a terrorist can certainly subdue his or her operational capability, it’s the Islamic ideology behind the terrorist’s motivation that leaves the counter-terrorist in a tough spot.
From a Western perspective, suicide seems unconscionable and irrational. But from the Islamist’s perspective, he’s not committing suicide. The bomber is convinced that blowing himself up is an altruistic step for a terrorist organization and/or his family and community, as if he’s sacrificing his life for Islam and on behalf of others.
Thus, in his mind, the benefits outweigh the costs. Despite what mainstream media wish to say, this religious connection plays a pivotal role in every Islamic suicide attack. Why else does an Islamist scream Allahu akbar (“Allah is the greatest”) before attacking?
The paradox of offensive measures taken against the terrorist organization is that decision-makers often become satisfied with the results of something like an airstrike to a training camp, which certainly reduces operation capability. However, an effective counter-terrorism strategy cannot turn a blind eye to a counter-motivation campaign in counter-terrorism planning.
As seen time and time again, ugly heads of the Islamic hydra are quick to rise up from the ashes once their capabilities have been restored. Until the world recognizes the gravity of Islamic ideology and finds a way to curb it, we will continue to witness suicide attacks taking innocent lives. Indian intelligence and Israeli tourists must remain alert and watchful during this time, as the terrorist threat has become quite routine for Jews in the region.
The writer is a counter-terrorism specialist and freelance journalist focusing on national security for OneNewsNow.com. In 2018, he received certification for an intensive online self-study program through the International Institute for Counter-Terrorism in Herzliya, Israel.
Share Our Work