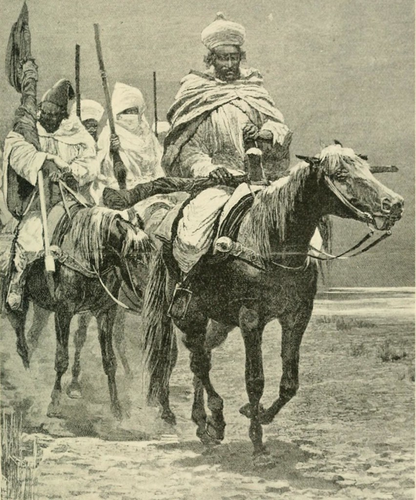 According to an earlier UK study:

The lines between terrorism and criminality are becoming blurred as an increasing number of former criminals join the Islamic State… Nearly 60 percent of European jihadists studied by researchers had been jailed previously…  Once recruited by ISIS, these people easily transition to committing violence for a different cause… [T]he welcome from ISIS offers criminals a perceived chance at “redemption” without requiring a change in behavior.

Even so, the establishment refuses to see any direct correlation between Islam and criminality.  As the director of the study himself explained, criminals “are the perfect fit” because the “Islamic State doesn’t require any intellectual sophistication. It doesn’t ask you to study religion. It makes it all like a computer game.”  In other words, criminals are ideal recruits because they don’t know — nor do they care to learn — the first thing about “true” Islam.

Or, as John Brennan memorably asserted of ISIS members when he was head of the CIA, “they’re criminals.  Most — many — of them are psychopathic thugs, murderers who use a religious concept and masquerade and mask themselves in that religious construct.”

Here, again, we see how ignorance of history — willful or otherwise — undermines Western security. The fact is, from the very beginnings of Islam and throughout the centuries, the overwhelming majority of Muslims who participated in jihads had no “intellectual sophistication,” did not “study religion,” and generally behaved like “psychopathic thugs, murderers.”  That’s because Islam’s “religious construct” was always designed to entice and mobilize such men.

All this is evident in the career of Islam’s prophet, Muhammad. After more than a decade of peaceful preaching in Mecca, he had won over only some 100 followers, mostly relatives.  Once, however, he took to raiding and plundering all who rejected his Islam — and became immensely successful at it — his followers grew exponentially.

Then and now, those who undertook jihad were never obligated to have sincere or pious intentions. That’s because — and despite all Western projectionism and relativism — Allah is not God; he is not interested in the “condition” of the jihadist’s “heart,” but rather his sword.  The cold, businesslike language of the Koran makes this clear. Whoever commits to the jihad makes a “fine loan to Allah,” which the latter guarantees to pay back “many times over,” always commensurate with the jihadist’s efforts (Koran 2:245, 4:95).

Or as Koran 9:111 succinctly declares: “Allah has bought from the believers their lives and worldly goods, and in return has promised them Paradise: they shall fight in the way of Allah and shall kill and be killed… Rejoice then in the bargain you have struck, for that is the supreme triumph.”

In short, any Muslim can join and reap the rewards of jihad — including by plundering, raping, and enslaving non-Muslims — so long as their “efforts” (literally, jihad) are seen as somehow empowering or benefitting Islam.  Fighting in Islam’s service — with the risk of dying — was and is all the proof of piety ever needed. Indeed, sometimes fighting has precedence over piety: many dispensations, including not upholding the obligatory prayers and fasting, are granted those who participate in jihad. Ottoman sultans were actually forbidden from going on pilgrimage to Mecca — an otherwise individual obligation for all Muslims — simply because doing so could jeopardize the annual jihad

Consider the Ottoman sultan Mehmet II.  He was a notorious pedophile, homosexual, and drunkard; he also had a sadistic side, and perfected the art of impalement. Regardless, he is honored by Muslims around the world — virtually venerated in Turkey — because he was also a successful jihadist and conqueror of Constantinople.

Similarly, Mecca’s tribal elites, Khalid bin al-Walid and Abu Sufyan had for years mocked, mistreated, and eventually evicted Muhammad from Mecca.  When he returned a decade later as conqueror, they were among the first to proclaim the shahada, enter the fold of Islam, and become among Muhammad’s closest companions. Otherwise, not much changed.

Khalid (now known as the “Sword of Allah”) continued to engage in the sorts of atrocities that troubled even fellow Muslims — such as slaughtering a Muslim man on the false accusation that he had apostatized, cooking his head, and raping his wife.  As for Abu Sufyan, he merely called on the Arabs to “jihad in the way of Allah” in Christian Syria, so that, in his words, they might “seize their lands and cities, and enslave their children and women.”

Whatever their backstories, both Khalid and Sufyan are revered within Islamic historiography because, like Ottoman sultan Mehmet II, they were committed to the jihad, which — even if they “exploited” it for their own gain — also helped expand Islam.

Such was the genius of Muhammad: in the Arabian tribalism of his day, members of one’s extended tribe were as inviolable as non-members were violable. Muhammad took this idea and infused it with a pious rationale.  Henceforth there would only be two “tribes” in the world: the umma — which consists of all Muslims, whose blood is vouchsafed — and the “infidels,” who exist to be plundered, enslaved, or killed with impunity, for rejecting Allah.

This also explains why other tribal peoples — Turks and Tatars — also converted to and found Islam compatible with their lives.  “[I]f taking lives and ravaging the lands of the infidel were the means by which the ends of expanding Islam were served, then the new converts’ traditional pleasures were now happily endowed with a pious rationale,” writes one historian on the Turks’ conversion to Islam.  Similarly, “the Tartars had adopted Islam because it was the easy religion, as Christianity was the hard one,” observed a fourteenth-century European. Whereas Islam complemented the tribal way of life, Christianity only challenged it.

Thomas Aquinas (d. 1274) summarized the matter thusly:  “He [Muhamad] seduced the people by promises of carnal pleasure to which the concupiscence of the flesh urges us… and he gave free rein to carnal pleasure. In all this, as is not unexpected, he was obeyed by carnal men.”

Today, not much has changed.  Characterizing modern-day jihadists as “criminals,” “psychopathic thugs,” and “murderers” — as if “true” jihadists were ever anything more noble — is at best redundant, at worst dangerously misleading.

For many more examples of criminal jihadists throughout history, see Ibrahim’s Sword and Scimitar: Fourteen Centuries of War between Islam and the West

Esper: Pentagon is looking for more ways to prevent base access to ‘foreign-inspired terrorists’