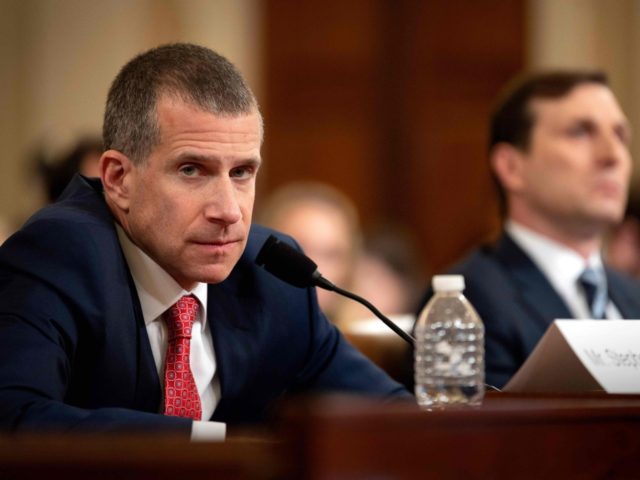 Stephen Castor, Republican counsel for the House Intelligence Committee, laid out his party’s case against the impeachment of President Donald Trump in the House Judiciary Committee on Monday.

Castor was responding to the opening presentation by Democrat counsel Daniel Goldman, much of which reprised Democrats’ 300-page report, which Chairman Rep. Adam Schiff (D-CA) released last Tuesday. (Schiff himself did not appear Monday.)

First, as regards Democrats’ claim that Trump abused his power:

Second, as regards the claim about obstruction of Congress:

Morton A. Klein is National President of the Zionist Organization of America (ZOA). A National Jewish weekly named him one of the top five Jewish leaders in America and one of the top Jew activists of the last century. Follow him on @mortonaklein7 and ZOA.org. Dr. Daniel Mandel is Director of the ZOA’ s Center for Middle East Policy and author of H.V. Evatt & the Establisment of Israel (Routledge, London, 2004).