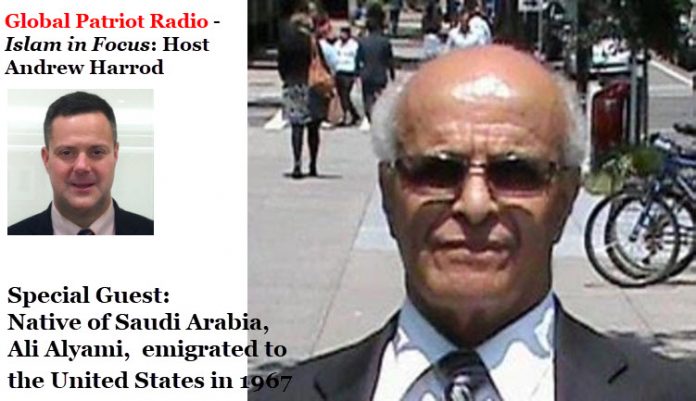 A native of Saudi Arabia, Ali Alyami emigrated to the United States in 1967 on an Aramco scholarship.  A lifelong advocate of Saudi political reforms, he holds a doctorate in Government from California’s Claremont Graduate University.  His doctoral theses studied “The Impact of Modernization on the Stability of the Saudi Monarchy.”  Alyami will join show host Andrew E. Harrod to discuss the recent terrorist attack at the Pensacola Naval Air Station in Florida by a member of the Saudi military as well as the history of repressive Saudi society and its hopes for future reform.