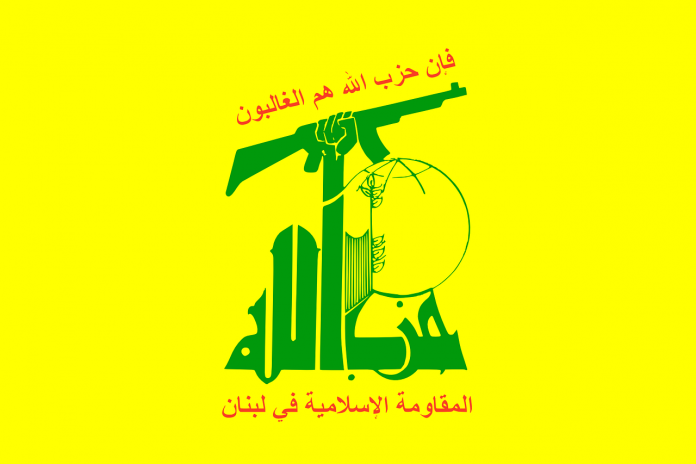 In the wake of 9/11 a great deal of thought was given in this country to the state of our intelligence services.  Much of the focus, justifiably so, was placed on CIA and collection abroad.  Simultaneously, though, there was significant discussion of the possibility of creating an American version of MI5, the British domestic intelligence service, to handle spying at home.

MI5 is not the British FBI.  It is not a law enforcement organization.  It is an intelligence collection apparatus that works within the United Kingdom.  Its focus is not on criminal investigations and arrests, but on the running of sources and the collection of intelligence.

In the end the decision was made not to create any new organization here in the United States. Instead, the task of collecting intelligence was given to the FBI, which created for the purpose a National Security Branch. In theory, this entity would integrate FBI counterintelligence and counterterrorist capabilities and somehow blend law enforcement and intelligence functions into a cohesive whole.

Recent cases involving Hezbollah highlight the continuing concerns about the effectiveness of this solution.

In September of this year a New Jersey man, Alexei Saab, was arrested and indicted on charges of working as a long term undercover Islamic Jihad Organization (IJO) operative inside the United States.  The IJO is the overseas arm of the terrorist group Hezbollah.

Saab was not someone with aspirations of becoming a jihadist.  He was not radicalized in place while watching YouTube videos.  He was a highly trained, carefully directed operator.

Saab joined Hezbollah in 1996.  He worked in Lebanon surveilling and reporting on Israeli troop movements.  He received extensive weapons handling training and was also taught how to build explosive devices.
In 2000 Saab was sent by Hezbollah to the United States.  He became a citizen three years later.  During his time in the United States Saab was directed by Hezbollah to surveil dozens of potential targets in and around New York City and to compile the data necessary for Hezbollah to plan terrorist attacks.  The targets cased included the New York Stock Exchange, U.N. building, Statue of Liberty, Rockefeller Center and local airports, tunnels and bridges.

According to court records, Saab “focused on the structural weaknesses of locations he surveilled in order to determine how a future attack could cause the most destruction. SAAB’s reporting to the IJO included the materials used to construct a particular target, how close in proximity one could get to a target, and site weaknesses or ‘soft spots’ that the IJO could exploit if it attacked a target in the future.”

Saab also conducted similar operations in Washington, D.C., Boston, and other cities.  Those targets included Fenway Park and the Prudential Center in Boston and the U.S. Capitol and Lincoln Memorial in Washington.  Saab also received additional training in Lebanon since his arrival in the United States in 2000.

Saab’s arrest follows those in 2017 of two other Hezbollah operatives on U.S. soil.  Ali Kourani was apprehended in the Bronx, and Samer El Debek was arrested in Michigan.  Both men were charged with “providing, attempting, and conspiring to provide material support to Hezbollah; and receiving and conspiring to receive military-type training from Hezbollah.”

As with Saab, both Kourani and El Debek were long-term, deep cover operatives casing targets in preparation for attacks on U.S. soil.  Kourani entered the U.S. in 2003.  El Debek is a naturalized U.S. citizen from Dearborn, Michigan who was recruited by Hezbollah in 2008.  Both men carried out numerous operational assignments for the IJO before being taken into custody.

After the arrests of the two men, Acting Manhattan U.S. Attorney Joon H. Kim said, “At the direction of his Hezbollah handlers, El Debek allegedly conducted missions in Panama to locate the U.S. and Israeli Embassies and to assess the vulnerabilities of the Panama Canal and ships in the canal. Kourani allegedly conducted surveillance of potential targets in America, including military and law enforcement facilities in New York City. ”

On the face of it, these arrests might suggest that the FBI is accomplishing its mission in regard to domestic intelligence collection.  But, looks can be deceiving.  This is the world of intelligence – of espionage – where all is not necessarily what it seems.

Saab, Kourani and Debek were working in place inside the United States on behalf of Hezbollah.  They were receiving instructions from the IJO.  They were transmitting data.  They believed themselves invisible.

Now they are off the street. They are no longer a threat.  The threat from Hezbollah has not disappeared, however.  In all likelihood each of these three men has already been replaced by a new IJO operative about whom we know nothing.  Without question all other IJO terrorists on our soil have now changed their methods of operation and communications procedures to make it harder for the FBI to detect them.

There was an alternative.  We could have left all three men in place – monitoring their communications, surveilling them and letting them think they remained invisible.  Then, we would know, not just what Hezbollah was planning years ago, but what they are planning today.  Then, we would have had real time, concrete, actionable intelligence on threats here on U.S. soil.

Even better, we could have “doubled” all three men.  We could have pulled them in, confronted them with the evidence against them and given them a stark choice.  Go to prison for a very, very long time or go to work for us.

If they accepted the offers made, the men would have then been put back on the street and directed to continue to act as if nothing had changed.  They would take direction from Hezbollah.  They would report to Hezbollah.  The IJO would be none the wiser, but we would be in control. We would drive the narrative, shape Hezbollah’s perceptions and be, always, one step ahead.

The British did this during the Second World War against the Germans to
devastating effect.  In the end, they “doubled” every single agent the Germans sent into England.  The British were then able to create entire fictitious narratives for consumption in Berlin, complete with fabricated stables of sub-sources that never really existed. Over three dozen German operatives were apprehended and turned before the end of the war, and the Germans never had a clue.

The deception was so complete, and the “intelligence” fed to the Germans so believable that a number of German agents, who were in reality now working for the British, received German medals for their achievements. The entire British counterintelligence operation – Double Cross – was financed from funds confiscated from German assets.

We chose another path.  We chose the short term gratification of an immediate arrest over long-term strategic intelligence collection.  What price we will pay remains unknown.

Three IJO operatives are off the street.  They will never threaten us again. How many more are still out there remains unknown.  What they are doing today, and when the attacks they are planning will materialize remains unknown as well.  We must ask ourselves if we have really come out ahead in this game, and, unfortunately, we must ask – Is the FBI up to the task?