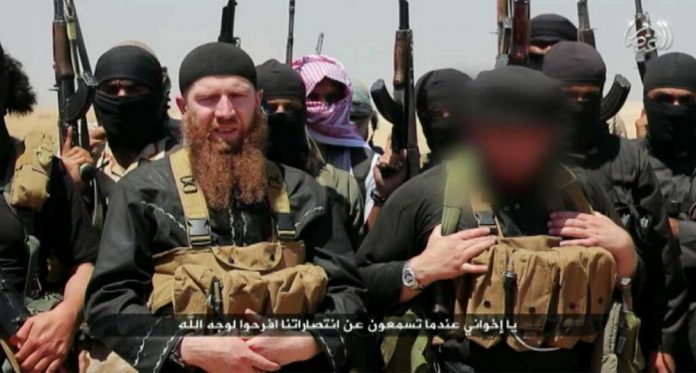 Following a three-and-a-half day trial, Said Azzam Mohamad Rahim, a 42-year-old United States citizen, was convicted in May of one count of conspiracy to provide material support to a designated foreign terrorist organization (FTO), one count of attempting to provide material support to an FTO, and six counts of making false statements involving international terrorism to federal authorities.

“Rahim spread the violent message of ISIS online,” said Assistant Attorney General for National Security John Demers. “He also attempted to travel to support ISIS and then lied to FBI when questioned about his activities. This sentence is the consequence of his criminal activities and a clear message to others who would consider following in his footsteps: don’t.”

According to evidence presented at trial, Mr. Rahim moderated a social media channel dedicated to recruiting fighters for the Islamic State of Iraq and al-Sham, or ISIS, a State Department designated terror group.

Records showed he spent years on Zello’s “State of the Islamic Caliphate” channel, where he touted acts of terror under various monikers:

“Kill and do not consult anyone,” he said in July 2016. “Kill by any means, smash his head on the wall, spit in his face, burn — I mean anything, anything – poison, anything.”

“Brothers!  What are you waiting for?” he said a month later. “Mobilize and perform jihad for the cause of Allah…. Some of the brothers mobilized from this channel, they were amongst us.”

He even praised several terrorist attacks after the fact.

“I was happy for this act,” Rahim said after a truck barreled into a crowd of people in Nice, France, killing 86. “Those dogs.”

Mr. Rahim was arrested on March 5, 2017 at the Dallas Fort Worth International Airport, where he was attempting to board a flight to Amman, Jordan.  Asked by agents if he had ever supported ISIS, advocated travel for the purposes of jihad, promoted violence on ISIS’s behalf, or encouraged anyone to kill infidels at the urging of ISIS spokesman Abu Mohammed al-Adnan, Mr. Rahim said “no.”