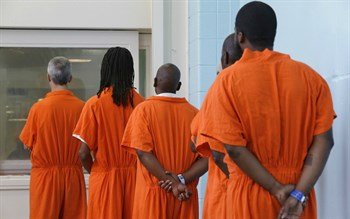 A GOP congressman and former law enforcement officer is waiting patiently for the House Judiciary Committee to possibly consider lengthier prison sentences for terrorists who commit violent acts against the innocent.

On June 3, 2019, Congressman Clay Higgins (R-Louisiana) introduced the Maximum Incarceration Terrorist Act (H.R.3067) to the House. Higgins tells OneNewsNow the bill would put an end to good time credit (a.k.a. “good conduct time”) being granted to federal prisoners who are serving time for certain terrorism offenses.

The Louisiana congressman believes his bill is particularly noteworthy, considering the early release of John Walker Lindh from the Terre Haute, Indiana, federal prison, on May 23. Lindh, who was sentenced in October 2002, was released prior to the end of his 20-year sentence on the basis of good behavior, having never rebuked “terrorist ideology.”

Last month, the world witnessed the harsh reality of what could happen when a terror suspect is released prior to denouncing terrorist ideology. On November 29, Usman Khan wielded a knife on the London Bridge, leaving two people dead and three others injured.

Although six months have passed since H.R.3067 was introduced to the Judiciary, Higgins understands why it is moving very slowly, emphasizing the distraction of the “so-called impeachment investigation.” He also notes other similar legislation has been proposed, like Senator Tom Cotton’s S.1684, in the Senate – and he is hopeful there could possibly be an alignment of the languages in any one of the bills in the future.

The congressman admits he does not know if his bill will ever move forward to actually be brought to the floor of the House for a vote. Even so, he stands behind its importance, stating, “I don’t mind if it’s not my bill as long as the problem gets addressed.”

He explains that he believes in “redemption,” despite his proposal to terminate the early release of some criminals who commit terrorist acts against the United States.

“I am as compassionate and Christian-principled a man as you will find on Capitol Hill,” says the former law enforcement officer. However, he remains adamant that “there has to be a point of the spear [which can be found] in sentencing and in the accountability of sentencing.”

The Republican lawmaker argues that it’s “important for the American people to get their heads wrapped around the fact that we are certainly facing a struggle that’s global in nature. And we have the responsibility to investigate, arrest, prosecute, and incarcerate those citizens, here or abroad, who would target innocent lives, especially on American soil – or any American who would travel abroad to fight against American men and women, like John Walker Lindh.

“Nowhere in my bill does it suggest any abrogation of Constitutional protections – nor would I ever deny any human being the right to due process,” the congressman explains, adding that that doesn’t change the fact the inmate should serve their full sentence.

Higgins does not question the sentences granted by America’s court system, as he believes it is the responsibility of the judicial system to sustain “a fair and even-handed process.”

“[However], sentencing should be maximum,” he continues, “and it should exemplify our commitment as a nation to draw a line in the sand [that helps put an end to terrorism].”

And that, Higgins argues, is why this type of bill is important: someone who is sentenced to 20 years for certain terrorist offenses should be required to serve the entirety of a 20-year sentence.

And in the case of Lindh, Higgins explains it’s “a big deal” because the convicted terrorist still participated in the “ideology of terrorism” from behind the walls of prison. Not only does Higgins believe some reading materials and relationships with other like-minded Islamists should be restricted, but the subject should also be required to serve a full prison sentence.

“Obviously,” the congressman says, “the decision to release Lindh was within the parameters of the law [as it stands now] – but we can eliminate that weakness or loophole in the law [by passing a bill like H.R.3067 or another].”

Passing this type of bill would “clarify that we stand very strongly and united across party lines on this issue,” he attests. “This should not be a partisan issue; this is an America-united issue.

“We should stand strong against terrorist acts and, therefore, we should pursue maximum sentencing for these heinous crimes. We shall not sit idly by and just allow our nation to be weakened from within.”

Tough consequences through lengthy prison terms, he concludes, will contribute to “[drawing] a strong line in the sand for the whole world to see that we are dedicated to winning the war [on terrorism].”