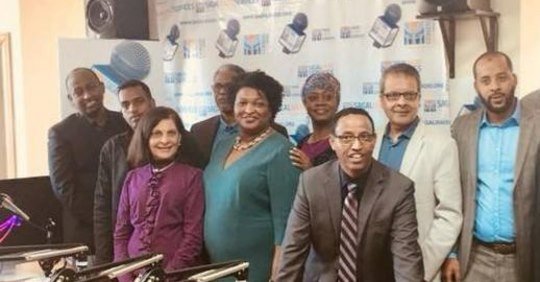 I-PAC Georgia : Independent Political Action Committee is an organization that seeks to get muslims, and those who represent the interests of muslims, elected in Georgia.

I-PAC is a nonpartisan organization that strengthens, promotes, and protects citizenship and representation for Georgia’s Muslim Americans through political engagement. Founded in August 2016, I-PAC is steered by a group of individuals passionate about supporting those candidates and elected officials who respect and represent the interests of American Muslims in the state of Georgia. From educating politicians and endorsing candidates to inspiring active citizenship and promoting inclusiveness, we are dedicated to inclusivity, justice, and fairness for all Americans.

I-PAC Georgia recently released a statement celebrating their accomplishments, stating that they now have friends in powerful positions.

In the statement, I-PAC Georgia wrote:

You helped make 2018 a great success for Georgia Muslims.

2018 Annual Objective: Get to know our elected government representatives and get our elected leaders to know us as respected,contributing members of our State.

What we accomplished:
We now have friends in powerful positions at the Georgia Capitol.

I-PAC Georgia then goes onto list candidates who they endorsed, and were elected in 2018. That list includes:

What this means for our community:
Government leaders know the American Muslim community in Georgia, and they know they won with our support.
How have we made this much progress in a short 2 year timespan?

Increased our voter participation which was noticed and highlighted by the candidates, local press, and the community we represent

Endorsements of candidates who value inclusivity and respect for all

What’s Next for I-PAC:

Engaging elected leaders to hold them accountable through:

Increasing awareness within the community via events and social media

Establishing alliances with national organizations who share our values and objectives