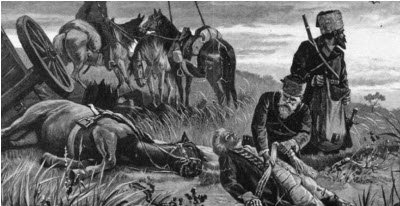 Radical changes imposed on our military by progressives, begun in earnest during the Obama administration, are negatively impacting our combat readiness and jeopardizing the lives of our men and women in uniform and, ultimately, our national security.  In Stand Down:  How Social Justice Warriors Are Sabotaging America’s Military, author James Hasson elucidates how Barack Obama fundamentally changed military culture to make our nation less secure. Hasson, a former Army captain, Army Ranger School graduate, and Afghanistan veteran, argues that military readiness was sacrificed for identity politics and progressive rhetoric. He lists examples such as policies that established “safe spaces,” prohibited “micro-aggressions,” denigrated “hyper-masculine” traits, implemented unwise “green” standards and injected “social justice” guidelines in military operations.

In his revealing book, Captain Hasson describes how Obama’s military appointees, mainly progressive ideologues lacking military experience and hailing from academic, political, and the private sectors, were placed in charge of seasoned combat generals with decades of combat experience.  The priorities, experience, and philosophies of the officers and appointees couldn’t have been more disparate.

Many senior military staff members suffered in silence at Obama’s attempt to use the military as a “laboratory for progressive social engineering,” according to Hasson.  Exemplifying this shift was the naming of Navy ships after Leftist political heroes. Socialist labor-activist Cesar Chavez and slain gay-rights advocate Harvey Milk — who left the Navy for being gay — were among those who Ray Mabus, Obama’s secretary of the Navy, announced would have ships named after them.  This practice flew in the face of the hallowed Navy tradition of naming ships after presidents and war heroes.

Obama, who, Hasson says, took pride in his lack of military knowledge and experience, made widespread changes to personnel policy, budgetary expenditures and resource allocations that harmed readiness, training and troop safety.  Obama’s transgender policy of “mixed genitalia in the bathrooms,” took precedence over established military culture.  Soldiers were judged by the gender they wished to be rather than their biological sex.  Obama essentially used the military to lead social change in American society rather than preserving time-honored traditions that emphasized troop cohesiveness and readiness.

The author explains that the cornerstone of every military policy is its impact on combat.  The military is most concerned with physical outcomes, the determinant of ultimate success.  That focus was weakened by the transgender policy instituted by the Obama administration allowing soldiers to serve under the sex that conformed to their gender identity even without sex reassignment surgery or other physical changes.  This practice had a profound effect on fitness, performance, and deployability.  Hasson recognizes that transgender soldiers have served in the military in the past but according to the physical fitness, grooming, and housing regulations that conformed to their biological sex.

Other issues nclude the quandary that arose when a recruit identified as non-binary.  Military leadership was stymied by the dilemma of applying appropriate standards for such individuals.  The military must find those most qualified to serve and reject those suffering from mental conditions such as anxiety and depression.  Transgender people suffer from markedly higher rates of anxiety, depression, and suicide than the general population.

Obama’s new policies also negatively impacted the education of cadets, Hasson asserts.  Military academy courses on American history were overhauled to focus on race and the pervasive narrative that America is a racist country.  The international history class focused on gender and a semester of military history was completely deleted from the curriculum.  How can military students become successful warriors if they eschew military history, are educated to disdain their country, and view history through the lens of race and gender?

Today’s military academies have a higher percentage of civilian, liberal professors who have promoted a permissive atmosphere that has contributed to a deterioration in the level of discipline, Hasson adds.  The current environment with its “safe spaces” and emphasis on race, gender, sexual orientation and social justice, as well as rights, are antithetical to the military’s hierarchical structure and its emphasis on duty, merit, discipline, and competence.

As part of the Obama administration’s social engineering agenda that attempted to erase the differences between men and women, the Army was coerced to lower its standards for Ranger school to admit women who didn’t qualify for the special-forces unit.  Military brass was pressured to provide ample pre-training instruction and multiple do-overs exclusively for female candidates.  Further, despite extensive studies that found lowered standards for women to meet progressive goals, they were forced to deny the study results.

When the Army was ordered to promote “social justice,” combat veterans in 2012 were required to don fake breasts and bellies to understand how pregnant soldiers fared during training.  In two separate, college ROTC events in Philadelphia and metropolitan Phoenix in 2015, cadets were required to walk in high heels to raise awareness about sexual violence against women.

In 2013, a Pentagon training manual for Equal Opportunity Officers and Non-Commissioned Officers (NCOs) presented white, heterosexual, Christian males as recipients of unearned social privilege and cited the disadvantages of blacks, women and homosexuals.  The manual listed the Southern Poverty Law Center (SPLC), a left-wing organization that maligns conservative groups alongside neo-Nazis and the KKK, as a resource that officers could use to obtain more information about hate groups and extremism.  After pushback from legislators and religious groups that railed against the false labeling and listing of mainstream Christian groups as “hate” groups because they don’t subscribe to far-left ideology, the Obama Department of Defense removed the list, but retained all other SPLC materials and data.

All these diversions took a toll on military training and readiness, wasting valuable time and resources that could have been dedicated to drilling and essential tasks.

Hasson acknowledges that the Trump administration has pushed back on many misguided “reforms” instituted by Obama and has reprioritized the military’s warfighting culture, rejecting political correctness, social engineering, identity politics and other policies that serve no real military purpose and undermine combat readiness and performance.  The author ends his excellent book with a prescription for returning the military to its critical mission.  He recommends the military refocus on appropriate academy education, readiness, deployability and eligibility based on physical fitness, merit and discipline and move away from social justice, political correctness, carbon emissions and other pet progressive projects.  Such a move will return the military to full combat readiness, protect the lives of our soldiers, and, ultimately, safeguard our national security.