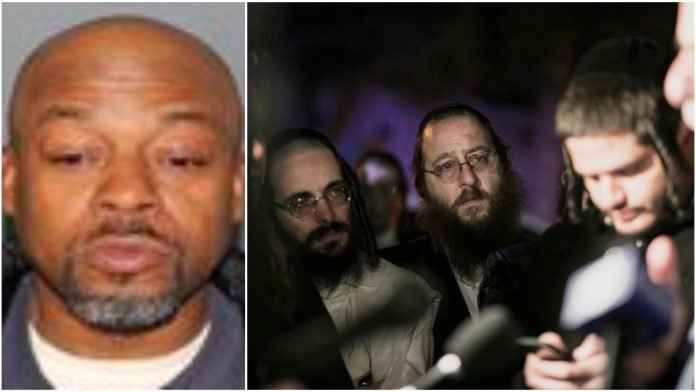 An African-American suspect from Jersey City has been arrested after allegedly making threats to bomb all of Jewish people in the area.

Darryl Jacobs, 47, is accused of making the threat on Dec. 13, shortly after a Kosher store was attacked by black supremacists. He allegedly made the threat while on the phone with a welfare worker in the county, and was arrested three days after reportedly making the comment.

According to the criminal complaint filed against Jacobs, law enforcement did not seize any explosives but did take two cell phones. The court document claims that Jacobs said he “was going to come down and bomb all the Jews in Jersey City” to the welfare employee, who was not acquainted with the alleged terrorist.

Authorities claim Jacobs was likely intoxicated while he made the comment. He is facing a third-degree charge of making a terrorist threat.
take our poll – story continues below.

Jacobs is apart of a wave of apparent black supremacist terrorism that is causing untold damage to the Jewish community. In addition to the Dec. 10 terrorist attack at the JC Kosher Supermarket that resulted in six deaths, there was another terrorist event that caused significant damage this past weekend.

Five Jewish individuals were stabbed at a Hanukkah celebration in a Rabbi’s home on Sunday, in what is being called an act of domestic terrorism with an African-American suspect allegedly committing the heinous act:

An attacker stabbed five people Saturday evening at the home of an ultra-Orthodox rabbi during a Hanukkah celebration in Monsey, New York, in what Governor Andrew Cuomo said would be prosecuted as a case of domestic terrorism.

The suspect fled the scene, but New York City Police Department arrested him after locating his vehicle, confirmed Ramapo Police Chief Brad Weidel. He faces five counts of attempted murder and one count of burglary, Weidel said. Police have identified him as Grafton E. Thomas, 37, of Greenwood Lake, New York.

Thomas had blood all over his clothing and smelled of bleach, according to prosecutors. He was arraigned Sunday morning and pleaded not guilty. Bail was set at $5 million.

The suspect’s criminal history includes an arrest for assaulting a police horse, according to an official briefed on the investigation. A lawyer representing Thomas at the arraignment said he had no convictions…

On Sunday, New York Governor Andrew Cuomo called the stabbing an act of domestic terrorism fueled by intolerance. He said the attack was evidence of an “American cancer in the body politic.”

One person was very seriously wounded, the governor told reporters, and remained in critical condition. The rabbi’s son was also injured, Cuomo said. His status and that of the other victims was not clear.

While liberals obsess on the largely non-existent threat of white supremacy, real terror and crime threats put the Jewish community and other vulnerable groups at serious risk.