For the past week, Iraq has been burning in the flames of the protests of a disgruntled population over the poor state of people’s livelihoods. A key slogan in the nationwide popular uprising since October 1 has been the call to expel Iran’s regime and its agents from Iraq and end the mullahs’ meddling in the affairs of this country.

As the uprising continues and the country’s youth stand their ground over their legitimate grievances, suppression has taken more brutal and deadly proportions. According to media reports, the death toll is mostly due to direct shots at protestors, particularly sniper fire by the Hashd Al-Shaabi (Popular Mobilization Forces) militia, which is under the Iranian regime’s control. Reuters reported on October 4 that its reporters witnessed snipers targeting demonstrators. Simultaneously, reports have surfaced about the role of Iran’s regime and its mercenaries in the crackdown in Iraq. Iraqi lawmaker Ahmad Al-Jaburi said that mercenaries of Iran’s regime are guiding the crackdown on the popular uprising.

The Iraqi people’s uprising has once again drawn attention to the Iranian regime’s level of influence over the regime currently in power in Iraq.

According to specific information obtained by the People’s Mojahedin Organization of Iran (PMOI, Mujahedin-e Khalq or MEK) from within the Iranian regime, the regime’s embassy and consulates in Baghdad, Basra, Karbala and Najaf are under the control of the Islamic Revolutionary Guards Corps (IRGC) and its Quds Force. Large numbers of IRGC commanders are stationed in these centers, and from there they control the departments and groups affiliated to the regime, including Hashd Al-Shaabi.

The Ambassador – Brigadier General Iraj Masjedi leads the IRGC commanders in Iraq. For years, he has been one of the chief lieutenants of Quds Force commander Qassem Soleimani, and he has led numerous terrorist operations. 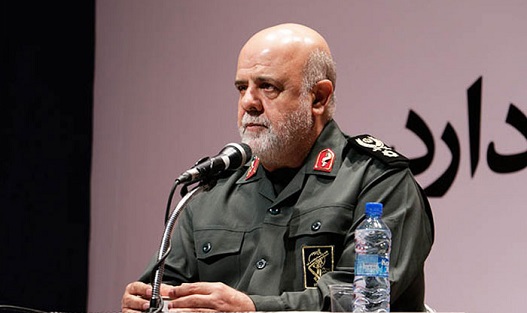 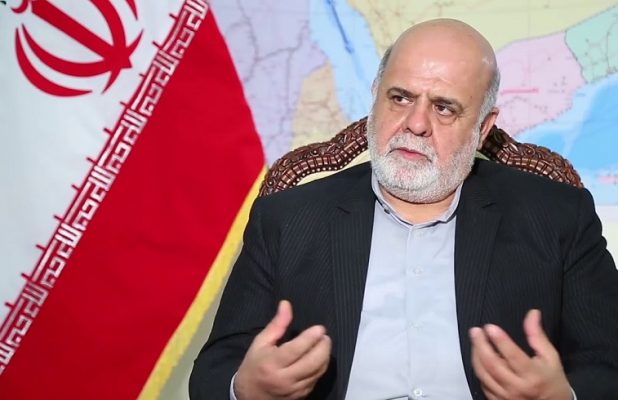 The Deputy Ambassador – Masjedi’s second-in-command and the diplomatic deputy is another IRGC Brigadier General by the name of Seyyed Mousa Alizadeh Tabatabai.

In addition to the military attachés, Seyyed Mohammad-Reza Tabai, affiliated to the regime’s police, is based at the embassy.

Numerous Quds Force officers are based at the consulate in Karbala. The top Quds Force commander at the consulate is IRGC officer Omid Azadi. He is 35 years old and originally from Kermanshah. He was transferred to Iraq about two years ago. Omid Azadi travels to all Iraqi cities, from Kirkuk to Baghdad and Karbala. He is very active and in close contact with Iraqi groups. He has strong influence over Hashd Al-Shaabi and other Iraqi terrorist groups affiliated to the IRGC.

The MOIS station chief at the consulate is an agent called Izadbakhsh.

The head of the regime’s consulate in Basra is IRGC Brigadier General Ahmad Sepahpush, who was previously based at the IRGC base in Khuzestan (south-west Iran). He was previously commander of IRGC forces in Shadegan, situated in Khuzestan, and he also commanded the IRGC’s Fajr Garrison in Ahvaz.

IRGC Brigadier General Kazem Mirzai is based at the regime’s consulate in Najaf.

This report shows clearly that the Quds Force is effectively present in Iraq in a widespread and official fashion under the cover of the regime’s highest diplomatic titles in Iraq. All of the regime’s resources including its diplomatic resources are under the control of the Quds Force and particular Qassem Soleimani as they meddle in Iraqi affairs.

IRGC Major General Mohammad Bagheri, Chief of Staff of the Armed Forces: “Certainly the situation which we’re witnessing today in Iraq, Syria, Lebanon, Yemen, and Afghanistan is incomparable to what we were discussing three years ago in the same region.”

IRGC Major General Gholam-Ali Rashid, commander of Khatam-al Anbiya Central Headquarters: “The forces at the fingertips of the Islamic Republic of Iran are extraordinary like the Bassijis of the 1980s. God has bestowed them upon us. What price has the enemy been forced to pay? … They spent $7 trillion compared to our $17 billion, and yet they have been outmatched by our strength.”