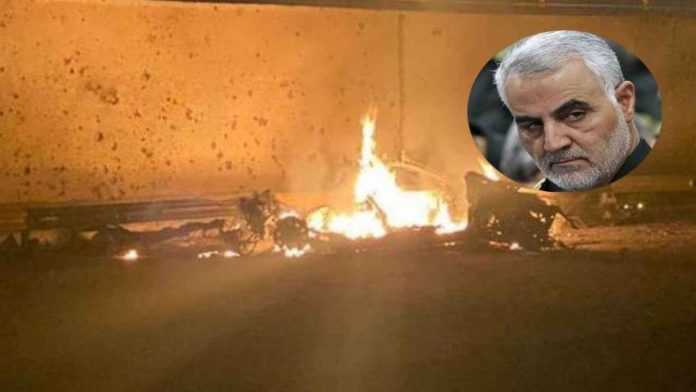 The killing of Iranian terror-meister Qassem Suleymani in a targeted U.S. air strike in Baghdad on Thursday will have a dramatic impact on Iran’s ability to conduct oversea terrorist operations and the stability of the Iranian regime.

But the real impact, one can legitimately wager, will be quite different from what you’ve been hearing so far from most of the U.S. and international media.

Rather than engendering some massive Iranian “retaliation,” as many talking heads have been warning, I believe this strike will throw the Iranian regime back on its heels, as wannabe successors contemplate their careers vaporizing in a U.S. drone strike and Iran’s civilian leaders fret that they have been exposed as emperors without clothes.

Put simply, the aura of the Iranian regime’s invincibility is over.

They have pushed us and our allies repeatedly, and have been encouraged by the modest response from U.S. political and military leaders until now.

But with this strike, the gloves are off. And the leadership in Tehran – and more importantly, the people of Iran – can see it.

Suleymani was not some run-of-the-mill terrorist. He was worst of the worst; a man with more blood on his hands than even Osama bin Laden. Iraq, Lebanon, Yemen, Afghanistan, 9/11, Benghazi: all of them were his doing.

But he was also the most respected and the only charismatic military leader to have emerged since the 1979 Islamist revolution in Iran.

No other leader in Iran today even comes close to Suleymani for sheer star power.

This is a huge loss for the Tehran regime; bigger, indeed, than if the Supreme Leader himself (who actually is a nobody) died or was killed.

I’ve been watching the Iranian regime for 40 years. The only military leader who even comes close to Suleymani was the former commander of the Revolutionary Guards Corps, Mohsen Rezai.

Rezai was respected because he was a man of the troops. He respected his men. He refused to throw them into combat for purely political purposes, as his political masters repeatedly demanded during the bloody eight-year Iran-Iraq war.

And because of his loyalty to the troops, many of his troops and commanders remain loyal to him even today, more than twenty years after he resigned as IRGC commander.

But Rezai failed miserably when he entered the political arena as a presidential contender, failing in three attempts to break ten percent. He never had the star power that Suleymani engendered – not from lack of trying.

We have two historical parallels to compare to Thursday’s events: Operation Praying Mantis in April 1988, when U.S. naval forces sank 1/3 of the Iranian navy in a matter of hours after repeatedly catching them dispersing naval mines against international oil tankers in the Persian Gulf; and the presumed Israeli assassination of Iranian-Lebanese terrorist Imad Mugniyeh in Damascus in February 2008.

In both cases, we were told Iran and their proxies were going to counter-attack with devastating lethality. Hundreds of Americans and Israelis were going to die. Thousands! The entire region was going to explode.

In the end what happened? Absolutely nothing.

That’s what I predict here as well.

The Iranians have been lulled into thinking they can act with impunity in Iraq, Lebanon, Syria, Yemen, Saudi Arabia and elsewhere.

Finally, the United States has drawn a firm hard line on their bad behavior.

This is exactly what we needed to do.

I believe the Iranian people will draw the obvious conclusion that this once powerful regime has feet of clay. Expect bigger anti-regime protests inside Iran in the coming weeks, and popular revolts against Iranian interference in Lebanon and Iraq as well.

To me, the biggest question remains: is President Trump ready for the revolution he has unleashed? With this single act, the United States has set in motion big historical forces for positive change. Are we prepared to help the forces of freedom against tyranny and oppression?

Ken Timmerman is the New York Times best-selling author of Deception: The YouTube Video Hillary and Obama Blamed for Benghazi and other books on Middle East politics. He was nominated for the Nobel Peace prize for his work on Iran in 2006 and lectured on Iran at the Pentagon’s Joint Counter-Intelligence Training Academy in Quantico, Va, from 2010-2016.