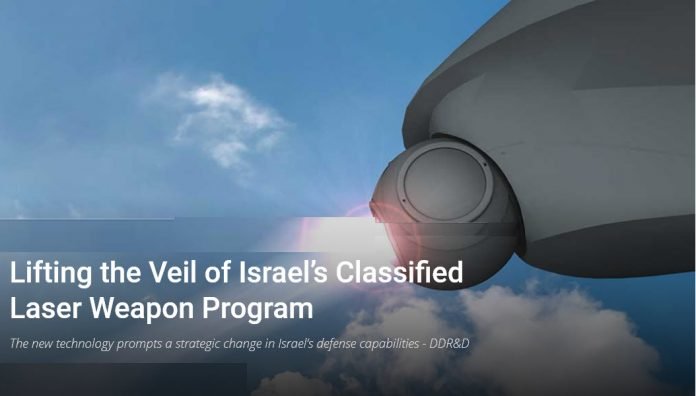 Israel’s Ministry of Defense revealed today a major achievement in a high energy laser program undergoing with the Directorate of Defense Research and Development (DDR&D). Investments in laser technology made by the department have led to the ability to precisely focus laser beams on long-range targets, overcoming atmospheric disturbances.

The new technology is key for the delivery of laser effects on target within a short time. It will enable the development of laser weapons capable of intercepting a variety of threats. 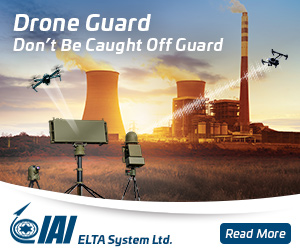 “The new technology will prompt a strategic change in Israel’s defense capabilities.” The IMOD press release said. “Throughout the year 2020, we will conduct a demo of our capabilities.” Israel Head of the Directorate of Research and Development in the DDR&D, Brig. Gen. Yaniv Rotem said We are entering a new age of energy warfare in the air, land, and sea.” According to Rotem, investments in R&D made in the last years have placed the State of Israel among the leading countries in the field of high-energy laser systems.

A ground-based laser weapon system a field-deployable (containerized) system that will complement the capabilities of the Iron Dome, establishing the lowest tier layer to augment Israel’s four-layered air defense system. This lowest layer will be able to defeat mortar bombs and short-range rockets fired at very short ranges, leaving very short time for intercept. While the Iron Dome missile-based C-RAM has demonstrated the capability to engage those threats, their interception by missiles is too costly to deliver for an optimal response.

A vehicle-mounted laser-based platform protecting maneuver forces, employing a platform-mounted laser system to defend troops in the field against direct and indirect threats (such as rockets, artillery missiles, or anti-tank guided weapons). These lasers will complement the vehicle-specific active protection systems deployed on heavy and future armored combat vehicles, such as the Merkava and Namer, and will provide a higher level of protection for less protected vehicles or troops in the open.

An airborne laser weapon system mounted on an air platform, likely a High Altitude Long Endurance (HALE) or Medium Altitude Long Endurance (MALE) drone, capable of intercepting missile threats above cloud cover, covering wide areas. This concept enables laser interceptors to deploy high above the clouds, thus overcoming the main limitation of ground-based laser weapons. Such a drone-based laser weapon will be able to engage targets before launch or soon after launch, at their boost phase, when the missiles are loaded with propellant and are most vulnerable to damage caused by the laser.

Laser weapons offer an ‘unlimited magazine’, enabling continued use at a low cost per kill. Complimentary use of two different technologies – kinetic air defense (via systems such as the Iron Dome), and laser platforms deliver much higher yield, probability of intercept and combat economy, decreasing the number of interceptors used.

Over the years, the DDR&D has invested considerable efforts in advancing powerful laser technology. Many developments, both from Israel and abroad, have been tested and proven to be ineffective. Significant achievements have recently been made as a result of the collaboration between the DDR&D, defense industries (Rafael and Elbit Systems) and academic institutions. These achievements were made possible by the development of electric source laser systems, in the replacement of chemical laser technology.