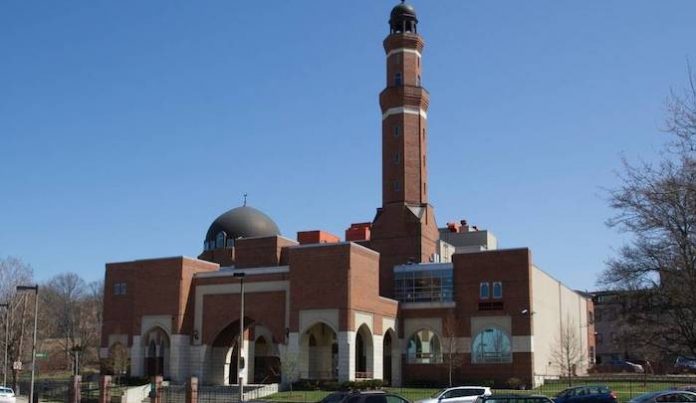 I am a former U.S. Federal Agent who specialized in counter-intelligence and counterterrorism, specifically Islamic based terrorism. I have worked and lived in the Middle East since 1978. I was the first U.S. civilian federal agent in Iraq at the start of Operation Iraqi Freedom (Mar 2003). In the U.S. alone I have conducted firsthand research at over 300 Islamic mosques. I have placed undercover researchers in Muslim Brotherhood organizations and obtained valuable national security intelligence. I am a U.S. State Department trained Arabic linguist. Based on my professional analysis of my visit to the Islamic Centers/Mosques in Connecticut, I report the following:

The mosques I conducted firsthand research at are primarily Sunni Salafist (Wahhabi) Saudi and Pakistani fronts for Islamic based terrorists groups such as Al Qaeda and ISIS. Six of the eleven CT mosques were rated to be of “HIGH RISK” (see below) in regards to Shariah adherence and the very high likelihood violence will be or has been committed by worshippers of these mosques based on the violent nature of what is being taught by their Islamic mosque leaders. These mosques had very violent materials inside for worshippers that advocate the overthrow of America and physical Jihad against U.S. and Israeli targets. This is based on the mosque having the same Islamic manuals in their possession that Islamic terrorist groups utilize for their training. The mosques rated “High Risk” had material written and edited by a convicted Islamic terrorist supporter (Ali AlTimimi). The Imam and mosque worshippers were extremely Shariah compliant. ISIS and Al Qaeda would find these mosque acceptable for their training and education of Mujahadeen fighters (Islamic terrorists).

My research determined after my complete analysis that six of the eleven Connecticut mosques are likely terrorist safe havens for Islamic sleeper cell Jihadists and there is a strong likelihood violent Jihadist activity will be conducted by “sleeper terrorists” attending these particular mosques.

It is important to note that I do not use the Quran in my analysis, as it is over 1400 years old, thus I use only current materials, of which the majority are dated within the last ten years or newer.

The following are my recommendations for media organizations, politicians, and law enforcement.

MEDIA ORGANIZATIONS: It is imperative media organizations warn citizens of the potential for violence the mosques I analyzed to be of “High Risk” and to put pressure on our law enforcement and politicians to conduct criminal and civil investigations in order to prosecute Islamic leaders conspiring to overthrow the U.S. government and conduct violence against innocent Americans inside and outside of our country.

POLITICIANS: Elected officials from both liberal and conservative sides must demand our law enforcement from local, state, and federal levels investigate mosques conspiring to overthrow the U.S. government and harm innocent Americans, specifically targeting our children. The mosques rated “High Risk” must have their nonprofit organization status removed by the authorizing federal agency (IRS) and immediately closed for the safety of American citizens.

CITY, COUNTY, STATE, AND FEDERAL LAW ENFORCEMENT: It is imperative U.S. law enforcement use legal means to fully investigate the leadership and worshippers of this mosque. The mosque should be closed down immediately based on their advocating of establishing an Islamic caliphate worldwide and under Shariah law.

A: Treason/Sedition against the U.S.

B: Physical jihad against Americans inside and outside of our country

D: The implementation of Shariah taw inside America, using force to achieve this goal

E: Rape of women and girls

G: Domestic violence against the wife or wife’s of Muslim men

A few examples from the Islamic materials found in the mosques:

“Islamic Marriage and Community Life/A Message to the Young Muslim Men and America” “As to those women on whose part ye fear disloyalty and ill conduct, admonish them (first). (Next) refuse to share their beds. (And last) beat them”

From the book “The Legislative Types of Jihaad” August 2013

“Jihaad against the Disbelievers and the Hypocrites: “With the heart, With the tongue, With one’s wealth, With the body, by fighting”

“And when you are called upon to go out to Jihaad, then hasten to answer the call” “Jihaad is an obligation upon everyone whether he goes out to fight or stays behind. The one who stays behind must provide help when his help is sought, provide aid when his aid is sought, and must hurry to join the fight when he is called upon.”

“Wage war on all the idolaters as they are waging war on all of you. Warfare is ordained for you, Go forth light armed and heavy armed.

“These traditions enumerate the virtues and advantages of archery. This was an important weapon of warfare during the days of the Holy Prophet. But this weapon is no more useful in the modern warfare, it’s place has been taken over by modern weapons like guns, rifles, missiles, bombs, etc. Therefore to acquire skill in the manufacture and use of weapons has the same recompense and advantages.”

The high risk mosques informed Muslims to do as Prophet Mohammed did, and use his example in marriage. He married Aisha when she was six years old and consummated (raped) her when she was nine. Note: A child of six or eleven can’t consent to sexual intercourse. Mohammed was in his 50’s and encouraged his friends to take child brides as well.

Islamic Centers/Mosques researched firsthand by Special Agent Dave Gaubatz (Retired) While in. CT and MA during the month of Oct 2017, I had the opportunity to conduct firsthand research at 13 Islamic Centers (mosques) and the Hartford Seminary.

I ranked the sites from low to high to determine the likelihood of violence being advocated at the mosque and the likelihood worshipers are likely or not be involved in an Islamic terrorist attack against U.S. Interests. Using my background as a former U.S. Federal Agent, knowledge of the Arabic language, Shariah adherence, after personally conducting prior research in over 300 mosques and the Islamic terrorist organization (HAMAS). In addition I used public domain internet resources.

During each of my visits for research I had at least one U.S. citizen come with me as my witness.

The rankings are below, with the mosques scoring the highest and most likely be the cause of future terrorist attacks.

My initial impression of the seminary was that it was more of an Islamic Center than a Christian based organization. The library included Islamic material that is no more than propaganda tools to change the hearts and minds of Christian students to belief Shariah law is applicable to America inside our country, and ranks of importance equal or greater than the U.S. Constitution. Violent materials, to include physical Jihad were present in the library, as well as material from convicted Islamic leaders imprisoned in the U.S. for advocating terrorism.

In addition to my qualifications above, I was a Federal Agent in the USAF for 20 years and as a civilian 1811 federal agent had traveled to many countries in the Middle East, and have previously interrogated Al Qaeda members. I am a U.S. State Department-trained Arabic linguist.