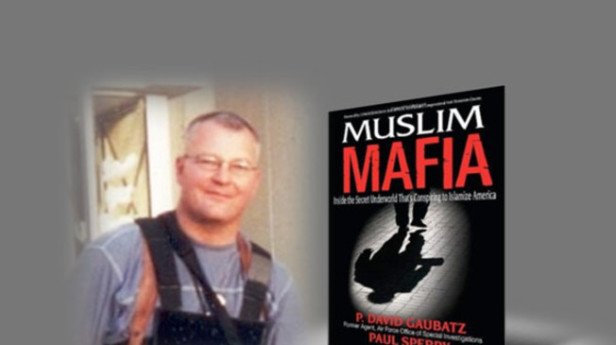 The FBI does not have the capabilities to conduct firsthand research in the 3000 plus mosques in America, so who does it on a nickel budget?  Dave Gaubatz, a former U.S. federal agent, author of ‘Muslim Mafia’, and a U.S. State Department trained Arabic linguist does what the FBI can’t do for politically correct reasons and because they (FBI Agents) do not have the required training to undertake such a task.  Yes, in the past the FBI has conducted a few investigations in mosques, but they use unreliable and often dirty confidential informants who are primarily Muslim and working off crimes they have committed.  It is a security issue to use dirty sources when the stake of our country and more importantly our children will be harmed when mistakes are made or the informant has more loyalties toward Islam than America and the U.S. Constitution.

Since returning from Iraq in 2003 (as the first U.S. federal agent assigned to the war zone at the beginning of operation Iraqi Freedom), Dave has conducted firsthand research in over 300 plus mosques inside America alone.  Dave made a pledge after leaving federal service in late 2003.  He swore to his family he would conduct the same level of investigations that he had while a Special Agent, but instead of putting valuable classified information inside a secure safe and stamping the intelligence ‘Secret or Top Secret’, he would as a civilian provide the intelligence he gathers first to the public, then the media, then law enforcement, and lastly to politicians.  Dave explained the majority of U.S. government classified information is classified not because it is a national security risk to release the intelligence, but because mistakes were often made while collecting the intelligence and it keeps all government personnel safe from public scrutiny.

After every Islamic terrorist attack in America the public always wants to know which mosque the Muslim attended and what intelligence does the FBI have on that particular mosque.  Seldom does the public ever get answers to these important questions.  More intriguing is why do most large media outlets ignore this issue as well?  The answer is most of our media outlets are no more than propaganda tools for either the conservative or liberal news corporations and when Islam may receive negative attention, there is a ‘hands off approach’.  Who suffers?  The American citizens who pay taxes and payroll government officials who are supposed to be providing security for our country.

Americans are very much aware of the sadistic and cowardly Islamic terrorist attack two brothers (Dzhokhar and Tamerlan Tsarnaev) committed in Boston, MA, during the Boston Marathon on 15 April 2013.  Dave, like most American citizens wanted to know which mosques the brothers attended, what is being advocated at the mosques, and if violence against innocent people is being advocated, then why do the authorities allow the mosque to remain open?

It is believed the brothers attended two of the Islamic Society of Boston (ISB) mosques.  One is located in Cambridge and the other is in Roxbury.  Dave Gaubatz conducted firsthand research inside both of these mosques and he had a trusted witness observe at both locations.  While Dave was a federal agent his primary duties were counterintelligence and counter-terrorism.  Our government relied on him to investigate, evaluate the threat level of persons or organizations, and recommend solutions to neutralize the threats against America and its people.

In Oct 2017, non-government citizens in the Boston area requested Dave to travel to Boston and conduct an analysis of the two mosques the Tsarnaev brothers had attended.  The citizens had lost faith in our FBI to conduct investigations based on their inexperience and political biases against America, and instead in favor of Islam.

On 27 Oct 2017, Dave, along with a witness, visited both ISB mosques and based on the following criteria evaluated their potential risks to America and our citizens.

ISB (Roxbury Mosque): Dave rated this mosque very ‘High’ for worshipers to commit terrorists attacks in America in the near future.  This mosque has an Islamic bookstore attached with thousands of books and Dvds.  All Islamic subjects are covered to include advocating Shariah law for America, by force if needed, and the various levels of Jihad, to include physical Jihad.  Additionally inside the prayer room there are numerous Islamic manuals calling for killing Christians and Jewish people worldwide and calling for the Muslim people in America to educate themselves on the newest types of military weapons and to arm themselves for Jihad in the future when called upon.  Slavery, child marriages, and killing homosexuals worldwide was also being advocated. The ISB has known Muslim terrorists within its background. ISB was founded by the terrorist Abdulrahman Almoudi.  He plead guilty in 2004 in a U.S. federal court and convicted. He had provided over 1 million dollars to Al Qaeda. In addition, we know the Boston Marathon Bombers, the Tsarnaev brothers had attended the ISB mosques. Dave observed approximately 1000 plus worshipers and evaluated their adherence to Shariah while in the mosque.  The worshipers were strictly adherent to Shariah law.

ISB Cambridge Mosque: Dave rated this mosque a Medium to High rating. The only difference in this ISB mosque in comparison to the Roxbury mosque is that the Cambridge mosque was smaller with fewer worshipers and fewer materials. The small amount of materials they did have advocated exactly what the Roxbury mosque had. It must be noted that the majority of violent materials at both mosques were published in Saudi Arabia and Pakistan.

The following is my recommendation for the media, politicians, and law enforcement:

MEDIA: It is imperative media organizations warn citizens of the potential for violence the mosques I analyzed to be of “High Risk” and to put pressure on our law enforcement and politicians to conduct criminal and civil investigations in order to prosecute Islamic leaders conspiring to overthrow the U.S. government and conduct violence against innocent Americans inside and outside of our country

POLITICIANS: Elected officials from both liberal and conservative sides must demand our law enforcement from local, state, and federal levels investigate mosques conspiring to overthrow the U.S. government and harm innocent Americans, specifically targeting our children. The mosques rated “High Risk” must have their non profit organization status removed by the authorizing federal agency (IRS) and immediately closed for the safety of American citizens.

CITY, COUNTY, STATE, AND FEDERAL LAW ENFORCEMENT: It is imperative U.S. law enforcement use legal means to fully investigate the leadership and worshipers of this mosque. The ISB mosques should be closed down immediately based on their advocating of establishing an Islamic caliphate worldwide and under Shariah law.

ISIS and Al Qaeda would be very proud of the ISB mosques and without any doubt it is likely that they have loyal members from within.

If our media organizations, law enforcement, and politicians are either not willing or do not know that the Islamic ideology itself is a danger to America and is our number one world enemy, we will lose our beautiful land and our children will suffer in their lifetime as millions of innocent people already have who have firsthand experienced the atrocities of this dangerous ideology. Americans must also know that Saudi Arabia and Pakistan are not the friends of America.  They are friends and supporters of the Islamic world which desires a worldwide caliphate under Shariah law.