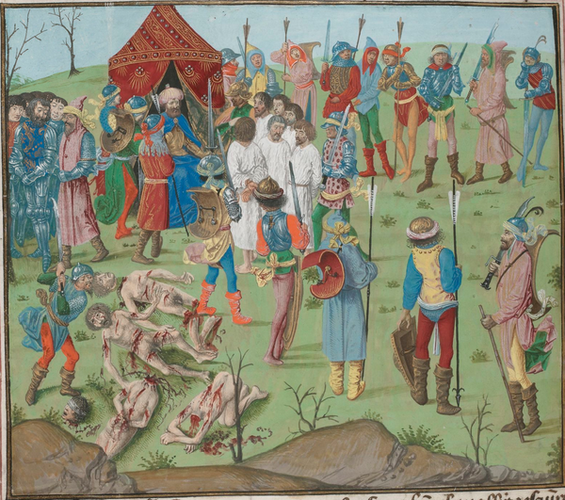 In his recent defense of the Islamic doctrine of taqiyya (dismantled here), Usama Hasan of the UK think tank Quilliam made the following admission:

It is true that hardened islamist terrorists, such as the Al-Qaeda & ISIS supporter Usman Khan who murdered two people at Fishmongers’ Hall [after pretending to have been “rehabilitated”], do misuse the principle of taqiyyah in order to further their cause. However, the charge that all Muslims are generally religiously obligated to lie, and do so routinely, is both dangerous and untrue.

However true this may be, it is also irrelevant.  After all, how is the infidel to know which Muslim is and isn’t “misusing the principle of taqiyyah”?  Moreover, why should the burden of proof be on the non-Muslim — who stands to (and often does) suffer and even die from ignoring the role of deceit in Islam — and not on the Muslim, whose religion allows deception in the first place? This is particularly so since more than a few “hardened islamist terrorists” are convinced that their creed allows them to dissimulate to their heart’s content — so long as doing so can be seen as helping further the cause of Islam.

In this, as in virtually all things Islamic, Muslims have their prophet’s example — two that are especially poignant — to turn to.

First is the assassination of Ka‘b ibn Ashraf (d. 624), an elderly Jew.  Because he dared mock Muhammad, the latter exclaimed, “Who will kill this man who has hurt Allah and his messenger?” A young Muslim named Ibn Maslama volunteered on condition that to get close enough to Ka‘b to murder him, he needed permission to lie to the Jew.

Allah’s messenger agreed. So Ibn Maslama traveled to Ka‘b and began to complain about Muhammad until his disaffection became so convincing that Ka‘b eventually dropped his guard and befriended him.

After behaving as his friend for some time, Ibn Maslama eventually appeared with another Muslim, also pretending to have apostatized.  Then, while a trusting Ka‘b’s guard was down, they attacked and slaughtered him, bringing his head to Muhammad to the usual triumphant cries of “Allahu Akbar!”

In another account, after Muhammad and his followers had attacked, plundered, and massacred a number of non-Muslim Arabs and Jews, the latter assembled and were poised to defeat the Muslims (at the Battle of the Trench, 627).   But then Naim bin Mas‘ud, one of the leaders of these non-Muslim “confederates,” as they came to be known in history, secretly went to Muhammad and converted to Islam. The prophet asked him to return to his tribesmen and allies — without revealing that he had joined the Muslim camp — and to try to get them to abandon the siege.  “For,” Muhammad assured him, “war is deceit.”

Mas‘ud returned, pretending to be loyal to his former kinsmen and allies, all while giving them bad advice. He also subtly instigated quarrels between the various tribes until, no longer trusting each other, they disbanded — thereby becoming a celebrated hero in Islamic tradition.

In the two well-known examples above, Muslims deceived non-Muslims not because they were being persecuted for being Muslim but as a tactic to empower Islam.  (Even the Battle of the Trench was precipitated precisely because Muhammad and his followers had first attacked the confederates at the Battle of Badr and massacred hundreds of them on other occasions.)

Despite these stories being part of the Sunna to which Sunnis adhere, UCLA’s Abou El Fadl — the primary expert the Washington Post once quoted to show that Islam does not promote deceit — claims that “there is no concept that would encourage a Muslim to lie to pursue a goal. That is a complete invention.”

Tell that to Ka‘b ibn Ashraf, whose head was cut off for believing Muslim lies.  The prophet of Islam allowed his followers to deceive the Jew to slaughter him — even though Ka‘b posed no threat to any Muslim’s life.

Especially revealing is that, in Dr. Sami Makerem’s seminal book on the topic, Al-Taqiyya fi’l Islam (Taqiyya in Islam), he cites the two aforementioned examples from the prophet’s biography as prime examples of taqiyya.

It comes to this: even if  one were to accept the limited definition of taqiyya as permitting deception only under life-threatening circumstances (as Usama Hasan and any number of apologists insist), the fact remains: Islam also permits lies and deception in order to empower itself.  Accordingly, and considering that Islam considers itself in a constant state of war with non-Islam (typified by the classical formulation of Dar al-Islam vs. Dar al-Harb) any Muslim who feels this or that piece of deception over the infidel is somehow benefiting Islam will believe that he has a blank check to lie.

That’s the inconvenient fact — passingly admitted to by Usama Hasan — that needs addressing; and that’s why the burden of proof belongs on Muslims, not non-Muslims.

Raymond Ibrahim, author of Sword and Scimitar, is a Shillman Fellow at the David Horowitz Freedom Center; a Distinguished Senior Fellow at the Gatestone Institute; and a Judith Friedman Rosen Fellow at the Middle East Forum.