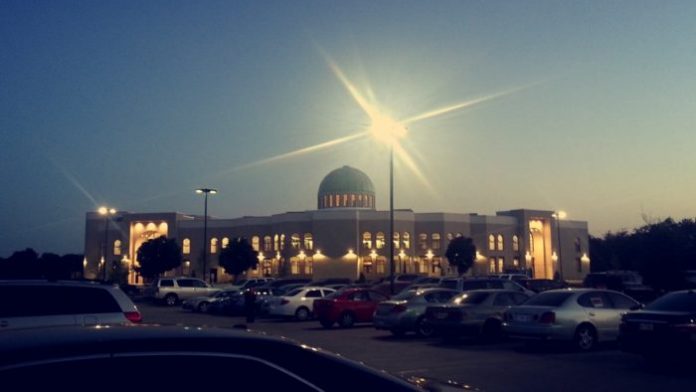 A  version of this article originally appeared in the American Thinker.

Interfaith initiatives have become ubiquitous in American life. In large cities and small towns, there is an expectation that community religious leaders must come together to discuss their similarities and minimize their differences. But these efforts become a hindrance when they are used to ignore and disguise extremism and hatred, rather than expose and combat it.

Over the past several months, our organization, the Counter-Islamist Grid (CIG), which focuses on Islamist extremist networks in cities across the country, undertook a project to write to members of the Richardson Interfaith Alliance, located in the Dallas-Fort Worth area, in order to appraise them of radical statements being made by some of their interfaith partners, most notably the Islamic Association of North Texas (also located in Richardson, Texas).

We later published an article about some of these radical interfaith participants and their public utterances and provided documentation and screenshots of the radical anti-Christian and anti-Jewish statements made by those who were supposedly true “interfaith” partners.

The responses we received to these letters have been instructive. Almost to a person, the leaders of the organizations we wrote defended and explained away the extremism, despite clear published hatred for members of other faiths.

These responses ranged from mere ad hominem attacks on our motivations to appeals to authority and citing the personal experiences of the participants as superior to actual evidence.

One lead pastor we wrote to, Matt Gaston of the First United Methodist Church of Plano, let us know that he was friends with the imam and a layperson at East Plano Islamic Center (EPIC) which made him, apparently, a superior judge of the character of Texas Islamic leaders.

He accused us of sowing division and concluded his note by informing us of his prayers that we “lean on [our] faith and not on [our] fears.”

We’d argue we are not leaning on fear, but rather reason, which seems a suitable basis upon which to begin interfaith discussion. “Come now and let us reason together,” as it says in the Book of Isaiah (1:18).

And there is much to reason out. For example, how can Gaston be so certain that the East Plano Islamic Center has no extremist sympathies, when earlier this year the mosque hired two well-known hardline Salafi clerics, Yasir Qadhi and Yusha Evans?

My colleague David Swindle documented some of the most radical sermons of EPIC’s new resident scholar in his 2017 article “Hardline Salafist Yasir Qadhi Headlines Islamic Society of Boston’s Ramadan Fundraiser.”

Qadhi’s sermons illustrate the extreme views he holds on nonbelievers and transgressors of Islamic law.

As Swindle notes, at the 66:26 mark in this sermon, Qadhi states:

“…this is part of our religion to stone the adulterer and to chop the hand off of the sorcerer and so many other things, and to kill, by the way, the homosexual — this is also our religion… This doesn’t mean we go and do this in America… but I’m saying if we had an Islamic state we would do this.”

In another sermon, Qadhi attacks Christianity as “an evil lie” and states that any Christian who believes in the Trinity is “getting his information from Satan.”

“To say that Allah has a child cannot come from the intellect… they [Christians] literally invent it from their mouths… It’s just words. It’s hot speech… When the mountains hear that certain beings [Christians] attribute a child to Allah, those mountains they want to crumble… What a monstrosity comes from their mouths. What an evil lie their mouth utters. Anyone who says Allah has a child or children or daughters or sons, this is not true. This person is getting his information from Shaytan [Satan].”

Like Yasir Qadhi, EPIC’s recently hired youth minister Yusha Evans also has made some troubling statements. For example, in December 2013, Evans was called out for the following Facebook post:

At the 32:33 mark in this sermon on YouTube, Evans discusses Islamic eschatology and the moment when “Isa [Jesus] will abolish Christianity by breaking the cross and saying I was never crucified.”

On his own website, Evans describes Christians and Jews as “kafir” and proceeds to explain:

“It is not permissible for any Muslim man or woman to join the Christians, Jews or other kafirs in their festivals, rather that must be avoided, because the prophet, peace be upon him, warned us “Whoever imitates a people becomes one of them.” Islam is against imitating them and adopting their ways. So, the believer man or woman, must beware of that; it is not permissible to help them in doing that in any way, because these festivals are against sharee’ah (Islamic law).”

Evans advocates a strict separation between Muslims and nonbelievers for fear of contamination. The separation he advocates is a kind of self-preservation to maintain sharia. These are hardly the views of moderates anxious to engage in interfaith dialogue.

In any case, the facts are that pastors like Gaston who participate in interfaith partnerships like the Richardson Interfaith Alliance continue to support Islamic centers that preach hatred. No amount of screenshots, videos, or other documentation sent their way seemed to change their view. They refuse to consider the social media footprint and YouTube trail freely available to anyone curious enough to find it.  Engaging in interfaith dialogue with partners like EPIC and IANT protects these mosques and extremist clerics from criticism and investigation. They also alienate actual moderate Muslims who see such radicals