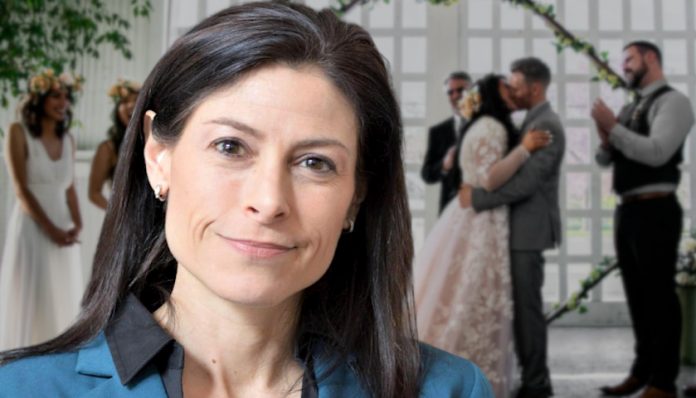 A Michigan-based group has accused Attorney General Dana Nessel of using “police-state tactics” to target Christians, specifically those who hold a traditional view of marriage.

The Thomas More Law Center announced in a Thursday press release that it has sued Nessel in her official capacity as attorney general for failing to hand over documents under Michigan’s Freedom of Information Act (FOIA). Nessel’s office “refused to supply crucial records” related to her alleged targeting of “organizations that opposed her personal ideology supporting same-sex marriage.”

The group sought the documents after finding reason to believe that Nessel’s office was “acting in concert with the Michigan Department of Civil Rights and the Southern Poverty Law Center.” For instance, Nessel’s office issued a press release in February 2019 promising to establish a hate-crimes unit to fight against hate groups in Michigan.

The press release linked to the Southern Poverty Law Center’s “Hate Map,” which labeled Church Militant, a Michigan-based Catholic news outlet, an “anti-LGBT” hate group. According to the Thomas More Law Center, Nessel’s office said Church Militant was “under investigation” when it declined to hand over records.

The law center also pointed to a 2019 decision issued by Chief Judge Robert Jonker of the U.S. District Court for the Western District of Michigan in the case of Buck v. Gordon. In his ruling, Jonker found that Nessel attempted to prevent St. Vincent Catholic Charities from performing adoption and foster placement services because of its traditional view on marriage.

Jonker said that Nessel’s past statements raised “a strong interference of hostility toward a religious viewpoint.”

“St. Vincent was targeted based on its religious beliefs, and it was Defendant Nessel who targeted it,” Jonker wrote.

Finally, the Thomas More Law Center was alarmed by a Detroit News article that claimed the Michigan Department of Civil Right was compiling a database to document hate and bias incidents, even if those incidents did not “rise to the level of a crime or civil infraction.”

The law center filed a FOIA request to obtain more information on the practice, but Nessel’s office refused to comply, which prompted Thursday’s lawsuit.

“This lawsuit is about the right of the people to know what their public officials are doing. We believe that Attorney General Nessel targeted Church Militant because of its stance on traditional marriage as she had done in the case involving St. Vincent,” said Richard Thompson, president and chief counsel of the Thomas More Law Center.

The lawsuit was filed by the Thomas More Law Center on behalf of Michael Voris, founder of Church Militant.

“Nessel has single-handedly turned the Attorney General’s Office into an instrument of thought control by intimidation, using its law enforcement powers to police the speech of Michigan residents,” Thompson added. “One of her primary goals is to suppress the religious definition of marriage that does not conform to her opinions on same-sex marriage.”