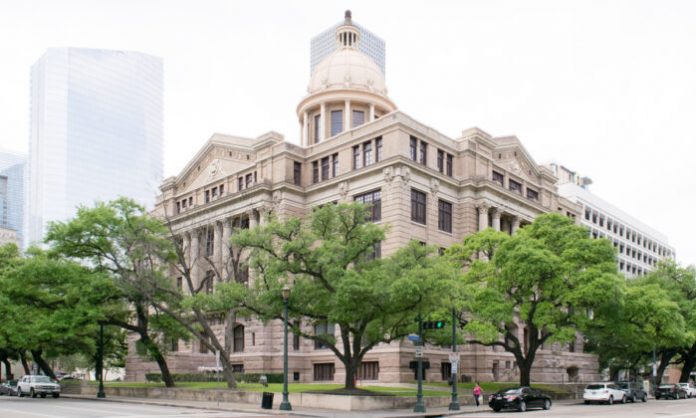 American Marxists are seriously targeting judicial positions in key states—Texas among them.

The Democratic Socialists of America (DSA) has already elected some comrades to key positions in the Lone Star State and is targeting several more positions in upcoming races.

The Marxists understand that it’s not always who makes the laws but who interprets the laws that counts. Influencing the legal process in favor of the left is a revolutionary act.

DSA member Franklin Bynum won his bid for judge in Houston in November 2018 with an endorsement and electoral support from Houston DSA.

His platform “includes plans to stop jailing those who can’t pay bail, an end to ‘plea mill’ practices that coerce guilty pleas from defendants in exchange for freedom, support for diversion programs to reduce arrest, an end excessive to court appearances, and providing more police oversight in the courtroom,” according to Jacobin magazine.

He believes “capitalism drives the horrors of this [justice] system.”

At the same election DaSean Jones, a self-described “criminal justice reformer,” was elected as judge for the 180th criminal court in Houston. He’s also a member of the Houston DSA.

On Jan. 31, 2019, Bynum, Jones, and Tarsha Jackson of the Communist Party-influenced Texas Organizing Project participated in a Houston forum “The end of policing: putting abolition into practice”—”a conversation” with anti-police activist Alex Vitale.

A former Houston DSA member, Vitale is a professor of sociology and coordinator of the Policing and Social Justice Project at Brooklyn College. “He has spent the last 25 years writing about policing and consults both police departments and human rights organizations internationally,” according to People’s World. “He also serves on the New York State Advisory Committee of the U.S. Commission on Civil Rights.”

Vitale is a personal friend of Bynum and is active in the “close Rykers Island” and the “End Gang Database” campaigns in New York.

Comrade Vitale has also advised Bernie Sanders’ 2020 campaign concerning the candidate’s “Justice and Safety for All” proposal—so you can guess how “just” and “safe” these proposals may be.

In November 2019, Vitale gave a similar presentation at the Niebyl-Proctor Marxist Library in Berkeley, California—sponsored by the Northern California Communist Party,

According to the People’s World account of the event:

“In his recent work, ‘The End of Policing,’ Vitale gives a scathing critique of police reformism and presents realistic alternatives to policing, such as restorative justice and harm reduction programs implemented in various departments around the world. The book attempts to spark a public discourse by telling the racist and anti-labor origins of modern policing as a tool of social control, in which police authority is inconsistent with community empowerment, social justice, and public safety.

“Vitale says, ‘The origins and function of the police are intimately tied to the management of inequalities of race and class. The suppression of workers and the tight surveillance and micromanagement of black and brown lives have always been at the center of policing. Any police reform strategy that does not address this reality is doomed to fail.’

“An example is the reformist idea of ‘community policing,’ which focuses on police accountability, diversity, training, and community relations which so far do not produce positive results, either alone or in combination. ‘The problem,’ Vitale says, ‘is not police training, police diversity, or police methods. The problem is the dramatic and unprecedented expansion and intensity of policing in the last 40 years, a fundamental shift in the role of police in society. The problem is policing itself.’”

Imagine a prosecutor trying to bring a case before a judge imbued with this type of judicial philosophy?

According to her campaign website, while working in the Harris County DA’s office, Audia Jones noticed:

“… courts disproportionately filled with the poor, people of color, intellectually disabled, and people suffering with addiction standing accused of non-violent offenses. It became clear that the criminal justice system was sorely broken and was not working for the benefit of our largest and most vulnerable communities.”

A couple of hours away in the state capital Austin, the 1,000-comrade-strong Austin DSA chapter is also endorsing and backing two socialists for high judicial office in Travis County.

“Austin DSA is proud to endorse Dominic Selvera for Travis County Attorney and Jose Garza for DA. Our criminal justice system needs to change. People in Travis County deserve real reform, champions who will end mass incarceration and the war on drugs, eliminate wealth-based detention, protect immigrants, fight racism, and restore integrity to the way victims are treated. If Jose and Dominic win, things are going to change. And we will be the ones changing them.”

How would you like to be a property owner or businessperson in Austin with people like this running the legal system?

The DSA’s infiltration of the Texas judicial system has nothing to do with justice in the traditional American sense. This is a quest for revolutionary justice. It’s an attempt to seize the power of the courts to weaken the “capitalist” system and private property rights to pave the way for worker’s revolution.

This is not justice. It’s subversion. The Justice Department should be investigating and countering the DSA’s penetration of the judiciary before it becomes even more entrenched